After all the singles from George Harrison's 1982 album "Gone Troppo" had failed to chart, "The quiet Beatle" must have been hoping for more luck with his contribution to the Porky's Revenge movie soundtrack, "I Don't Want To Do It". Released in 1985, once again, it failed to chart.
Undeterred, Harrison went to work on a new album "Cloud Nine". Finally, after over 6 years without a chart hit, the lead single "Got My Mind Set On You" (released by Dark Horse Records) became a big hit, peaking at #2 in the UK, and topping the charts in many countries, including the U.S. and Canada. Indeed, this was Harrison's biggest solo chart hit since "My Sweet Lord" had which reached #1 in 1970. 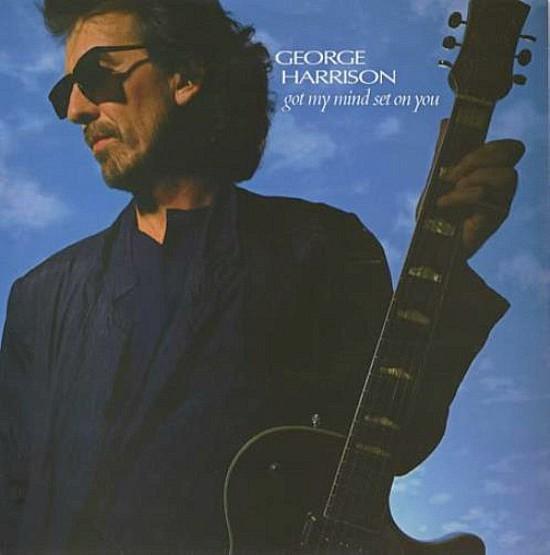 The song was a cover of a track originally recorded by the African American rhythm and blues/soul singer James Ray, and was penned by Rudy Clark. Harrison's cover was the last No.1 in the U.S. by any member of The Beatles.
The B-side featured a remixed version of the track "Lay Your Head" which was originally intended to be included on the album "Somewhere in England", but was never released.
"Got My Mind Set On You" spent four weeks at No.2, being cruelly kept off the top spot by T'Pau's power ballad "China In Your Hand".
A further two singles were released from the "Cloud Nine" album. "When We Was Fab" reached #25 and "This Is Love" reached #55 in the UK.
The amusing video features George Harrison sitting in a red leather armchair strumming his guitar and singing along in time to the song. The room appears to be a study in a stately home/castle with a large fireplace and lots of stuffed animals. The animals and other objects in the room move in time to the music, and we see a mounted stag head pretending to sing and a stuffed squirrel playing a smoking pipe during the sax solo. It's certainly one of the funniest music videos to come out of the 80s.

About halfway through the video, Harrison appears to perform a back-flip out of his chair (it's actually a stunt double) and then performs a dance routine under a spotlight.
Another video (Above) was released featuring Harrison and his band performing in a movie viewer in an amusement arcade, although this received far less airplay. 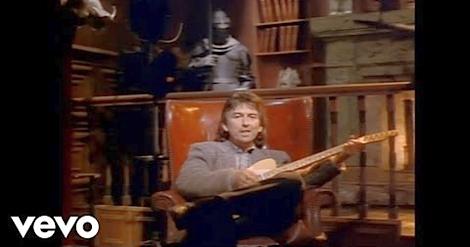 Lyrics for Got My Mind Set On You