GO WEST "WE CLOSE OUR EYES"

80s fanatics will know tht Go West are the pop duo Richard Drummie and Peter Cox, and their best known song is "We Close Our Eyes", which was penned by the duo themselves. The single came with an instantly recognisable video that became an iconic part of the 1980s. Directed by Godley & Creme, it featured the pair performing against a blue backdrop with dancing wooden dolls. It was simple but effective, and helped to give Go West their only top 5 single in the UK. 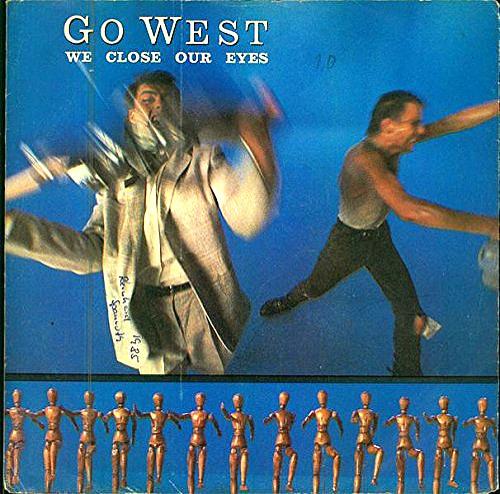 Released on the Chrysalis record label, "We Close Our Eyes" entered the UK singles chart at #68 on 17th February 1985, while Elaine Paige and Barbara Dickson were at No.1 with "I Know Him So Well". The song reached #5 on 7th April for one week, and by this time, Philip Bailey and Phil Collins were at the top of the charts with "Easy Lover". The single spent a total of 14 weeks in the chart.
Go West were also very successful in New Zealand, and here their debut single reached No.1.
The B-side featured the track "Missing Persons" which was the fourth and final track on side two of their debut album.
The guitar break that featured in the "Total Overhang Club Mix" (on the 12 inch vinyl) is often used in live performances of the song.
In 1993, the single was remixed and re-released to promote the compilation album Aces and Kings - The Best Of Go West, which reached #40.
The song featured on the soundtrack for the low budget horror movie Demoni (Demons). It was also included on the duo's debut self-titled album which reached #8 in the UK and #60 in the U.S.
The duo's follow-up single "Call Me" reached #12 in the UK. 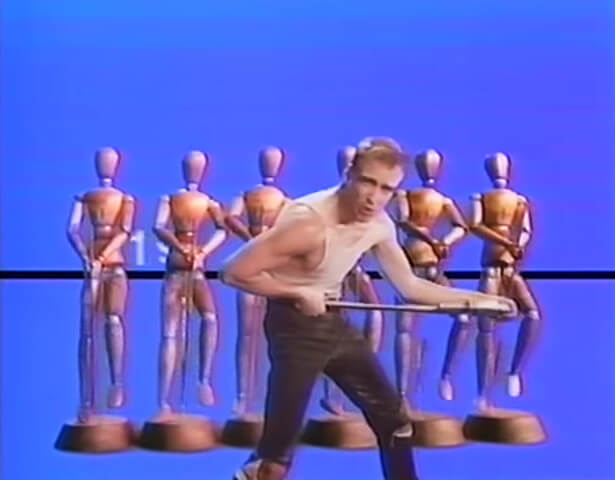 We Close Our Eyes Lyrics

Read “We Close Our Eyes” by Go West on Genius