A TRIBUTE TO GORDON HONEYCOMBE

If you regularly watched the TV in the UK during the 1970s, then you will certainly remember Gordon Honeycombe presenting the news on ITV.

Born in the city of Karachi (in what was at the time the British Raj) in Pakistan in 1936, Gordon Honeycombe returned to the UK with his parents after the war and went on to receive his education at Edinburgh Academy and then Oxford University, before taking part in compulsory National Service in Hong Kong with the Royal Artillery. During his time here, Gordon became a part-time announcer with BBC Radio Hong Kong.

Gordon then decided to venture into an acting career, and became an actor with the Royal Shakespeare Company in Stratford-Upon-Avon and also at Aldwych Theatre in London. Gordon made his debut TV appearance as an extra for the BBC satirical comedy programme That Was The Week That Was in 1963. 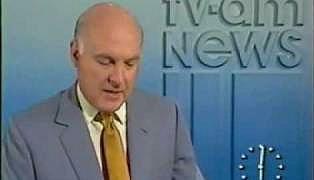 It is as a newscaster for ITN that most people will remember Gordon Honeycombe for, and he read the main news bulletins between 1965 to 1977, starting with a wage of £25 per week - this was actually well above the £17 national average back then.

To the dismay of his many fans, he left ITV to pursue other activities such as writing and presenting other TV shows for the BBC and the ITV networks Scottish Television and Southern Television. Gordon wrote no less than 17 books between 1964 and 2005, with his most recent work entitled Beach.

However, it seemed that Gordon just couldn't resist the temptation of presenting the news, and from 1984 to 1989 he became the main presenter of the news for ITV's new breakfast TV show TV-am. Indeed, he became so popular that Woman's Own readers voted for him as the "most popular male TV newscaster" in 1986.

Although he thoroughly enjoyed his role at TV-AM, Gordon was fed-up with the British climate and became seduced by the warmer climes and more laid-back lifestyle of Australia. Aged 53, in 1989 he left rain-soaked Britain in 1989 to start a new life and continued to write and produce plays and do voiceovers for radio and television. 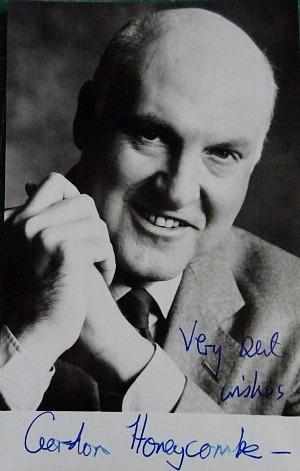 R.I.P. Gordon Honeycombe who passed away on 9th October 2015 after a long illness.