"Take me down to the paradise city where the grass is green and the girls are pretty". Those iconic and unforgettable lyrics, combined with the unmistakable 80s rock sound of Guns N' Roses, made "Paradise City" the perfect tune for playing out loud on your car stereo. 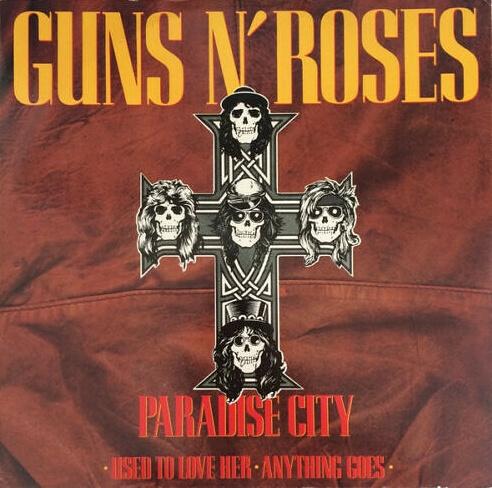 Well, I certainly have fond memories of driving home after a hard day's work on a hot summer's day, one arm leaning out of the window while singing along to this classic tune. I was just turning 20 when this came out, which is still plenty young enough to be pumping up the volume!

Paradise City was Guns 'N' Roses fourth and final single release from their debut album Appetite For Destruction. Released in the UK during March 1989 - the follow-up to Sweet Child O' Mine - the song peaked at #6 in the singles chart. In the US the song reached #5 on the Billboard Hot 100.

Paradise City was the only song on the Appetite For Destruction album to feature a synthesizer. According to Slash, the song was penned in the back of a rental van while the band were on the way back from a gig in San Francisco with the band Rock N' Riders.