by Mark Nobes, chief editor
If you were old enough to remember the 80s, then the chances are that your first experience of Harry Enfield was on Channel 4's Saturday Live, which aired from 1985 to 1988 - this was renamed Friday Night Live in its final year. One of his best known 80s characters was the loud-mouthed cockney plasterer "Loadsamoney". You may also remember the spin-off Geordie character "Bugger-All-Money".

To cash in on the character's popularity, Enfield released a novelty house song with Mercury Records entitled "Loadsamoney (Doin' Up The House") on April 25th 1988, which entered the UK singles chart at No.17 on 1st May, while S-Express were at No.1 with their acid house debut single "Theme From S-Express". Enfield's song reached a peak position of No.4 the following week for one week, while Fairground Attraction were at No.1 with "Perfect", and becoming an 80s one hit wonder.
The B-side was aptly titled "The B-side". The 12" vinyl featured the amusingly titled "Turbo Nutter Mix" (6:58) on the A-side, with the 7" version and "The B-Side" on the B-side, as you would expect!
There were several samples used on the record, including ABBA's "Money Money Money" and "Money, Money" from the musical Cabaret. The song was produced by The Guerrilla Boyz and Krunch Groove.
The single starts with Enfield's character shouting out "Oi, you! Shut your mouth and look at my wad!", with "wad" obviously referring to the bunch of notes he was holding in the video. Talking of the video, it's completely bonkers, and Harry's sidekick Paul Whitehouse appears many times, which includes pretending to play an electric guitar riff and as a DJ at the decks with a hand saw.
At one point, Enfield's character shouts "Derek B? On yer bike!", referring to the British rapper who was popular at the time. You may remember his hits "Goodgroove" and "Bad Young Brother" in 1988. He sadly died on Nov 15th 1999 from a heart attack at the age of just 44.
What is notable about the song is the lack of any distinct melody or chorus, and although there is a rap, there is no actual singing, apart from snippets of other songs using samples. 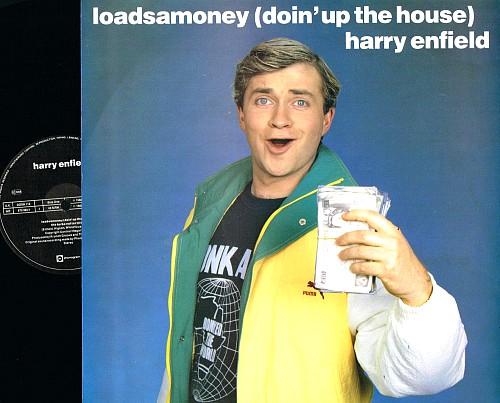 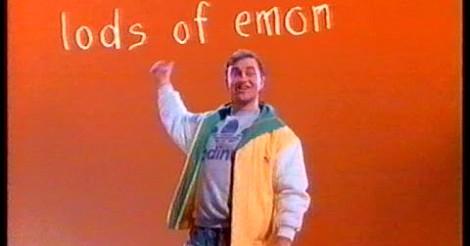 The Toy Dolls - Nellie The Elephant