Well, that sure is a quirky performance in the first video from the playlist above, which is taken from Top Of The Pops. When you're telling your kids about how much better music was in the eighties, please remember not to show them this video!

Lines such as "I know a trick we ought to try, turn right over - you'll know why" and "Shotgun, gimme gimme low down fun boy" didn't seem to bother the BBC, who simply brushed them aside as "nonsensical". It's pretty two-faced when Frankie Goes To Hollywood were banned in 1984 for singing "Relax don't do it, when you want to go to it".

Formed in 1981, Haysi Fantayzee consisted of singers Jeremiah Healy and Kate Garner, and her boyfriend Paul Caplin who was the band's songwriter, producer and manager.

John Wayne Is Big Leggy was the 80's band's colourful debut single and was a double A side with Sabres Of Paradise. The song reached #11 in the UK singles chart.

Healy once accused Boy George of stealing his look, but after the band split-up he went on to work as a DJ and album mixer and, apparently, worked on a Culture Club album!

Kate Garner went on to form a brief solo career before becoming a photographer in LA, California and Paul Caplin now runs his own internet software company. 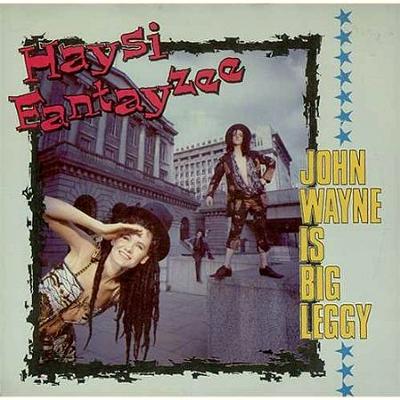 Haysi Fantayzee released three more British singles, of which only one managed to break it's way into the Top 30;

During 1983 the band also released the single Chizoola on 12 inch vinyl in Italy only. 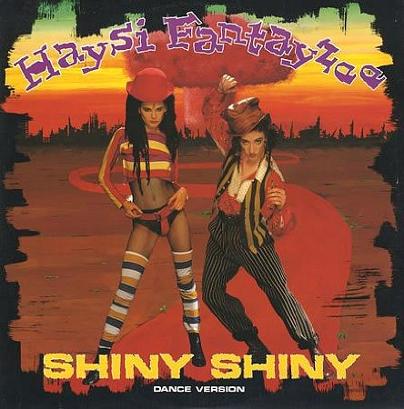 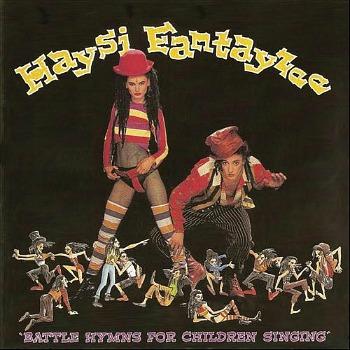 The 10 track Battle Hymns For Children Singing was the only studio album released by the 80s duo (on 12" LP and cassette) and reached #53 in the UK album charts. 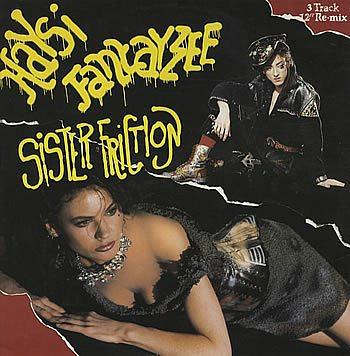 Vinyl sleeve for the fourth and final single Sister Friction