HAZELL DEAN "Whatever I Do (Wherever I Go)"

Firstly, the video features a rare clip of Hazell performing "Whatever I Do (Wherever I Go)" on a German TV show called Flashlights. You can see a Top Of The Pops performance in the playlist on the main Hazell Dean page.
Dean became established as the queen of Hi-NRG, and the classic 80s song became the British singer's second consecutive top 10 single in the UK, reaching No.4, which is her joint highest chart position alongside the 1988 hit "Who's Leaving Who?". 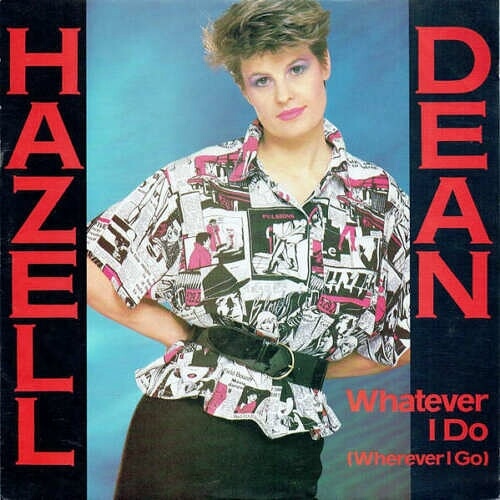 Back in 1984, S/A/W were virtually unheard of, and were working for artists on the Proto Records label. In the same year, they produced Divine's biggest chart hit "So You Think You're A Man".
S/A/W asked Dean to listen to the dub version of Divine's hit, and she was so excited by the sound that she asked them to come up with a follow-up to her first hit "Searchin' (I Gotta Find A Man)". They took the music from a track called "Dance Your Love way" and re-wrote the lyrics. The single became the first top 10 hit for S/A/W, and, of course, they would produce many more hits as the decade progressed.
The commercial success of the single persuaded Dean to ask the production trio to produce her second studio album Heart First, and this was the first album that they produced.
The single's success also helped S/A/W to gain further production work, with Dead Or Alive's frontman, Pete Burns, asking them to produce "You Spin Me Round (Like A Record)" for his band after he heard "Whatever I Do..." on the radio. 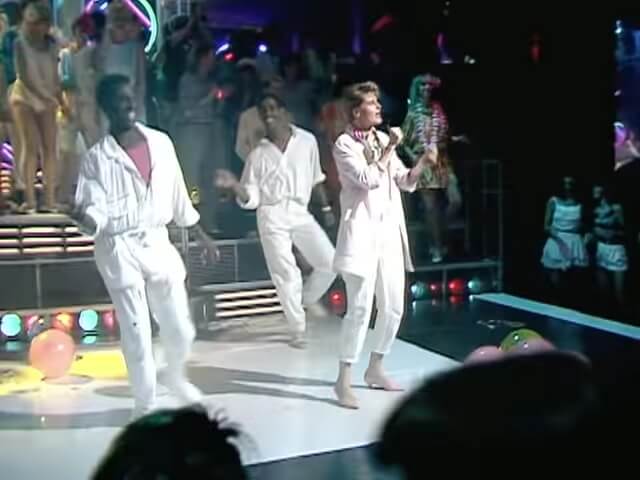 Here we see Hazell dressed in white and performing the single on BBC Top Of The Pops with two dancers wearing similar white attire. Note the balloons, and this was when TOTP was at its peak and had a real party atmosphere. The Radio One DJ who introduced her was Dave Lee Travis.

Lyrics for Whatever I Do... 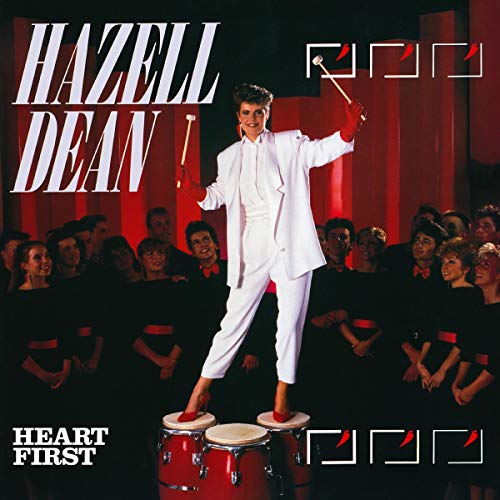