HAZELL DEAN "WHO'S LEAVING WHO"

When this single was released during the spring of 1988, it had been almost four years since Hazell Dean last had a single enter the Top 40 - Whatever I Do (Wherever I Go) reached No.4 during 1984. Her 1987 single "Always Doesn't Mean Forever" stalled at No.92, so it came as a welcome relief when "Who's Leaving Who" entered the UK singles chart at No.37 on 27th March 1988 - Aswad were at No.1 with "Don't Turn Around".
Fortunately for the singer, she soon found herself with another major hit on her hands, when the single reached No.4 for two weeks starting on 24th April 1988. By this time, S-Express were at No.1 with their debut single "Theme From S-Express".
Now, you may or may not know that "Who's Leaving Who" was actually a cover version of a song released in 1986 by country music singer Anne Murray. However, her version was not a hit, only reaching No.93 in her home country of Canada. This version was penned by Jack White and Mark Spiro, and David Hasselhoff's 1991 cover was also produced by Jack White.
Hazell Dean's Hi-NRG version was produced by Stock, Aitken & Waterman, and featured on her third studio album Always. Five tracks on the album were produced by S/A/W, with others produced by Pete Hammond, Ian Levine and Trevor Vallis and Ian Curnow.
The singer's comeback was fairly short-lived, with her next single "Maybe (We Should Call It A Day)" which also produced by S/A/W) reaching No.15, and then "Turn It Into Love" (reaching '21 - the latter track was also produced by S/A/W and released by Kylie Minogue just three months later in Japan only during December 1988. After this, Hazell failed to score any more Top 40 hits. 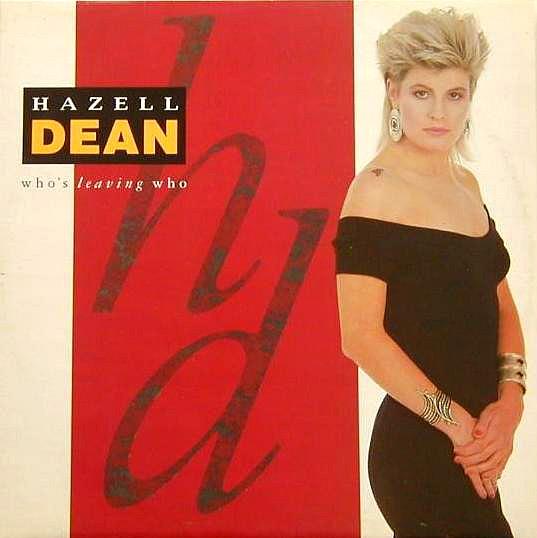 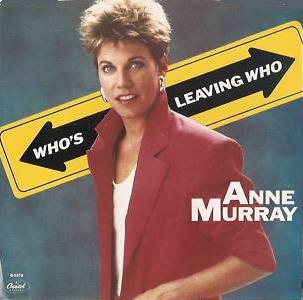 No, it's not Hazell Dean's twin sister. That is Anne Murray!

This video clip is from Top Of The Pops with an introduction from Radio 1 DJ "Ooh" Gary Davies. Watch out for Nicola Sturgeon enthusiaistically clapping behind Hazel - I'm joking, of course! 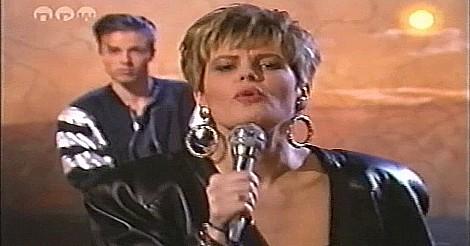 Lyrics for Who's Leaving Who

Donna Summer- This Time I Know It's For Real

Kylie Minogue - Hand On Your Heart

Rick Astley - Never Gonna Give You Up