So what were invaders? Basically, just spaghetti shaped like space invaders and covered in tomato sauce. Actually, it would have been better described as just shaped pasta, because it had absolutely no resemblance to spaghetti!

Now, this was a time when the video game industry was booming, and Heinz were keen to cash in on the popularity of games such as Space Invaders and Galaxian. Of course, Invaders tasted exactly the same as spaghetti in tomato sauce, but the novelty factor of pretending to eat space ships was always going to be a winner with kids.

As well as the standard product, Heinz also released Invaders with Meateors (which were just meat balls) and Invaders Soup, which was cream of tomato soup with pasta shapes. Another favourite from this era was Heinz Haunted House. 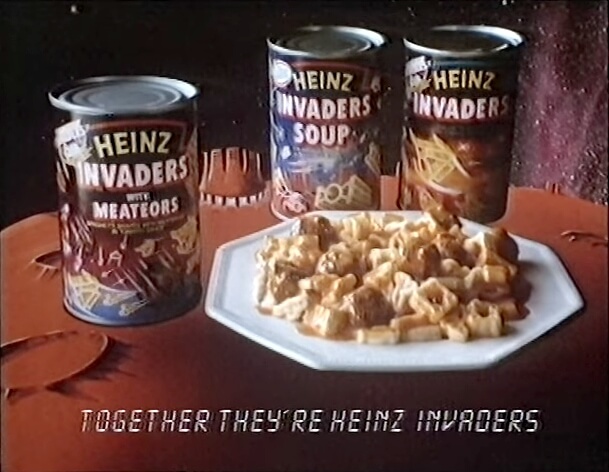 The TV ad featured in the video clip at the top of this page was based around an invasion of a school, with a ship load of tins being sent down for the pupils to enjoy. The teacher tries to destroy a tin with a cricket bat, but gets evaporated! The ad is from 1984, the launch year. 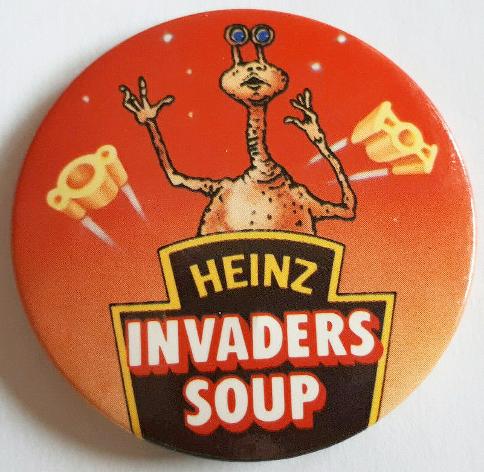 Sadly, they're no longer available, as they were produced from 1984 to 1989. However, a full range of other Heinz pasta products are available, including spaghetti hoops with sausages, alphabetti and Peppa Pig shapes.