Those of you who experienced playing computer games back in the early 1980s, will remember how accessible and easy to play many of them were. There was no waiting around for extravagant intros and long-winded story lines - you almost instantly started playing the game.

I'm going to review two classic style "fly the copter" games for Android devices, and they're both very much like those old games that were programmed in BASIC that you used to type in from magazine listings - ah, those were the days!

On the first game there isn't even a title screen, so I am unsure as to what the actual title of the game is called. The graphics are HD, apparently, although this has done little to enhance the look of the blocky cavern walls - the fact that the graphics are in HD is pretty pointless for a game that is supposed to look like it was created in the 1980s.

I remember that there were dozens of 8-bit games around back in the day which involved carefully manouvering through sideways-scrolling caverns. This one is based on the simplest of those games and, as you have probably guessed by now, involves controlling a helicopter.

Upon opening the game you are taken straight to the instructions screen (see below), and they couldn't be simpler. You simply tap and hold your finger on the screen to fly upwards and release to fly downwards. A realistic, sampled chopper engine sound can be heard whenever your finger is on the screen, with little clouds of smoke bellowing from the back of your copter, which would have me feeling very anxious indeed if I was in control of a real chopper!

I find it rather strange that the engine sound becomes almost inaudible when you release your finger from the screen, and it would have been far better for the engine sound to have been continuously at one level. The constant change from loud to quiet becomes very irritating indeed.  I also feel that the sound should not have been sampled as it would have certainly been generated by a computer chip back in the day. Pretty crude sampling and digitized speech was introduced into a few arcade and computer games around the mid eighties, but nothing as realistic as in this game. 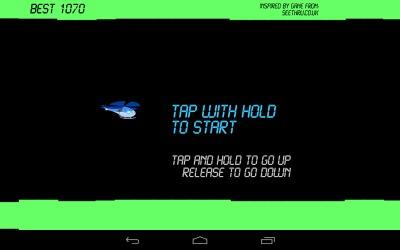 You have just the one life, and the object of the game is to simply fly for as long as possible into the caverns, which gradually become narrower and more difficult to steer through. As well as avoiding the walls, you also need to avoid these nasty-looking vertical walls (which look like the paddles from Pong) that will cause your copter to explode in spectacular fashion should you touch them.

Actually, the explosion isn't that spectacular come to think of it and the scrolling can get very juddery on my 7" Acer Iconia tablet, which affects the gameplay quite severely. For such a basic game, the programming is pretty lousy.

This could have been a whole lot better! 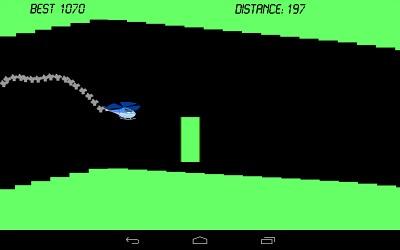 Just why does the programmer believe that is perfectly normal for clouds of smoke to bellow from the back of a helicopter?

The second game features very similar graphics and styling to the first one, but is a lot more pleasing to play, thankfully. The main reason for this is that the sideways scrolling is a whole lot smoother and you can also choose from several options to enhance your gaming experience.

In the options menu you can choose from three helicopter speeds, three cavern types (classic, rock cave and ice cave) and also three grades of roughness for the cavern walls. These options allow you to fine tune the game to your own skill level, making for a far more enjoyable game.

The one letdown is that there is no sound or music, but this is still a far better choice than having the annoying volume changes of the copter sound as in the first game. The helicopter is slightly larger which is helpful, although the smoke clouds look more like the tail of a kite!

Nonetheless, this is definitely the better of the two games and should give you a lot more entertainment. 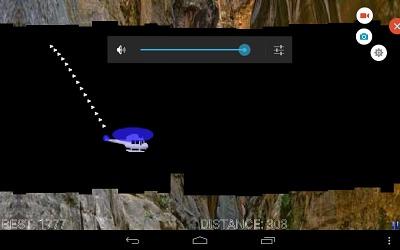 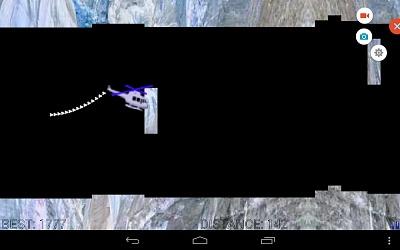 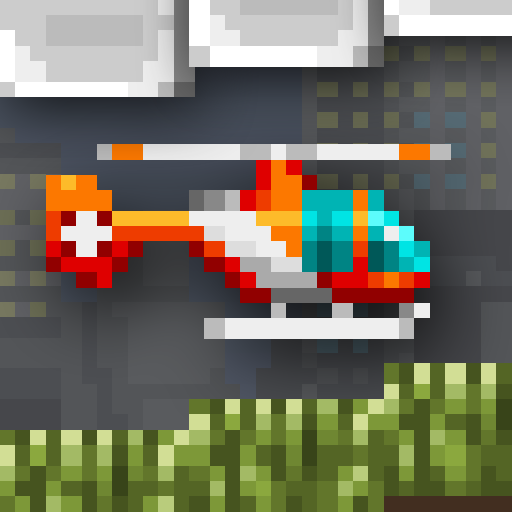 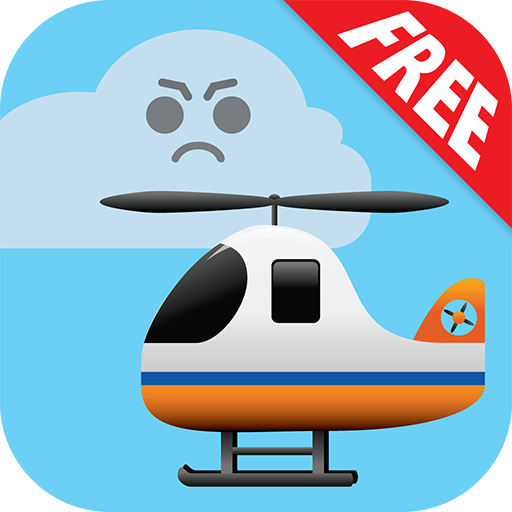 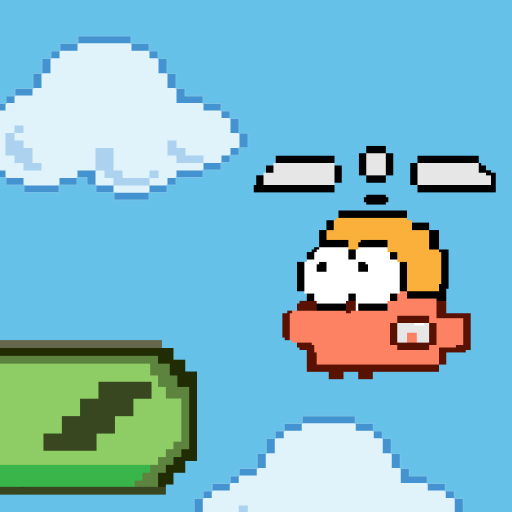