This lively and very funny 70s cartoon (set in Wonderland Zoo) was originally shown on CBS in the U.S. on Saturday mornings in 1971 and '72. It also later made it's way across the Atlantic to the UK, where it was regularly shown on BBC1 during the mid to late 70s, and as recently as the 90s. The series was also shown on Cartoon Network Too as recently as 2007. 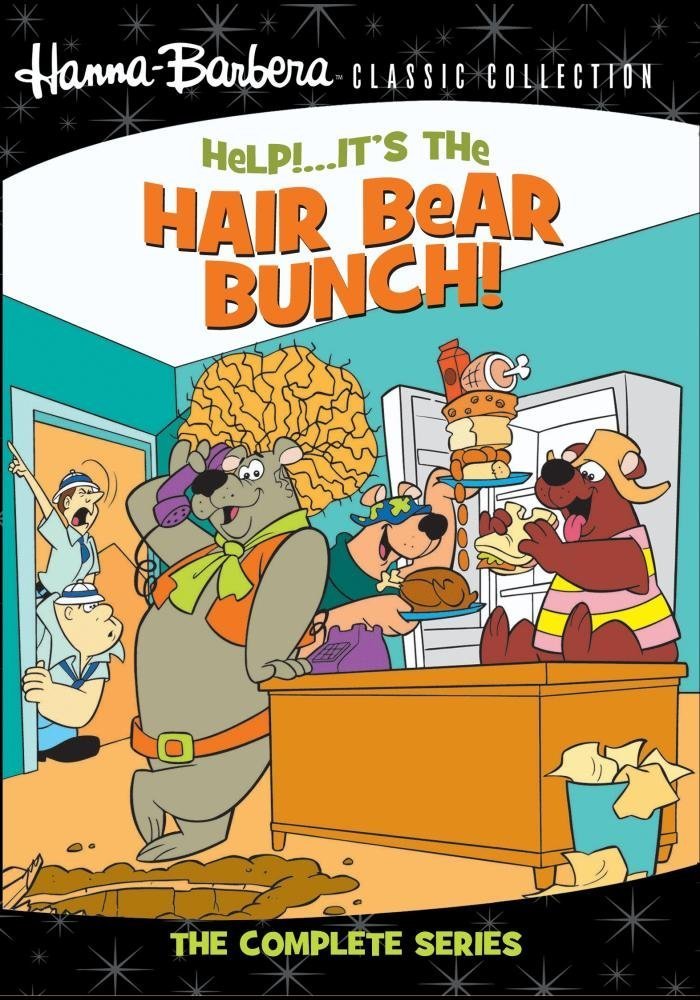 There were just 16 episodes of the cartoon produced by Hanna-Barbera which were all shown in one season.
The storylines revolve around three bears. The leader is Hair Bear (alfroed) who is voiced by Daws Butler. To quote a well-known phrase, he could talk the hind legs off a donkey! His thoughts often turn to making a fast buck or temporarily escaping from the zoo to venture into the big city and have a good time. He often leads the bunch to the zookeeper's cabin to steal food from his fridge. Hair wear a lime green neckerchief, and orange waistcoat and a matching belt with a lime green buckle.
The bears have an easy life in the zoo, and so never have the desire to leave permanently. Indeed, their cave is pretty much like a bachelor pad, which features hidden luxuries such as TV sets, pull-down beds and snooker tables. These are revealed by levers disguised as rocks.
The zoo's director, Mr. Eustace P. Peevly (voiced by John Stephenson) is almost constantly aggravated by the bears actions, and also by his useless assistant Lionel J. Botch (voiced by Joe E. Ross). Botch is tall, fat, unkempt and pretty dumb. He is an easy target for the bears, who trick him into helping them. Botch is always asking for promotion, but never receives it due to always asking after he has made a blunder. His "ooh! ooh!" tick is a trademark of Joe E. Ross who voices the character. He had previously played the role of patrolman Gunther Toody in Car 54, Where Are You? Ross also provided the voice for the bumbling Sgt. Flint in Hong Kong Phooey in 1974. 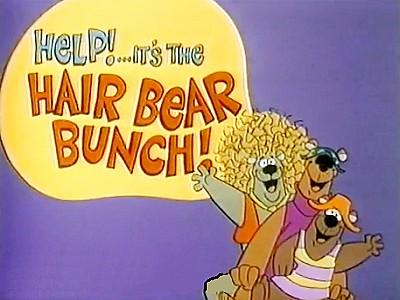 Square Bear (voiced by William Callaway) has a big appetite and a big physique to go with it. He os pretty laid back, although has little intelligence. He had a messy hairstyle which is usually covered by a blue hat with green flowers that sits low over his eyes. He also wears a pink polo neck top. Square Bear also has an invisible motorbike which Hair Bear will often ask to use in escaping from the zoo.
Bubi is the shortest bear and wears a yellow hat (which has holes for his ears) with a pastel yellow and pink striped shirt. Voiced by Paul Winchell, he always talks gibberish, and this is very handy for confusing Mr. Peevly.
The Zoo Superintendant is also voiced by John Stephenson. His name is never mentioned and he is constantly watching Peevly, although his views toward him are generally positive. He often praises Peevly at the end of each episode after Hair Bear has put in a few good words.
Bananas the Gorilla (voiced by Daws Butler) is a friend of the bears. He is strong but pretty stupid, which the bears are quick to take advantage of. His voice is an impersonation of the American comedian Ed Wynn. Wynn was also caricatured in two 1933 Merrie Melodies cartoons "Shuffle Off to Buffalo" and "I've Got To Sing a Torch Song", and also in the Betty Boop short "Betty in Blunderland" (1934). 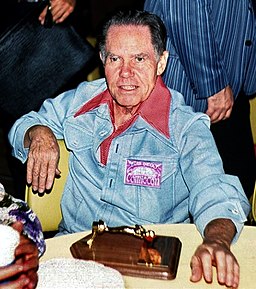 Photo of Daws Butler in 1976 by Alan Light [CC BY 2.0], via Wikimedia Commons
This image show Daws Butler at the San Diego Comic Convention. He provided the voices for Hair Bear, Bananas the Gorilla, Furface the Lion (shared voice with Paul Winchell) and Bumbo the Elephant. He also provided voices for many other well-known Hanna-Barbera cartoon characters, including Fred Flintstone, Yogi Bear, Huckleberry Hound, Quick Draw McGraw and Snagglepuss. 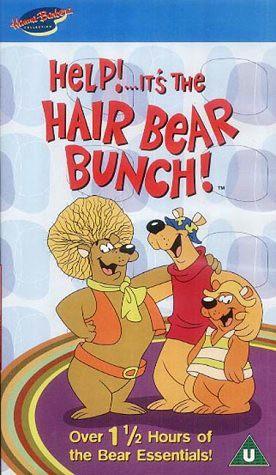