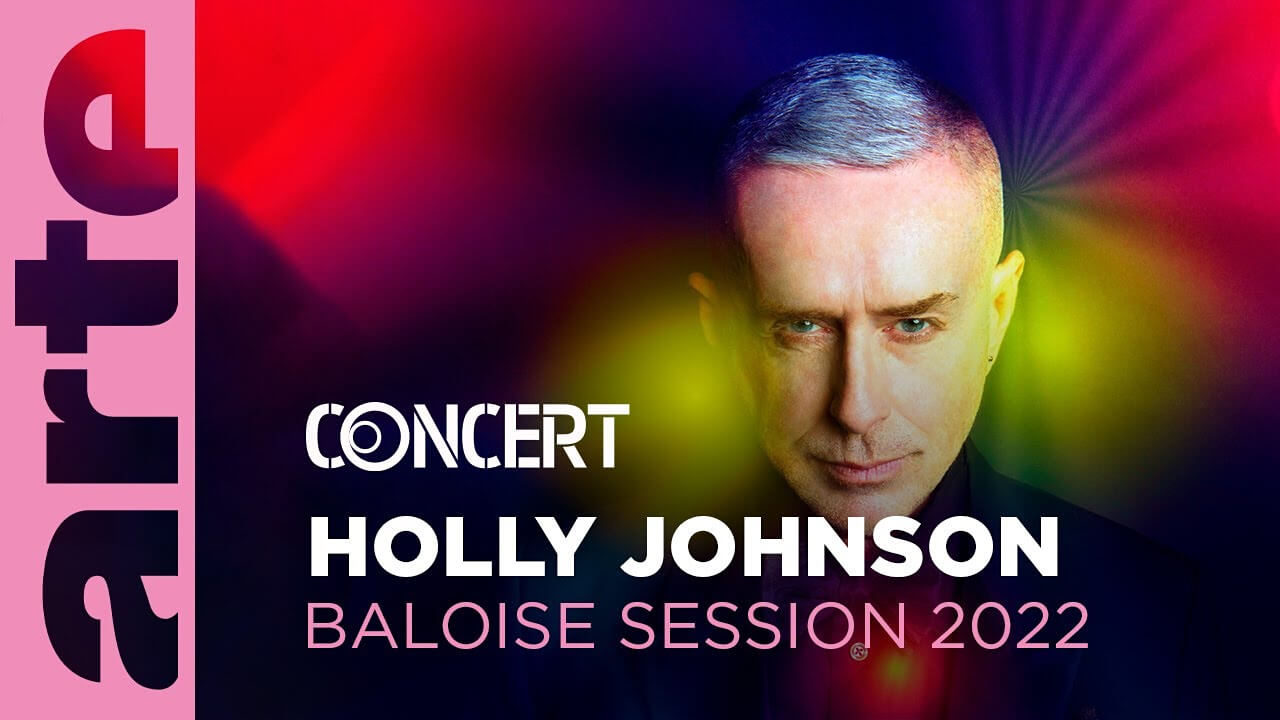 This is my review of Holly Johnson performing the songs of Frankie Goes To Hollywood and his own solo singles live at the Baloise Session Music Festival in Basel, Switzerland on November 11 2022.

The show opens with "War", an anti-Vietnam War track from the Welcome To The Pleasuredome album, and originally released by Edwyn Starr. Holly really is on top form for this one (fantastic vibrato), although he does appear to forget his lines at one point, choosing to tell us "this song is for the people of Ukraine" when he realises he's mucked up and hoping that nobody notices. The musicianship is fabulous, though.

Warriors of the Wasteland

Next up is "Warriors of the Wasteland", which was Frankie's sixth single, and never got the recognition it deserved. I love this rendition, which slips in elements borrowed from "Relax" and "Welcome To The Pleasuredome". The guitar work is gorgeous and the solo is simply awesome. Holly's voice is a little dodgy on the lower notes, but his top notes are excellent.

Welcome to the Pleasuredome

Johnson tells the crowd "it's lovely to be here, thank you for coming" in his amusingly camp manner, before performing a favourite of mine "Welcome to the Pleasuredome". His vocal is mostly spot on, but once again, the low notes on "here comes the supernova" sound out of place. The band's electro-rock performance sounds sublime, with the bassline and guitars sounding particularly epic.

Frankie's come-back single from 1986 "Rage Hard" is up next, and features a fabulous intro. Unfortunately, although he has nice vibrato, Holly is really struggling at times with the vocal performance on this one, and I remember Holly himself once stating that he always found this one "difficult". Maybe, he shouldn't attempt it at all and simply leave it out of his live performances, although I do like the band's production. 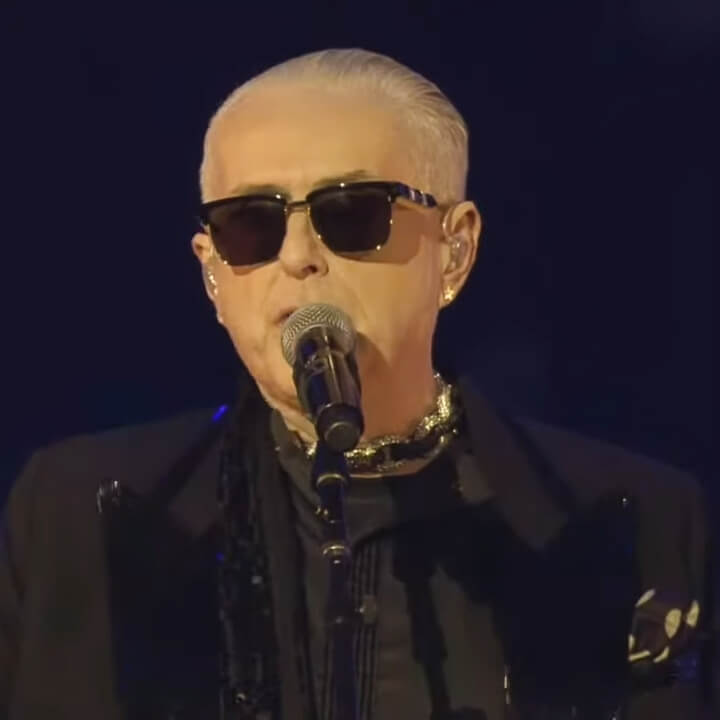 Holly announces that he's taking a break from the songs of Frankie Goes To Hollywood and performs his second hit single from Blast, "Americanos", which takes a swipe at consumerism in a very joyous manner. I'm confused by Holly telling the audience "this is from a time when America really was great", given the lyrical content. Really Holly?

He then takes us for a ride on his "Love Train", which was the first top 5 hit for Holly after leaving Frankie. He sings it well, although it lacks the growl when he sings "riding the love train", which I really missed. It feels upbeat and danceable, though, and is a refreshing break from the Frankie stuff.

Do Ya Wanna Funk

Next he performed a cover of the electro-disco gay anthem "Do You Wanna Funk" by Patrick Cowley and Sylvester, which is a particularly good performance and well-suited to Holly's voice. It's the kind of song that Holly himself could've written as a follow-up to "Relax", given that the chorus sounds very sexual without actually using an offensive word. This is definitely a highlight of the concert.

In And Out Of Love

"In And Out Of Love" was the second single from Johnson's 2014 solo album Europa. It's very easy-listening and it received some airtime on Radio 2, due to its infectious chorus. However, I much prefer the debut "Follow Your Heart" which was more gutsy, or even the title track (produced by Vangelis and sounding like a track from a Frankie album) which would've have been a much better choice. This one sounds like a song written for Daniel O'Donnell and really lacks punch, although Holly's sublime vibrato is allowed to shine, at least.

The fourth single from Blast "Heaven's Here" is up next, which never made the top 40 here in the UK but reached #22 in Ireland. It has a tea-time chorus and is lyrically quite impressive "we're playing Gods and angels", being a favourite line of mine. It's a song that could've been a bigger hit with a better production. His performance is decent enough, although by now, he's starting to sound like he needs some throat lozenges.

A concert favourite "Penny Arcade" is next, which is a track from Holly's second solo album Dreams That Money Can't Buy (which was rather weak), but was never released as a single. I've always liked this song and its bleepy backing track, and it's one that definitely sticks in the head. It's a song well-suited to his vocal style, and maybe that's why he chose it to perform live, and I just love that sax solo.

Next we are introduced to Holly's band, and he asks the multi-instrumentalist, Robert Hughes, to show him his flute! He also introduced "King of the keytar", Steve Power, Lilly Gonzales on percussion (and backing vocals on "Watching The Wildlife"), Austrian bassist Vincent Benjamin on bass guitar, musical director Richard "ficken" Brook, Stelios Kay on lead guitar, vocalist Kelly Olivia Barnes, who also sings with Heaven 17,  "last and least" keyboardist Pete Feint.

Frankie's last stand, "Watching The Wildlife" is next, and this rocked-up live version is impressive, as is Holly's voice. I've always liked the vocal harmonies and production on this one. I do miss the Anne Dudley string section, though, and the synthy replacement doesn't cut the mustard.

Then it's what everyone has been waiting for, with Holly announcing "are you ready for an ejaculation". Yes, it's the money shot "Relax", which comes with an epic intro and feels like some very satisfying foreplay - it was well worth the wait. Holly's voice comes into it's own as he belts this out with real fire in his belly.

The penultimate track is my all-time Frankie favourite "Two Tribes". From the opening air raid sirens, to that driving bassline, it's hard to go wrong with making this one sound epic, and Holly and his band give the performance of their lives. I just wish Holly could've sounded as gutsy on some of his earlier performances, because when he's on form he is fabulous! 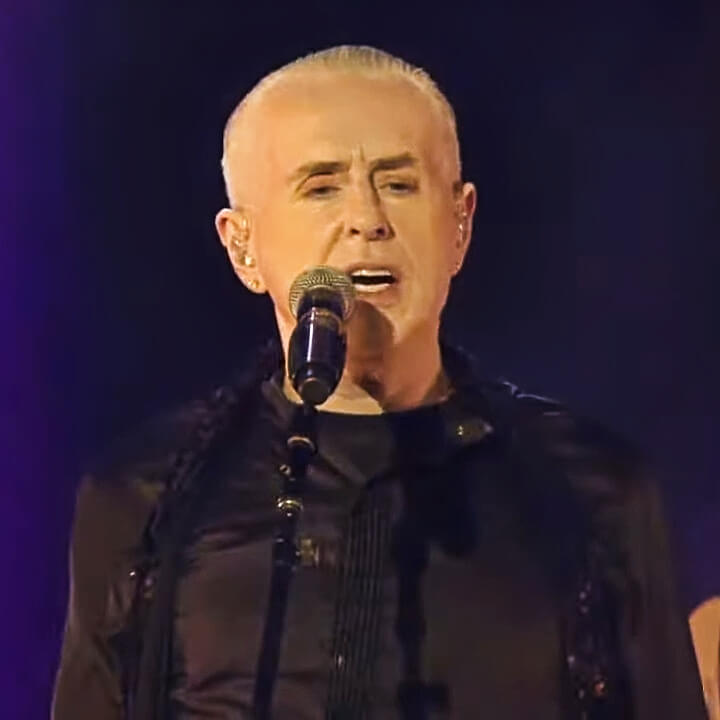 The Power of Love

Of course, the finale was always going to be the festive favourite "The Power of Love", and although his voice isn't always pitch perfect, it's a passionate, gritty performance, and the perfect way to end an enjoyable concert. The musicianship, once again, is top class.

Overall, I enjoyed this concert very much, with Holly's delightfully camp introductions to the songs and his bellowing smoke machine adding to the entertainment. There was a great atmosphere and nice interaction with the audience, and his fans certainly looked like they were having a good time.
Although Holly struggles at times on some of the songs, when he's on fire he is a delight to listen to. His backing band is top notch, and sounding a lot more polished and beefier than on some of his previous concerts, such as at Koko in 2014.
Some of the song choices are questionable, though, and the omission of "Atomic City" was a big disappointment, as I think this band would perform it beautifully. Overall, I think 7/10 is a fair score. Not perfect but Holly certainly knows how to put on a show. 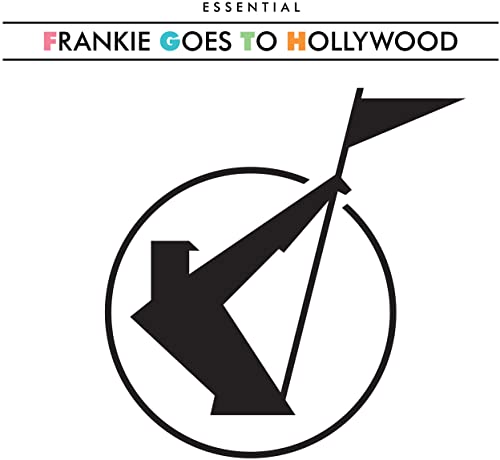 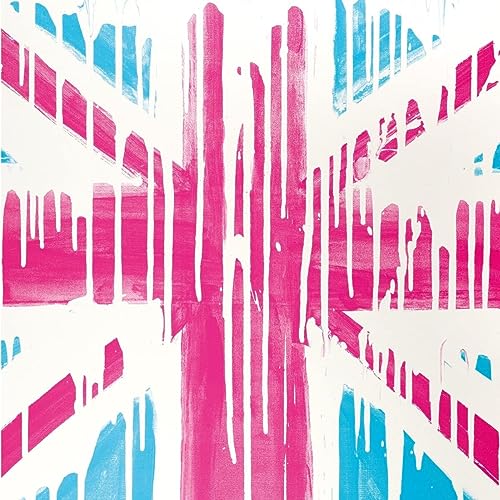 Unleashed from the Pleasuredome: Live at Koko - Holly JohnsonBUY from AMAZON