HOW TO CREATE A GOONIES SLOTH COSTUME

If you grew up in the 1980s, then chances are that you watched the adventure comedy movie The Goonies at some point in the great decade. Released in 1985, the film received mostly positive reviews and raked in over $61 millions at the box office. There was also a popular computer game for the 8-bit computers released by Datasoft and U.S. Gold. 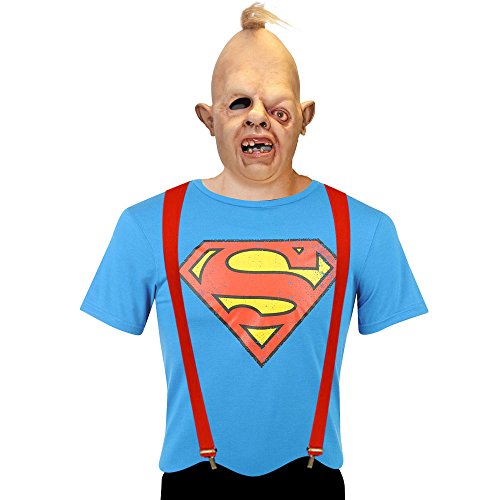 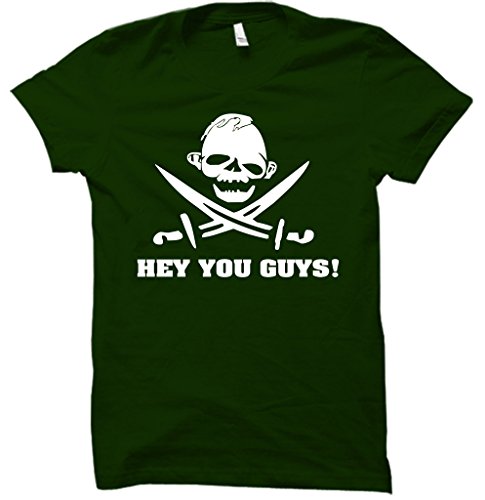 From the US? Sloth Costume at Amazon.com

The loveable Sloth is my favourite character in the movie, and I was very envious of Chunk being able to take him home with him at the end of the film! I thought it would be a nice idea to show you how to create a Sloth costume on a tight budget, and it's an ideal choice for 80s, movie and Halloween dress-up.

Lotney (Sloth) Fratelli was one of three brothers in The Goonies, and was played by the late John Matuszak. His favourite superhero is Superman, and he can be seen wearing a classic logo T-shirt with red braces while fighting with his two brothers at the Inferno. In fact, this is one of the most iconic images from the film.

For this post, I will show you how to recreate that look. You can buy a ready-made costume, although it's pretty expensive and at least double the cost of creating your own outfit using separate items. Such a costume is, of course, ideal for Halloween, 1980s and movie themed parties and events.

This Sloth Costume comes in many sizes and can also be bought at Amazon. However, I don't recommend it as you are paying a very high price for what is essentially a T-shirt, braces and a mask. Check out these separate items below... 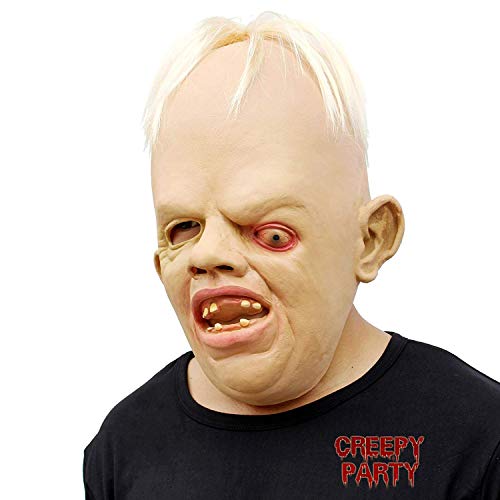 If you want to buy your mask seperately, then I recommend the mask above which is available from the Creepy Party Store and fulfilled by Amazon. It's made from 100% natural latex and very reasonably priced.

There is a wide range of low-cost Sloth masks available at Amazon...

Next we have the classic, blue Superman logo T-shirt. These are widely available, and you may even have an old one lurking in your wardrobe somewhere. If you're only going to wear it once then, obviously, you can opt for the cheapest option. However, if you want to wear it long-term then you may wish to choose a more expensive tee, such as the official DC Comics one. 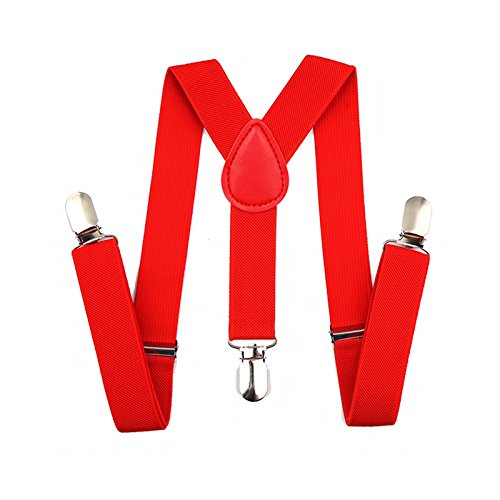 You can buy red braces for a few pounds, although many are likely to fall apart the moment you wear them. I recommened I these heavy duty, elasticated braces above, which are available from the Trimming Shop Store and the order is fulfilled by Amazon.co.uk.

So what about the pants/trousers. I recommend wearing a dark blue or black pair of jeans, which you'll probably already own. An old, ripped pair would be ideal.

One of the most memorable lines from the film is "Hey you guys!" and if you want to create an alternative costume, then you could use a T-shirt printed with the slogan. There are many official and unofficial designs available.

View all "Hey You Guys" T-shirts at Amazon UK 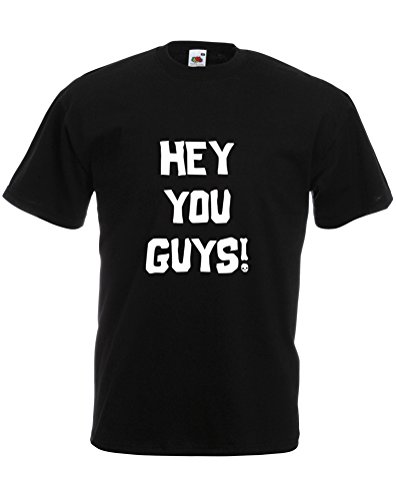 You could leave out the braces and just wear the tee with a mask. Of course, if you're a real cheapskate then you could just wear the T-shirt as your costume!

Whatever you do, have fun creating your costume and wearing it.

You will find many more 1980s costume ideas for men at my website;