"Hide and Seek" was Howard Jones' third single to be released from his debut album Human's Lib. It was the only single from the album not to reach the UK top 10. I guess it was a tad to melancholic and spiritual for some, but it's a masterpiece of a song which shows just how talented this guy really is.
Despite being only a moderate hit in the British Isles, other countries were more appreciative, such as Ireland, where the single reached the top 5.

The B-side of the 7" vinyl single featured the instrumental track "Tao Te Ching". The 12 inch also included another instrumental "China Dance", as well as the "Hide & Seek (Long Version)" (8:30).
The lyrics are about the time before the start of the universe according to various faiths and practices such as Hinduism and Buddhism. "There was a time when there was nothing at all, nothing at all, just a distant hum".

The video starts with Jones pretending to play a pan flute against a celestial backdrop, before we see him repeat the part on his keyboard. We then see him surrounded by his synths against a backdrop of various scenes on a green screen (very 80s!) such as space, waves, forests, lakes, a sunset, desert sands and clouds.

The single entered the UK singles chart at No.24 on 12th February 1984, making it the second highest new entry that week - The Style Council enjoyed the highest at No.8 with "My Ever Changing Moods". "Hide and Seek" reached No.12 on 4th March, where it remained for two weeks. The song spent a total of 12 weeks in the Top 100, which is pretty decent.
A fourth and final single from Human's Lib "Pearl in the Shell" reached No.7 in the UK. 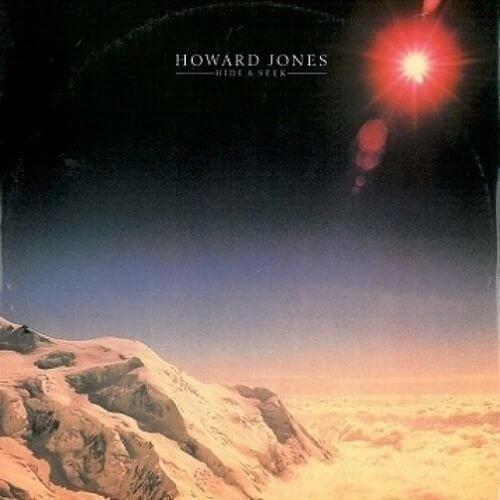