Hue and Cry "Labour Of Love"

"Labour of Love" was the first and only top ten single for the Scottish pop duo Hue and Cry, and was released from their debut album Seduced and Abandoned, which reached No.22 in the UK. However, the duo's next two albums performed better in the UK albums chart, despite not having any top ten singles to back them up. Remote (1998) and Stars Crash Down (1991) both reached No.10.
Brothers Pat and Greg Kane formed Hue and Cry in 1983, releasing their debut single "Here Comes Everybody" on the indepedent record label Stampede. They signed to Circa in 1986, and released "I Refuse" as their first single, which reached No.85 in the UK. Follow-up single "Labour of Love" entered the UK singles chart on 7th June 1987 at No.61, eventually reaching No.2 on 2nd August, where it remained for two weeks before slipping back to No.12.
A remix of "Labour Of Love" by DJ Joey Negro reached No.25 during 1993. This was released to promote The Best of Hue and Cry album. 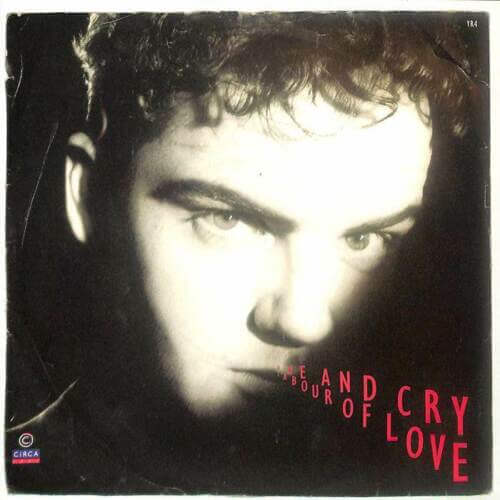 The song was penned by the Kane brothers at the Warner Chappell studios in London, and was indluenced by their love of latin jazz, and also some Yamaha DX7 arpeggios and a latin jazz preset on their Roland CR78 drum machine. Production was by Harvey Jay Goldberg and James Biondolillo. The B-side features the track "Wide Screen".
The video features the boys and three other musicians performing in a large, empty building. They eventually end up covered in what looks like white plaster.

Lyrics for Labour of Love