In the early days of computer games programming, many titles were created by geeky teenagers in their bedrooms. The ZX Spectrum helped to revolutionise the gaming industry, as it was the first truly affordable, mass-produced home computer with a colour display. 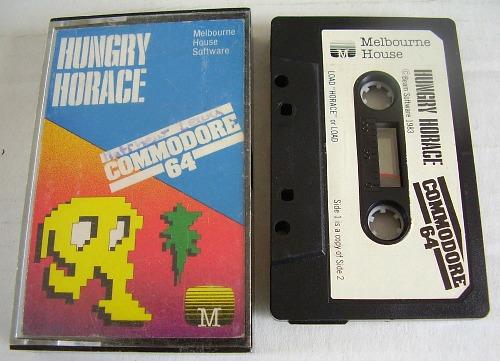 For many people, the Hungry Horace game was their very first experience of computer gaming, as it came bundled with the Spectrum. The game was also made available for the Commodore 64 and Dragon 32.

First published in 1982 (the year Sinclair launched the ZX Spectrum), Hungry Horace was the first of three games featuring the blob-like character. The best description I can think of for Horace is that of a blob with arms, legs and huge eyes. He was the creation of Alfred Milgrom. However, the game itself was the creation of William Tang for Beam Software.

Hungry Horace was heavily based on Pac-Man, although I hesitate to call it a clone. There are differences, with the main one being when you exit the side of the screen you are often taken to another level, rather than to the other side of the same level. You also do not need to clear the screen of flowers (pills) to move to the next level.

The idea of the game is to help Horace collect food and pick flowers from around a park while avoiding the guards. The pills from Pac-Man have been replaced by flowers and the power pills are alarm bells. Ringing the bell startles the guards and, amusingly, their hair stands on end to demonstrate this - they also look very unhappy. That's not surprising really, for while the guards are in their startled state, Horace can eat any one of them! Also, they sometimes drop their lunch (cherries or strawberries) which Horace can eat for bonus points.

Interestingly, the C64 version was unique in that it also included a level editor which allowed you to save levels to cassette.

Two more titles were created by William Tang, Horace Goes Skiing and Horace & The Spiders (ZX Spectrum only). A fourth title entitled Horace To The Rescue was never published after Tang fell ill with a collapsed lung during the game's development.

As with many of the earliest ZX Spectrum titles, the game's graphics are quite crude, although the gameplay is quite addictive. Indeed, before the gaming industry became more commercialised and whole teams started creating games, bedroom coders would focus mainly on the game play itself, with the graphics taking second place. I remember that before the Speccy came along, coders using earlier computers (such as the ZX81) would have to rely on very blocky, low-res graphics, or even letters and numerals to create game objects due to the very limited memory capacity of the machine. 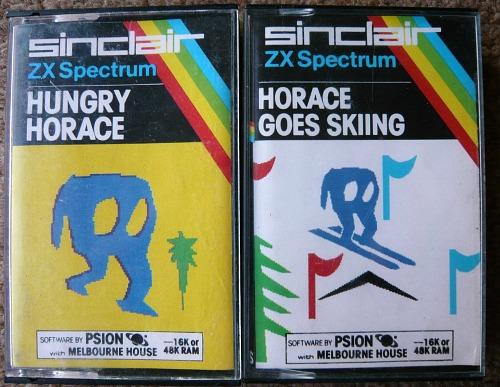 So which was the best version of the game?

I haven't played all three versions of the game, but if I were to judge them by the video clips at the top of the page, then, personally, I think the Commodore 64 version has the smoothest and fastest gameplay, and the animation of horace running is superior to the Spectrum and Dragon versions. The C64 version also included a level editor which extended the life of the game considerably.

However, the Spectrum version is more colourful and certainly more pleasing visually. The Dragon version appears to be pretty slow (despite being programmed in machine code) and also has putrid colours - orange and pink just do not go together - and is my least favourite version.

While the first Horace game won't be remembered for being one of the best games to come out of the 80s, it will be remembered by many as being the very first game they ever played on a home computer, and he is an 8-bit legend for those people. 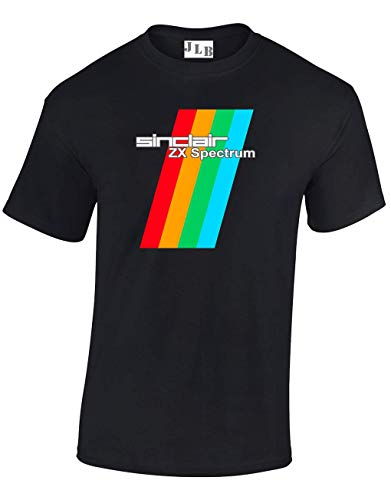 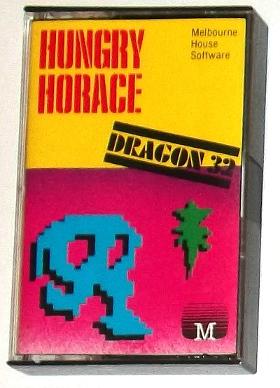 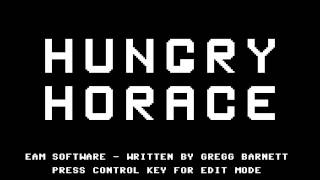 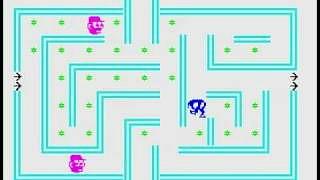