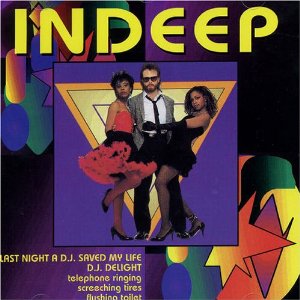 Indeep was led by the songwriter-musician Michael Cleveland. This funky disco-style track by peaked at No.13 in the UK during January 1983. In the U.S. it reached the Top Ten in both the R&B and Club charts. The vocalists were Reggie and Rose Marie Ramsey.

This 80s classic was the group's only hit in the UK, with the follow-up single When Boys Talk failing to break the Top 40, peaking at #67. However, it did manage #16 on the U.S. Club charts.

The lyrics are about a bored lady who is stuck at home, unable to communicate with her boyfriend who doesn't answer the phone. She seriously considers leaving him until the DJ on the radio plays a tune she really likes. The DJ saves her life from a broken heart.

In 1983, South African vocalist Margino recorded a cover for her self-titled album.

The most recent cover (that we know of) was in 2013 by Milk Inc. (also known as La Vache) who released a trance version. 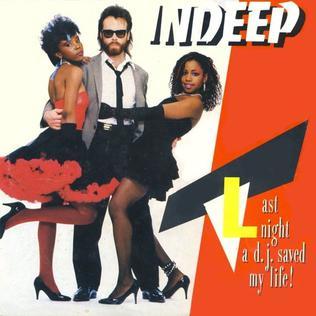 Lyrics for Last Night A DJ Saved My Life