"Calling All The Heroes" was the only Top 40 hit for the British band (from Cumbria), making them an 80s one hit wonder. The single entered the UK singles chart at No.87 on 29th June 1986, eventually reaching No.6 for one week on 17th August. The track was lifted from the band's first album The Big Lad in the Windmill, from which two other singles were released; All In Red and Whole New World.

The band released a re-recorded version of "Calling All The Heroes" (with guest performers) in February 2010 to raise funds for flood relief following the Cumbrian floods of late 2009. You can watch this video further down the page.

Although not taken seriously by some critics, the band became one of Britain's top underground rock acts during the late 80s, with excellent live performances and filling venues the size of the Hammersmith Odeon.

Lyrics for Calling All The Heroes 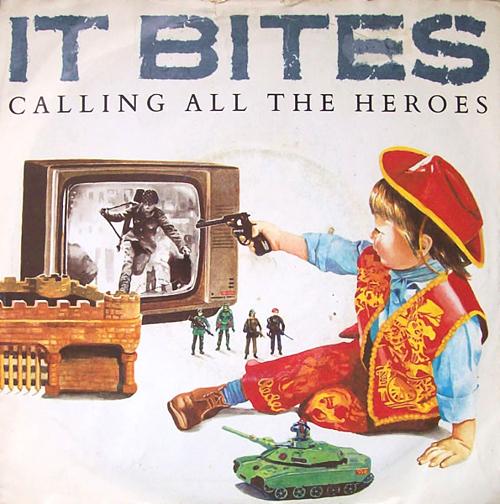 Whatever Happened to It Bites?

It Bites split-up in 1990, but have since reformed or partially reformed with various line-ups. Bass player Dick Nolan left the line-up in 2008 but helped with the 2010 release of a new version of Calling All The Heroes. The aim was to raise money for the victims of the floods in the band's home county of Cumbria. Nolan's replacement, Lee Pomeroy, is only a part-time bassist, and Nathan King from Level 42 replaces him when he isn't available.

In 2011, the band released the album It Happened One Night, and on March 26th 2012 they released another studio album entitled Map Of The Past.

In 2019, an announcement by drumer Bob Dalton on Facebook stated that "It Bites won't be touring or gigging again". Frontman John Mitchell (who joined in 2016) claimed, however, that he was not informed of the announcement and would continue to work with keyboardist and guitarist John Beck, with or without Dalton.

On 13th October 2022, a fascinating interview with frontman Francis Dunnery by Rob Burgess on his 80s Rewind Show Podcast was released, and you should definitely take a listen! 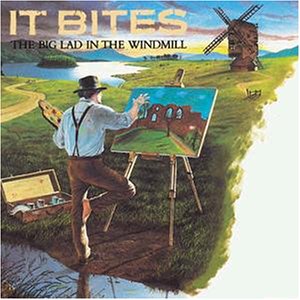 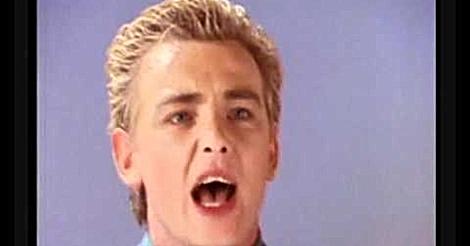 This video clip features the band performing their debut single live on The Tube. Despite the dodgy 80s mullet, this is a cracking performance and a band that take their music seriously. 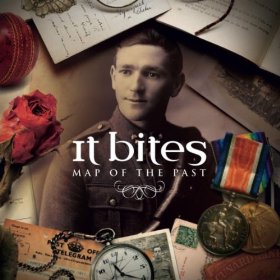 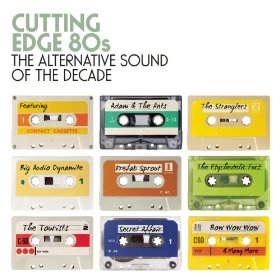