If someone were to ask me to take them back in time for a day to show them a slice of the 80s, then I would start by showing them an episode of Miami Vice. With its cool and casual pastel suits, Ray-Bans, Ferrari's and this very 80s synth-based instrumental as its theme music, the crime drama helped to popularise several fashion trends associated with the decade, including a trend for designer stubble as worn by Don Johnson as Sonny Crockett, and wearing your suit jacket over a T-shirt. 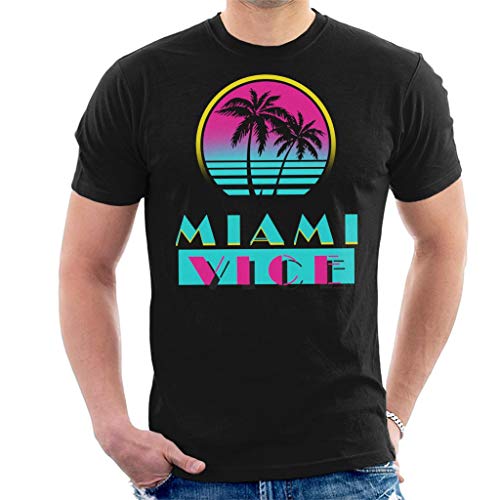 Indeed, there is now a lot of artwork that is based around the turquoise and pink Miami Vice titles and Miami itself with palms, sunsets and flamingos, and this can be found on mugs and T-shirts in abundance.
According to Jan Hammer himself, he was allowed a lot of freedom to create the theme song (and also Crockett's Theme) by executive producer Michael Mann. The single reached the top of the U.S. Billboard charts in Nov 1985, and also received two Grammy's in 1986. In fact, it is so rare for an instrumental to top the charts, that it wasn't until 2013 when another instrumental, "Harlem Shake" by Baaeur, reached #1.
"Miami Vice Theme" entered the UK singles charts at #30 on 6th October 1985, quickly climbing to #10 the following week and then its peak position of #5 for one week on the 20th Oct chart, while Jennifer Rush was at No.1 with "The Power Of Love".

The Miami Vice Soundtrack album topped the U.S. album charts for 11 weeks during 1985. Jan Hammer created another three tracks for the album, Flashback, Chase and Evan, which were all instrumentals. Other artists to contribute tracks for the album were Glenn Frey, Chaka Khan, Phil Collins, Melle Mel and Tina Turner. 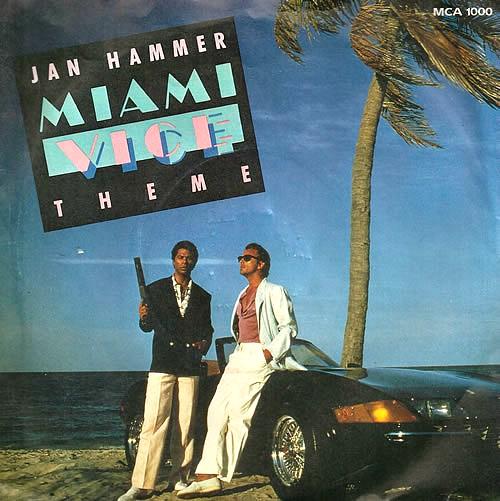 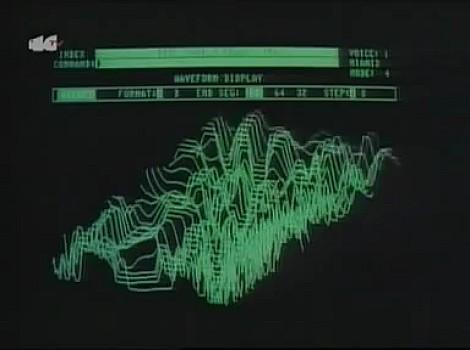 The video features Jan Hammer (wearing a shiny suit) with his Fairlight CMI synth set-up that includes a green screen monitor showing 3D sound waveforms, which looked very impressive at the time, I can assure you! Hammer is stood next to a big projector screen which is showing scenes from an episode of Miami Vice that features Jan himself as a fugitive on the run from Crockett & Tubbs. Just over halfway into the video, Jan plays an electric guitar and keytar, accompanied by some quirky dance moves that my Dad would have been proud of!
You will probably also remember "Crockett's Theme" by Jan Hammer which became a hit in 1987 and featured on the Miami Vice II soundtrack album. 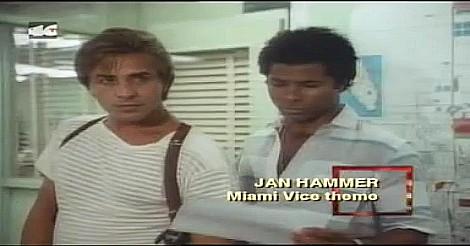