Now here is a real classic that gave many hours of joy back in the day. Jetpac is a critically acclaimed arcade shooter game that was released for the ZX Spectrum and Commodore Vic-20 in 1983, and later for the BBC Micro in 1984.
Published by Ultimate Play The Game (succeeded by Rare in 1988), this was the first title to be released by the video game developer, and the first in a line of Jetman games. 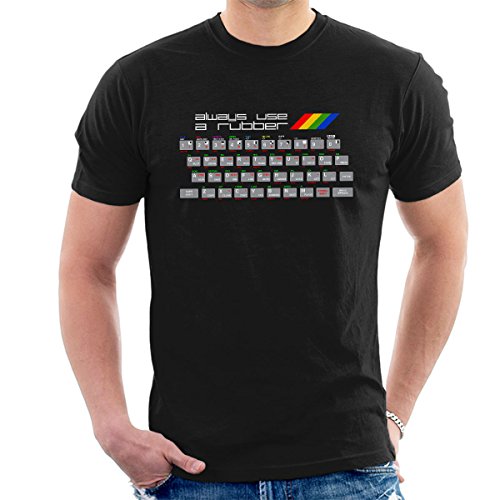 The game was created by the co-founder of Ultimate, Chris Stamper, with the graphics being designed by his brother, Tim. Tim's wife, Carol, also helped co-found the company. Of course, during the 80s, computer games didn't require huge teams of people to create them.

The idea of Jetpac is to help Jetman rebuild or refuel his rocket to enable him to journey to different planets for exploration. However, he has to contend with a variety of hostile aliens during the process. There are eight types of alien, with a different type on each level that has different characteristics. Every 8 levels, the game cycles back to the first alien type. 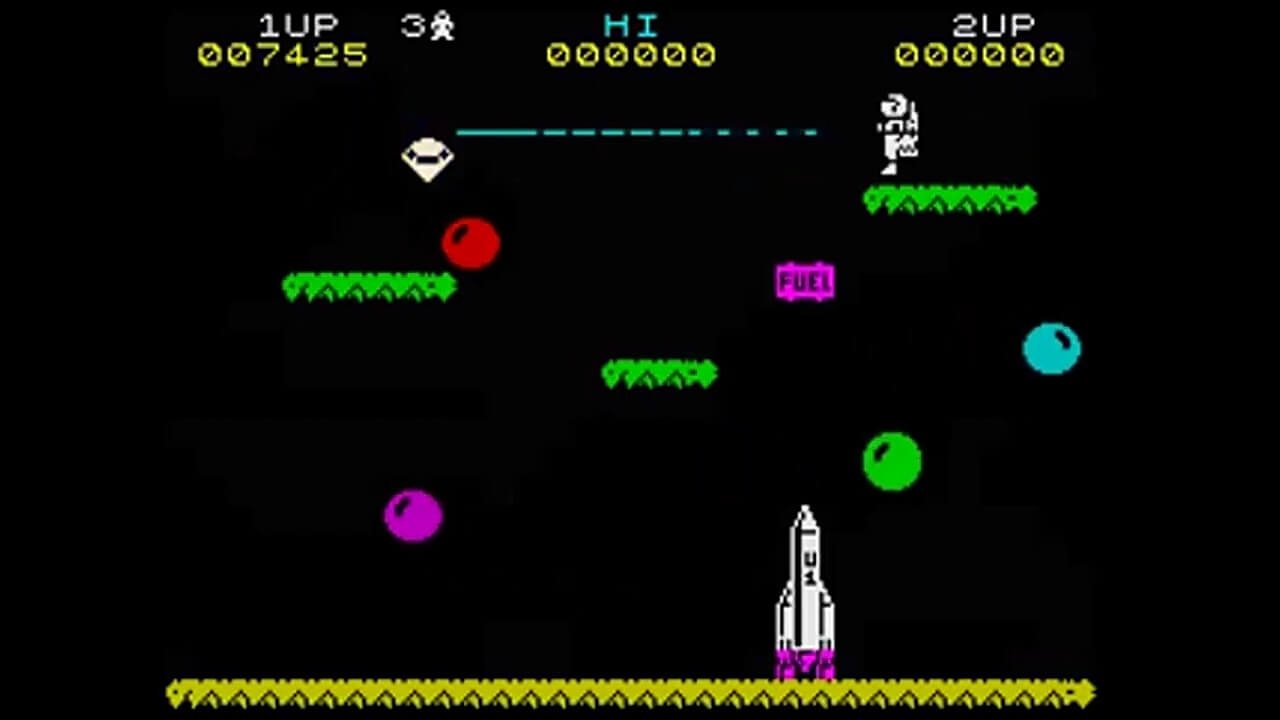 The game plays in a horizontal wraparound format, in which the player can scroll off one end of the screen and reappear on the other side. In the first level (and every four levels), the player must help Jetman rebuild his rocket by gathering the three parts scattered around the screen. The rocket remains assembled for the following three levels, in which the player must refuel the rocket by gatheing the fuel pods and dropping them towards the rocket.
Collecting diamonds gives the player bonus points, and an extra life is given after every 10,000 points. Jetman can use his laser to destroy enemies, and he must also avoid touching them.
The fast-paced and slick nature of the game was proof that true arcade style games could be made for the ZX Spectrum, despite it's inferior capabilities compared to other machines.

The game was very well-received, and both the ZX Spectrum 48k and BBC Micro versions were awarded 9/10 by Computer and Video Games magazine. It was also "highly recommended" by Crash magazine, who stated that "it was difficult to find fault with the game". Jetpac also won "game of the year" at the Golden Joystick Awards in 1983.

Around 300,000 Jetpac games were sold by Ultimate, making them a tidy profit of £1,000,000. Due to the success, the company quickly released a follow-up game during 1983, entitled Lunar Jetman, which also received rave reviews from the critics.
The game originally sold for £5.99 on cassette and £14.95 for the disc version. It was later distributed by the budget label Ricochet (part of Mastertronic) for £1.99 on cassette. The game also appeared on a number of compilations, including 10 Titles for the ZX Spectrum on Boots the chemist own label.
A third release of the game was distributed by Sinclair Research Ltd (UK). 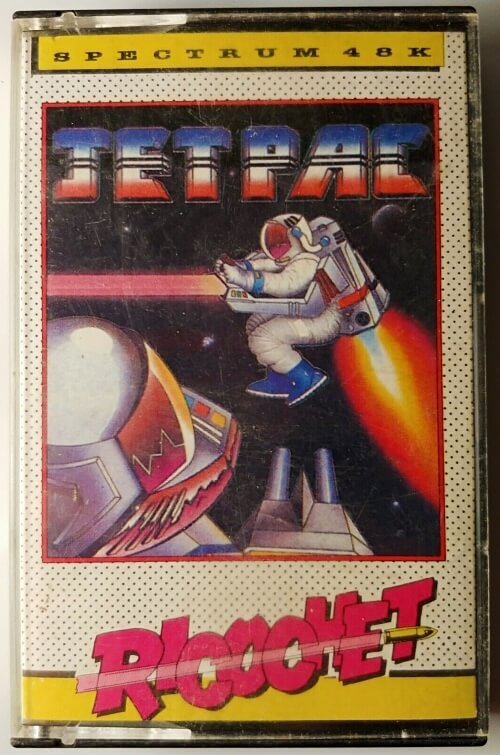