This classic rock tune was originally recorded and released in 1975 by the British/American band Arrows, who had a number of hit singles in the mid 1970s. It was penned by band members Alan Merrill and Jake Hooker. Merrill is the only band member who is still alive. 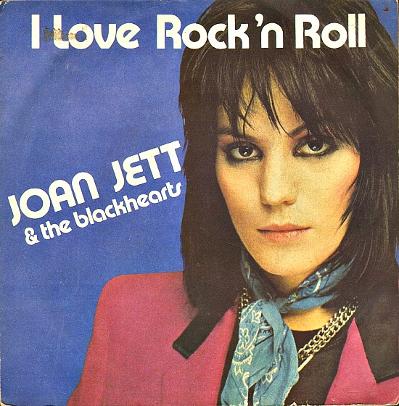 After seeing a performance of the song by the band on their own TV pop show on ITV (which aired for two series in 1976 and 1977) during a tour of England, Joan Jett wanted to record a version of the song herself. In 1979 she recorded and released a version with Sex Pistols band members Steve Jones and Paul Cook.

Jett recorded a new version with her own band, The Blackhearts, in 1981. This version spent a whopping seven weeks on top of the Billboard Hot 100 in the U.S., earning the band a platinum certificate. The song was eventually pushed off the top spot by Vangelis in May 1982 with Chariots Of Fire. In Canada it was the Human League that knocked the song of it's perch with Don't You Want Me.

The video featured heavily on the new MTV TV network, although a black and white version replaced the colour version because, apparantly, Joan Jett was not pleased with the red colour of her jumpsuit!

Here in the UK the single reached #4. It was released as the lead single from the album of the same name. Sadly, the band failed to have any more major chart hits in the British Isles. However, the follow-up single Crimson and Clover was a major hit in many other countries including Canada, the U.S. and Australia.

Joan Jett's second studio album (the first with The Blackhearts) reached #2 in the U.S. (achieving Platinum) and #25 in the UK. It remains her best-selling album and sales have now surpassed 10 million worldwide, thanks mainly to that title track.

The enhanced CD version features five bonus tracks. Early versions of the album featured Little Drummer boy as the tenth and final track. However, this was replaced with Oh Woe Is Me in 1982. The latest CD contains both versions. 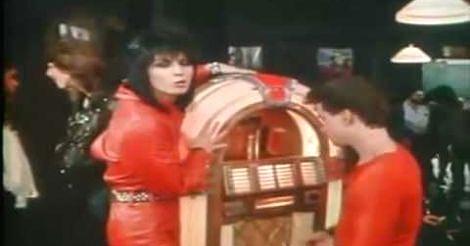