This is one of those marmite songs that many either love or hate (some find it extremely annoying, judging by the comments on Youtube), and it certainly divides opinion!
The video above features a performance by Joe Fagin and his backing band on Top Of The Pops in 1984, and they are introduced by Steve Wright. Watch out for the guitarist who appears to be dressed as Mark Knopfler from Dire Straits! 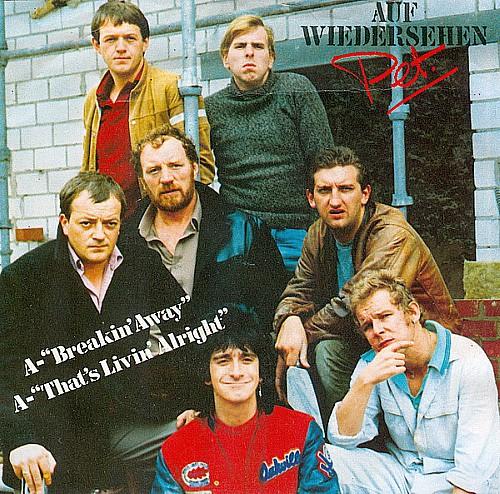 Fans of Auf Wiedersehen Pet will know that this sing-along song was used in the closing titles to series 1, which aired during 1983 and 1984. The single features the raspy vocals of Joe Fagin, and was released as a double-A side by Towerbell Records with "Breakin' Away" (used in the opening titles) on side A and "That's Livin' Alright" on the flip side. The single spent five weeks inside the UK Top 10, peaking at #3 for on 22 Jan 1984 where it remained for two weeks.
The track was penned by David MacKay (who was also the producer and arranger) and Ken Ashby. "Breakin' Away" was written David Mackay and Ian La Frenais, the latter who also co-wrote Auf Wiedersehen Pet with Dick Clement. The duo were also responsible for other classic sitcoms including The Likely Lads, Whatever Happened to the Likely Lads and Porridge.
A CD single was issued in the UK on the ACL record label during 1995 with a third track "(Cry) For No One".
If you thought the original song was annoying, then you will certainly want to block your ears for 2006 version. This new variation of the song was released for England Football Team's World Cup campaign entitled "That's England Alright", on which, Fagin's voice was even more raspy and the dodgy backing vocals were extremely irritating!

For season 2 of Auf Wiedersehen Pet, Fagan wrote two new tracks for the opening and closing credits "Get It Right Back / Back With The Boys Again" which were also released as a double-A side in 1986. However, the single was a flop, stalling at #53 in the UK. 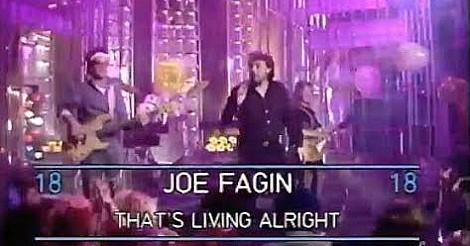