As I write, it's been a very sad few days with the deaths of three more legends, inventor Sir Clive Sinclair, footballer Jimmy Greaves and actor John Challis. As you will have gathered, this page is dedicated to John Spurley Challis, the British actor who is best known for his brilliant portrayal of the ostentatious, cigar-smoking, second-hand car dealer Terence Aubrey "Boycie" Boyce in BBC's classic comedy Only Fools and Horses (created by John Sullivan), which has often been described as a "national insitution".
He is also remembered, of course, for playing Boycie in the spin-off series The Green Green Grass, and more recently for his role as Monty Staines in the last four series of the ITV sitcom Benidorm, which ended in 2018.
He has also enjoyed acting roles in numerous well-known British dramas and soaps, including Z-Cars, Doctor Who, Crossroads and Coronation Street. 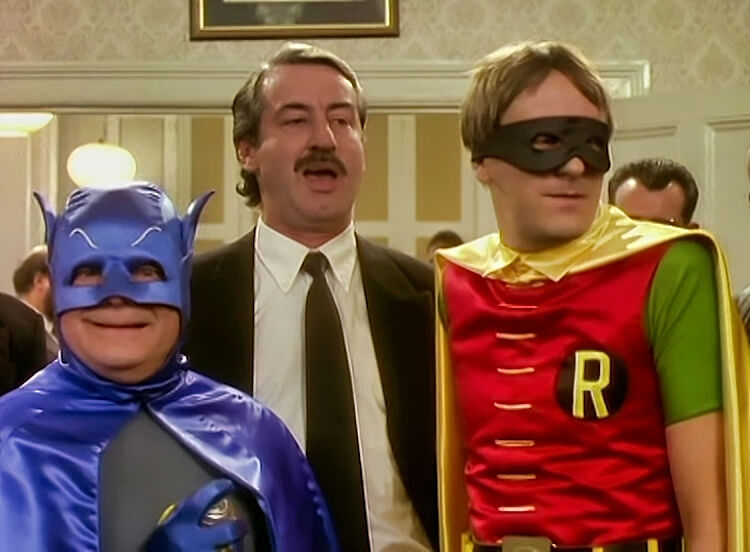 John Challis as Boycie with Del Boy and Rodney dressed as Batman and Robin in the 1996 Christmas special "Heroes and Villains".

John is also known for playing numerous villains in the pantomime season, and has starred in Jack and the Beanstalk, Peter Pan, Dick Whittington and Aladdin.
He also published two best-selling autobiographies with Wigmore Books Ltd (located close to John's home at Wigmore Abbey), Being Boycie (2011) and Boycie and Beyond (2012),
Before his death in 2021, John was living with his wife, Carol, in Wigmore Abbey Grange in Adforton, Herefordshire, England. He had no children. John enjoyed watching cricket and was a fan of Arsenal football club. He was a patron of the British Hedgehog Preservation Society
Did you know that John Challis also appeared alongside David Jason in an episode of Open All Hours? Read on to find out more...

With his trademark laugh (which was loud and grating) and YUPPIE fashion style, Boycie was the most affluent regular in The Nag's Head pub. Residing in the expensive King's Avenue in south-east London, he had an amusing superiority complex and was regularly flaunting his wealth.
He was often in competition with Del Boy, and revelled on the rare occasions when he obtained the upper-hand over street-wise Del Boy, quite literally in the series 2 episode "A Loosing Streak", in which he cheated during a game of poker against Del. 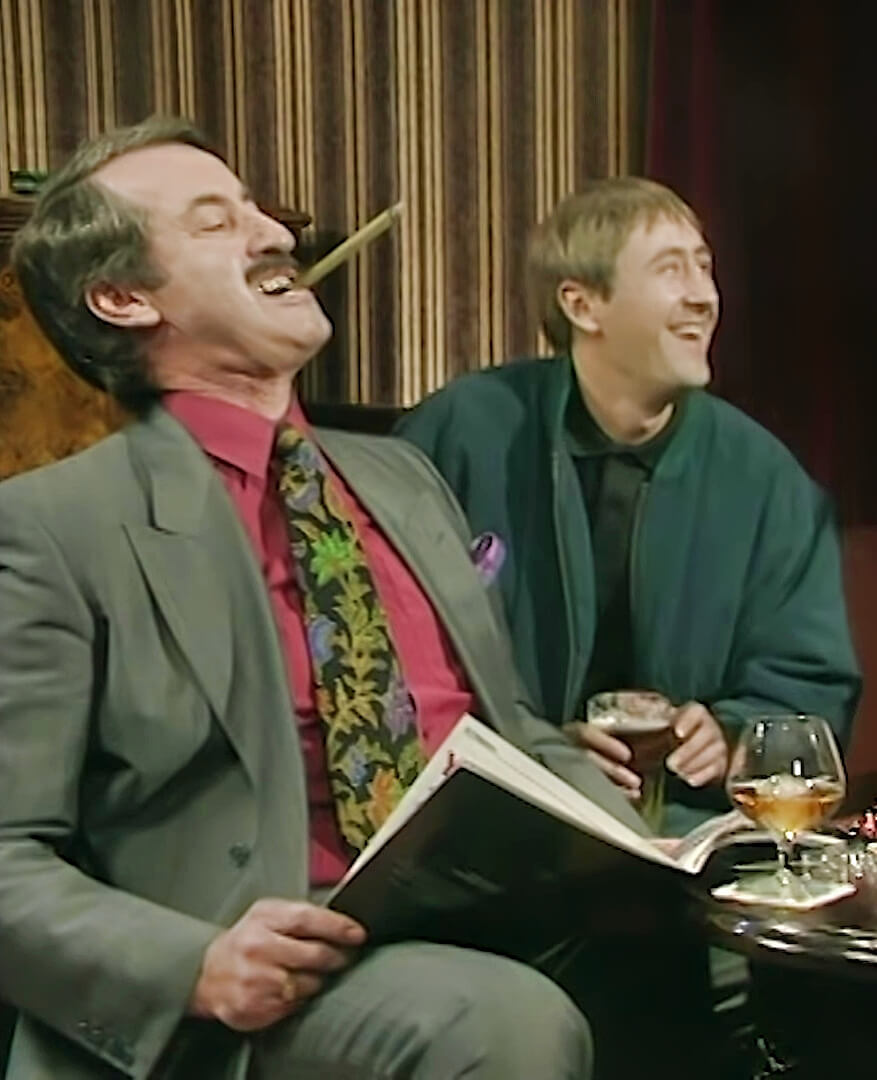 Boycie's appearances were sporadic from series 2 to 5, but became a little more regular in series 6 and 7.
Challis continued playing the role of Boycie in the successful spin-off series from Only Fools and Horses, The Green Green Grass, which was also created by John Sullivan and attracted an average of 8.8 million viewers. In the series, Boycie and his wife Marlene (Sue Holderness) and teenage son Tyler (Jack Doolan) escape from Peckham's notorious Driscoll Brothers and buy a farm home in Shropshire.
However, the role of Boycie was just one of many characters played by Challis, and he had roles in numerous TV series, films, radio musicals and theatre productions during his long career. 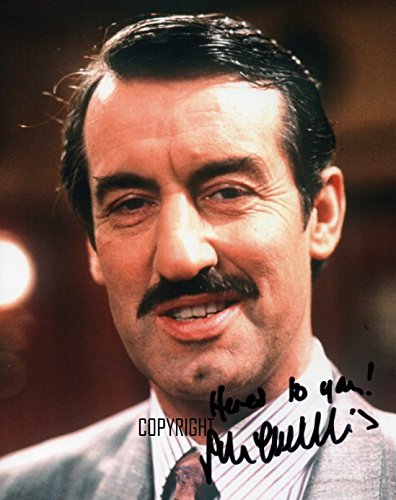 Born on 16th August 1942 in Bristol, England, one of John Challis's earliest acting roles was as Tim in the the 1964 film Where Has Poor Mickey Gone?. He also had a minor role as a salesman in the 1971 British comedy drama Say Hello To Yesterday, and played a man in a car in the 1981 British film Burning An Illusion.
The actor's first TV role was as Harry Kapper in 5 episodes of the late 60's soap The Newcomers, and then as DC Armitage in 2 episodes of the British police series Z-Cars.
He also played George Naylor in 2 episodes of ITV soap Coronation Street in 1967, and DC Rankin on two episodes in the Z-Cars spin-off series Softly Softly in 1968 - this was a series of I have fond memories of watching during my 70s childhood. John returned to Z-Cars as Sgt. Culshaw in 11 episodes which aired from 1971-1975. 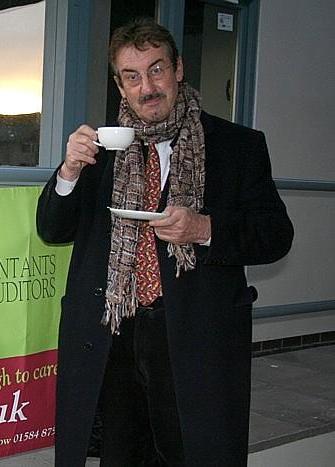 John Challis in 2007. Photo by Miss Go!, CC BY 2.0, via Wikimedia Commons
Challis played Jim Wright in 9 episodes of Crossroads in 1971 and then DC Phillips in 8 episodes of Coronation Street from 1974 to 1977.
His first role alongside David Jason was as a breadman in the 1976 Open All Hours episode "Well Catered Funeral". He played Scorby in a 1976 episode of Doctor Who "The Seeds of Doom", in which Tom Baker played the fourth Doctor.
In 1980, John played Chief Inspector Humphreys in British comedy Citizen Smith (by John Sullivan) in the episode "The Letter Of The Law".

It would have been no surprise if John had become typecast during his time playing Boyice, but actually, he enjoyed many other roles while Only Fools and Horses was still being aired, albeit mostly minor ones.
He played Corporal Dupre in 4 episodes of the 1982 BBC series Beau Geste. In 1985, he played a policeman in "Hostage To Fortune", an episode from the BBC police drama Juliet Bravo (which my Mum was addicted to!), and then he played Morris in two episodes of Howard's Way. During the same year, he had a minor role in the Channel 4 comedy Relative Strangers (as a CID man), played a policeman in one episode of the BBC series Late Starter, and then played Billy Cato in an episode of the BBC drama Storyboard.
Challis played a policeman in a 1986 episode of Roland Rat: The Series, and a Mexican hotel worker in a 1987 comedy sketch in the popular BBC comedy Alas Smith & Jones which starred Mel Smith and Griff Rhys Jones. Challis also appeared as a maintenance man in "Half an Office", which was a 1987 episode from BBC comedy Ever Decreasing Circles. In 1988, he played Ian Gore in an episode of the ITV police drama series The Bill called "Runaround". 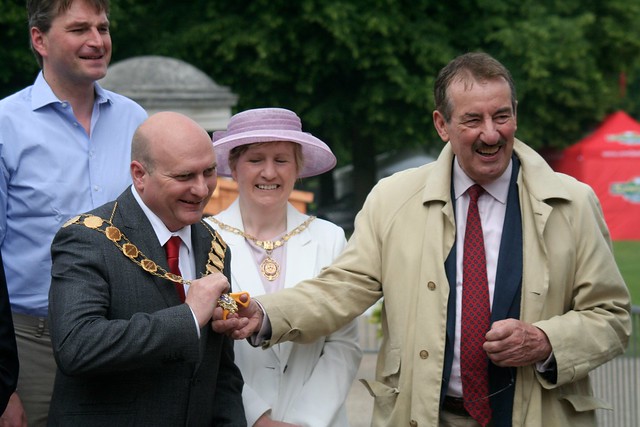 After Only Fools and Horses

As already mentioned, Challis reprised his role as Boycie in The Green Green Grass, but he continued to enjoy acting roles long after its demise.
During the 90s, Challis had many minor one episode roles in the comedies The New Statesman (starring Rik Mayall), Then Churchill Said To Me (starring Frankie Howerd) and Get Back (a BBC comedy starring Ray Wintstone). He also had minor roles in Soldier Soldier (with Robson Green and Jerome Flynn) and police drama Heartbeat (starring Nick Berry).
In 2007, Challis played Jacob Marley in "Ho Ho No", and episode from the BBC sitcom My Family.
The actor appeared as Jeremy in the 2008 Last Of The Summer WIne episode "Is Jeremy Alive?".
One of his last roles was as Monty Staines in 15 episodes of ITV's Benidorm, with his final appearance during 2018. Also in 2018, he played to role of Henry Witham-Smythe in an episode of Sooty called "Just Desserts".

John Challis sadley passed away on 19th September 2021, after a long battle with cancer. R.I.P. He will certainly be very sadly missed, not only by his family and friends, but also those of us who grew-up watching him in Only Fools and Horses during the 1980s.

Del Boy Falls Through The Bar 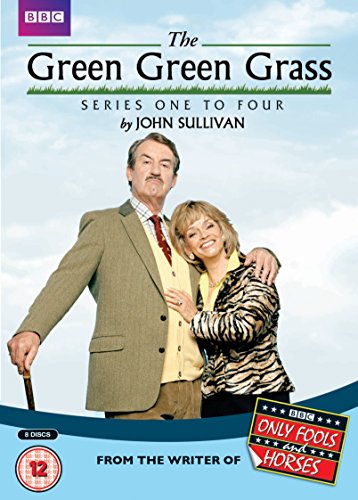 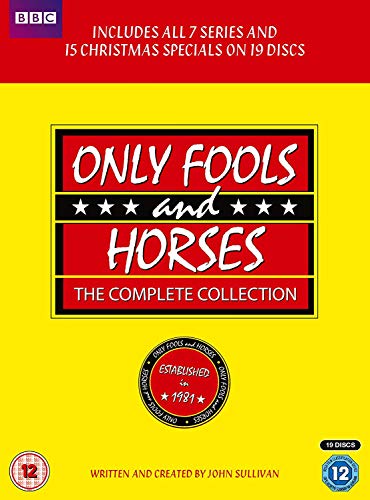