A personal Christmas favourite of mine, Happy Xmas (War Is Over) was originally released on 24th Nov 1972 (Dec 1971 in the U.S.) by John & Yoko and The Plastic Ono Band with the Harlem Community Choir, and reached #4 in the UK.

However, following Lennon's death on 8th Dec 1980, the single was re-released on Dec 20th 1980 and reached #2. The single was not released in the UK until 24th Nov 1982 due to a row between Northern Songs and Lennon over the publishing rights.

The protest song about the Vietnam war was a non-album single, and was written by John Lennon and Yoko Ono. It failed to chart in the U.S. 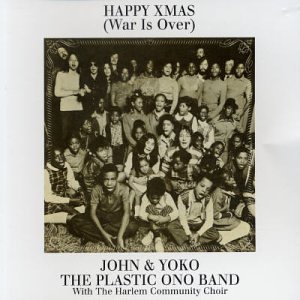 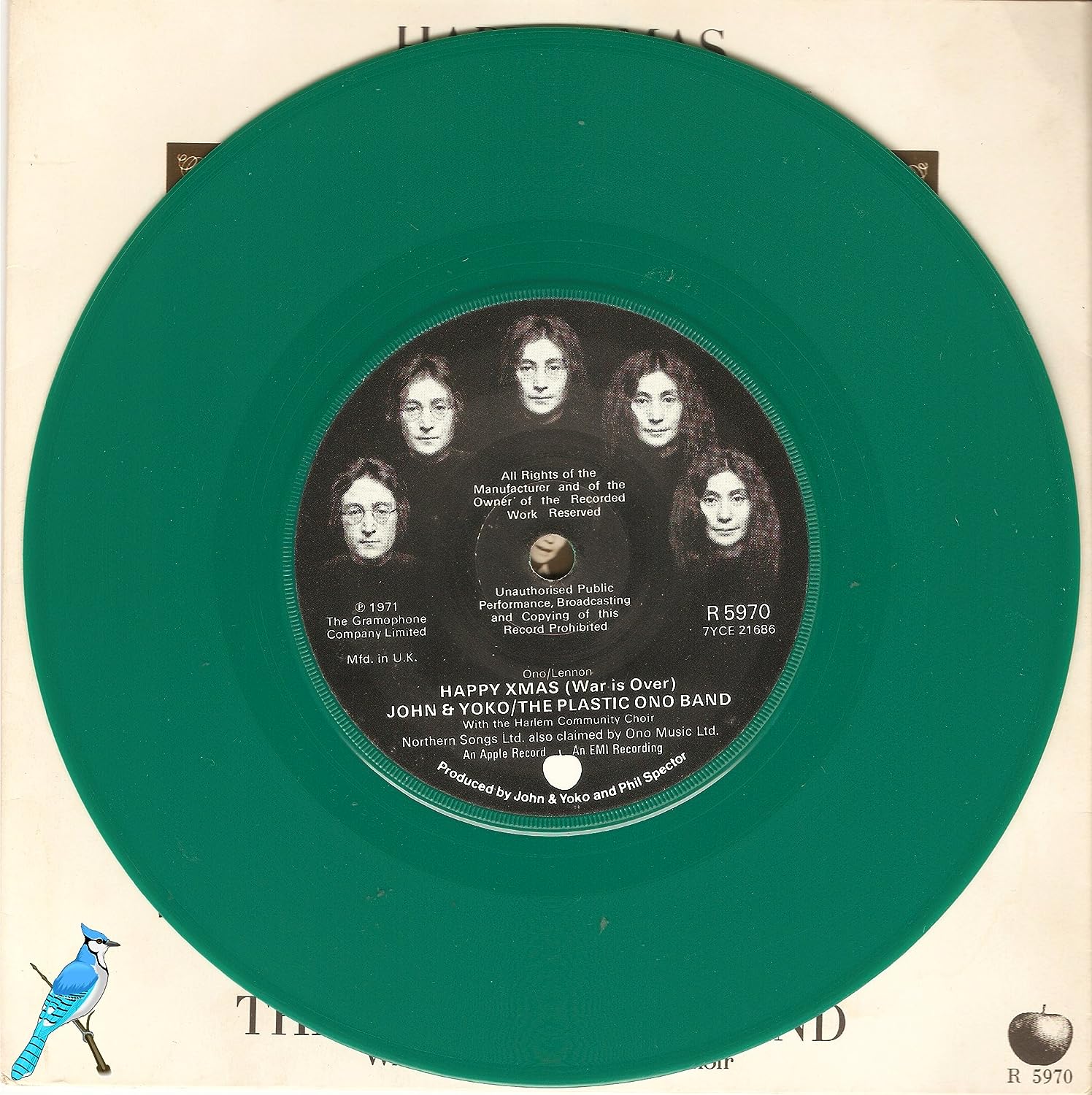 Happy Xmas (War is Over) / Listen, the Snow is Falling - 7 inch vinyl

Above you can see the original single version which was released on the Apple record label on 7" transparent green vinyl in the U.S. on 1st December 1972. There were two different labels, with the one above featuring Lennon's face metamorphosing into Yoko Ono's using five images.
Lennon's seventh solo single has been covered by countless music artists, and has featured on seasonal compilation albums annually. The track came after around two years of peace activism by John and Yoko Ono - you may remember (or have read about) their "bed-ins" during 1969.
Lennon first recorded a demo during his time living at the St. Regis Hotel in New York with Yoko Ono. 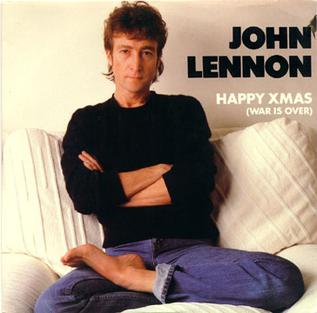 This is the single sleeve from the 1982 re-issue for the United States.

The Harlem Community Choir provided backing vocals, as did May Pang, who became Lennon's girffriend from 1973-74 after he split with Yoko Ono. The song was produced by Phil Spector.

Lyrics for Happy Xmas (War is Over)

A new version of the song was recorded by Lennon's son, Sean Ono, with Miley Cyrus and Mark Ronson on 14th December 2018.
The other three Beatles have also released Christmas records. George Harrison's "Ding Dong, Ding Dong" reached No.38 during 1974. In 1979, Paul McCartney reached No.6 with "Wonderful Christmastime", and then reached No.1 in December 1983 with "Pipes Of Peace". Ringo Starr released the album I Wanna Be Santa Claus in 1999.

Nobody Told Me
Woman