It's somewhat ironic that a band named Johnny Hates Jazz got their breakthrough after being spotted by Virgin Records while performing at Ronnie Scott's Jazz Club.
Released in March 1987, "Shattered Dreams" was the English band's first single release with Virgin, and their second single overall - the band's debut single "Me and My Foolish Heart" (RAK Records) failed to chart, despite being record of the week in Sounds magazine. 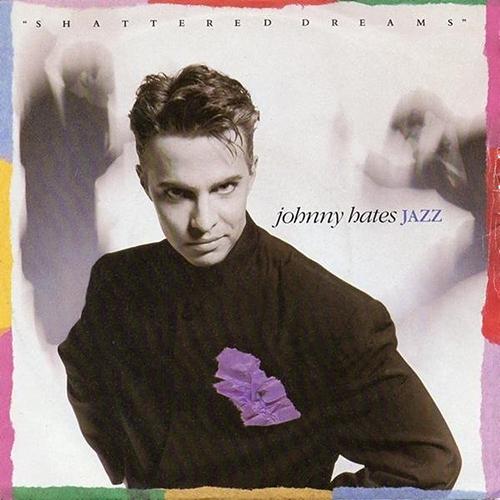 The single entered the UK singles chart at #92 on 22nd March 1987, while British pop duo Mel and Kim were at No.1 with their second single "Respectable". The single broke into the UK top ten on 17th May, climbing from #18 to #5, and remained at #5 for three consecutive weeks.
Penned by the band's frontman Clark Datchler, the single received heavy airplay on the radio and MTV. The song was released a year later in the U.S., where it reached #2 for three consecutive weeks, being held off the top spot by Gloria Estefan with "Anything For You" and George Michael with "One More Try". A different video was created for the U.S. market which was directed by David Fincher and filmed in black and white - you can view this further down the page.
Featuring as the third track on the band's chart-topping debut album Turn Back The Clock, "Shattered Dreams" was also a top 5 hit in Canada, Ireland and Switzerland, and a top 10 hit in Sweden, Poland and Norway.

The B-side "My Secret Garden" was written by the other two band members Calvin Hayes and Mike Nocito.
Datchler left Johnny Hates Jazz late on in 1988 to focus on a solo career - he was replaced by Phil Thornalley. Datchler included an acoustic version of "Shattered Dreams" on the B-side of his 1990 single "Crown of Thorns", which was taken from his debut album Raindance. He recorded yet another version for his 2007 album Tomorrow, which had a slower tempo.
Datchler reformed the band in 2009 with original members Hayes and Nocito,  However, Calvin Hayes left again in 2010 and Johnny Hates Jazz have been a duo since then. They released released a third studio album in 2013 entitled Magnetized. 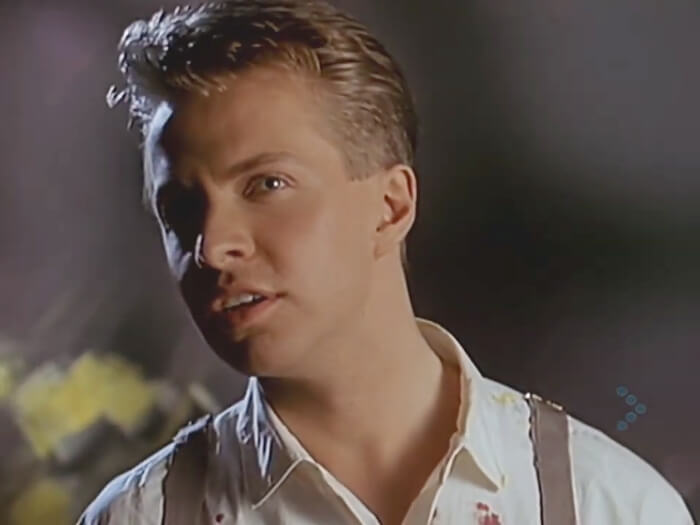 In 2009, the French singer Quentin Elias released a cover of "Shattered Dreams", which included seven mixes of the song.