Jon Anderson (from the progressive rock band Yes) and Greek synth God Vangelis, teamed up to produce a number of albums and singles during the early 80s. Albums included Short Stories (1980), The Friends of Mr. Cairo (1981), Private Collection (1983), Page of Life (1991), and the compilation The Best of Jon and Vangelis.

One of my favourite synth tracks of all time, "I Hear You Now" was released in December 1979 to promote the first album by the duo Short Stories. The album was released in January 1980 while the single was sreadily climb the UK charts. 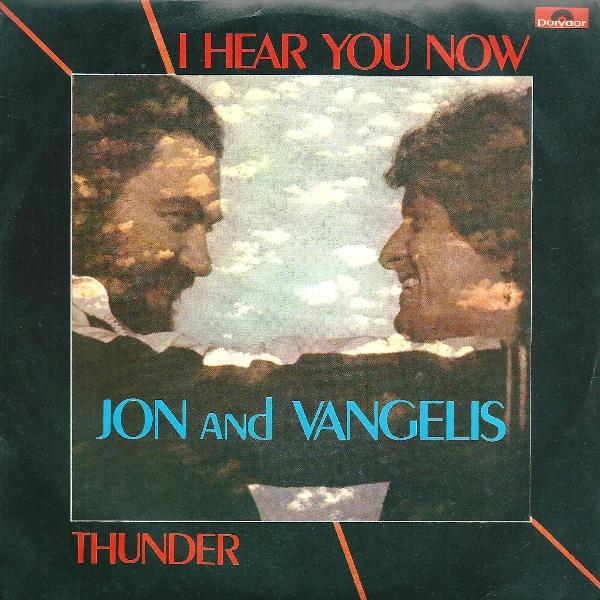 Other eighties hits included "I'll Find My Way Home" which peaked at #6 in the UK and "The Friends of Mr. Cairo" (the title track from the album) which was #1 for five weeks in Canada in 1981.

After touring with Yes in 1974, Keyboardist Rick Wakeman announced he was quitting the band on 18th May, and the band considered replacing him with Vangelis. Instead, it was Patrick Moeaz who replaced him. Jon However, Anderson sang vocals on the track "So Long Ago, So Clear" on the Vangelis album Heaven and Hell. He also played harp on the track "Flamants Roses" on the 1979 album Opera Sauvage.

More Music Videos from the 1980s