JUDY BOUCHER "CAN'T BE WITH YOU TONIGHT"

The title track from Judy Boucher's debut album became the singer's first hit in the UK, reaching #2 for four weeks starting on 19th April 1987. During this time, Madonna was at No.1 with "La Isla Bonita" for the first two weeks, followed by Starship's "Nothing's Gonna Stop Us Now" for the final two weeks. I can only imagine that this must have been pretty frustrating for Judy, being so tantalisingly close to claiming the No.1 spot! The single had entered the charts at No.80 on 22nd March, taking just four weeks to reach No.2.

The song brought international success for the singer, propelling her from an everyday country girl into a music star. She toured Belgium (playing to an audience of 40,000 at one stadium) and also many African countries, where she was, apparently, showered with gifts by fans.
Sadly, the success was shortlived, and Judy only had one more hit in the UK with her next single "You Caught My Eye" which reached #18. Her debut album was not commercially successful, stalling at #95. Nonetheless, the singer continued to release albums throughout the 90s and noughties, her most recent being Sunshine and Dreams in 2007.
The reggae singer was born in Saint Vincent in the Caribbean, and she started her musical career as the singer in her brother's band Judy Jack and The Beanstalk during the 1970s. She is still very much alive and active, and performed at Berjaya Beau Vallon Bay Resort on Valentine’s Day 2018 and again on Friday 16 February at the International Conference Centre Seychelles.
I have to admit that "Can't Be With You Tonight" isn't a song that I took much notice of back in the day. Whether that's because I wasn't paying attention, or that the song didn't get much airplay, I do not know. I certainly remember all of the other songs in the top 10 at the time.
However, the track was being used by "Mad Lizzie" (Lizzie Webb) for her exercise routines before it became a hit, which led to the record being released by Orbitone Records due to a high number of enquiries by the British public. The song was actually on course to reach No.1 halfway through the week of release, but was pipped to the post by Madonna. 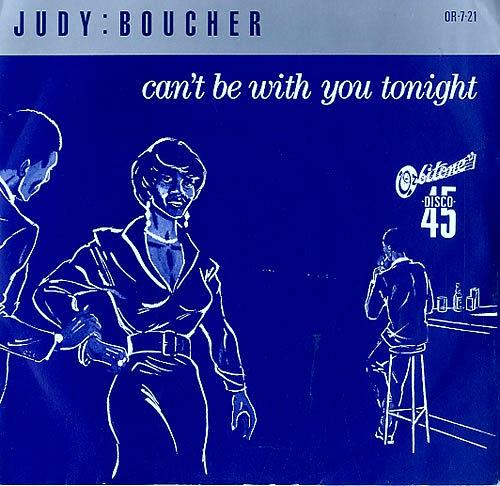 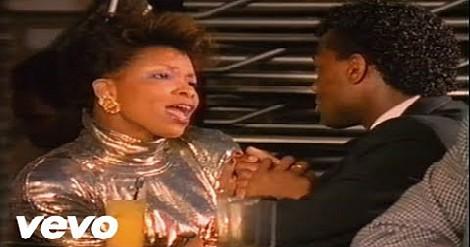 Lyrics for Can't Be With You Tonight

Boris Gardiner - I Want To Wake Up With You

Deniece Williams - Let's Hear It For The Boy