KC AND THE SUNSHINE BAND "GIVE IT UP"

The Very Best of KC and the Sunshine Band

If there's one song that's guaranteed to get a 1980s party going, then it's this one! Give It Up was KC and the Sunshine band's only chart-topper in the UK, spending three weeks at No.1 from 7th Aug until 27th Aug 1983, before being knocked off its perch by UB40 with Red Red Wine. Whether you were dancing at the disco down at the local pub, or visiting a more elaborate nightclub, in the late summer of 1983 this track would certainly have been on the turntable at some point. 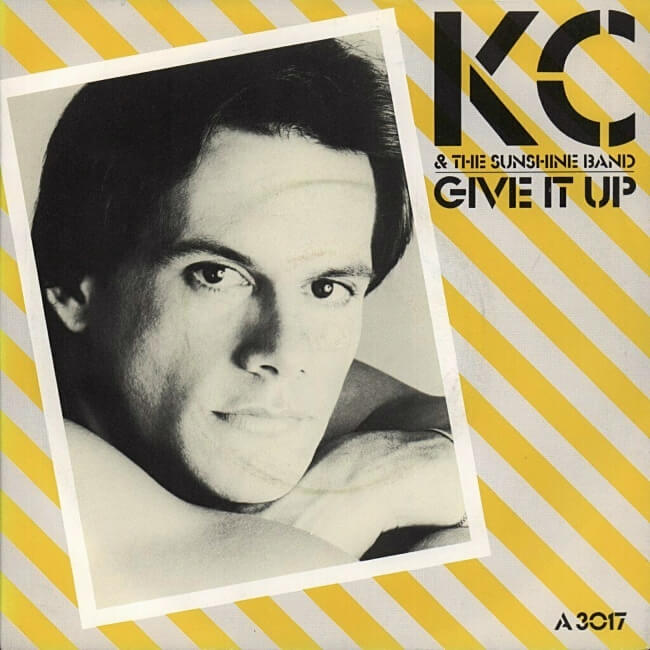 Never has a song contained so many "Na na's" in the lyrics, and their isn't a lot of depth or meaning to them, with the chorus being repeated eight times throughout the song, and not much else in-between. However, it would seem that this simplicity is a winning formula for a chart topper, with Frankie's Relax and Kylie's Can't Get You Out Of My Head being similar examples - I believe that "La" is repeated 112 times in the latter song!
The post-disco tune spent six weeks in the UK top 10 and 11 weeks inside the top 40, and was was the first top 40 hit for the band since Please Don't Go in 1979 - this reached #3 in the UK. The single was also a major hit internationally, reaching #1 in Ireland, #2 in Belgium, #3 in Australia, #4 in New Zealand, #8 in Holland and #18 in the U.S.
The song came at a time when disco music had fallen out of favour, particularly in the U.S., so for it to become a hit in 1983 was a major feat, especially as the band hadn't had any major hits for around four years.
Give It Up was lifted from the album All In A Night's Work which was a very minor hit, peaking at #46 in the UK, and published on the Epic record label. The band's follow-up single "Something's Happening" only charted in the Netherlands, peaking at an unremarkable #39.
KC and the Sunshine Band were at their peak from 1975 to 1979, achieving success with four hit albums in the U.S. which all received one or more platinum sales certificates. While never being very successful with their albums in the UK, the band did have ten Top 40 hits between 1974 and 1983. The band's most successful album in Great Britain was their Greatest Hits compilation in 1980. 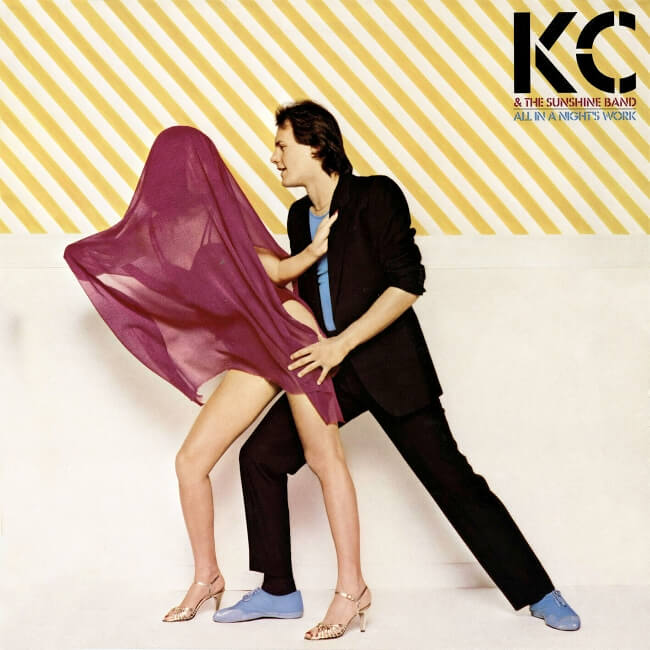 Give It Up Lyrics