KIM WILDE in the 80s

Firstly, my video playlist above features all of Kim's Top 40 hits from the 1980s.

Kim Wilde enjoyed a hugely successful pop music career throughout the decade and into the early nineties. Her first single "Kids In America" reached No.2, and was taken from the singer's self-titled debut album.

Many hit albums and singles were to follow. Kim reached No.2 again in 1986 with "You Keep Me Hanging On", but, unbelievably, has never reached the prestigious No.1 spot with her singles.
Nonetheless, she went on to become the biggest-selling British female solo artist of the 80s. 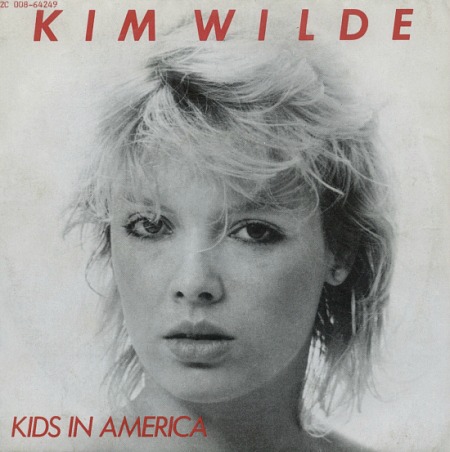 Kim is the eldest daughter of rock and roll start Marty Wilde (Reginald Smith), who released numerous singles and albums during the late 1950s and 60s. Kim Smith was born on 18th November 1960.
In 1998, Kim decided to pursue another career as a TV gardener. Thankfully, she carried on performing and recording new material, and manages to juggle between both careers!
Kim released three brand new singles during 2018, and the album Here Come The Aliens, which reached No.21 in the UK album charts. This was her first album to reach the Top 40 since Love Is in 1992.

Kim signed to RAK Records during 1980, and her self-titled debut album was released in June 1981, reaching No.3 in the UK. It's an album that embraces the new wave sound, that combines rock with futuristic synths. However, there are other musical styles here, such as the laid back reggae groove in "Everything We Know", and the 2 tone style of "27580".

Kids In America was Kim's debut single, and peaked at number 2 in the UK singles chart. The following year it became a Top 30 hit in the US.

The song was recorded in 1980 after the boss of RAK Records, Mickie Most, heard Kim singing on a backing track for her brother Ricky. Ricky and Marty Wilde wrote the song "Kids in America" for Kim to record.
The follow-up single "Chequered Love" was released in April 1981 and reached No.4 in the UK. 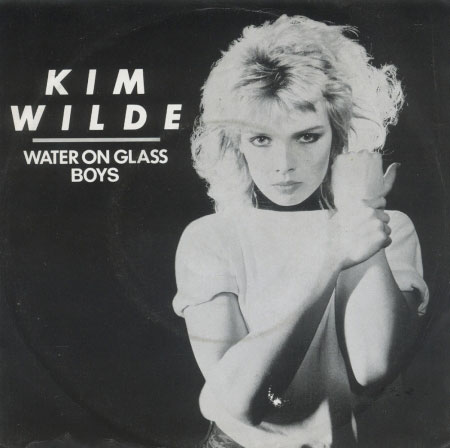 Water On Glass was the third single release from Kim's self-titled debut album and reached #11 in the UK singles chart, although the album version is slightly different.

There can't be many songs out there which are about tinnitus, but that's exactly what the lyrics are referring to in Water On Glass. By the way, tinnitus is a medical condition that causes ringing in the ears and is often caused by listening to music with the volume up too loudly - so turn your speakers down!

The previous two singles Kids In America and Chequered Love had both reached the Top 5. Overall, Kim Wilde released 21 singles during the 1980's, two of which were not released in the UK and three of them failing to break into the Top 40. 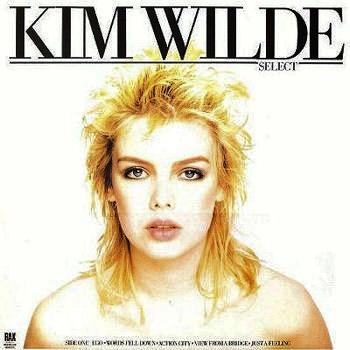 The second album was released in November 1981, and featured a more electronic sound that the debut album. However, the songs were still written by Kim's Dad Marty and Brother Ricky. Despite many positive reviews, not all of the critics were in total praise of the LP, with some stating that it was "too stylised" and "dull". Yes, I'm sure these critics have the talent to produce a chart-topping album.
At times, the album sounds melancholic, and there is certainly less of the teen pop style here. Personally, I much prefer this album to Wilde's patchy debut.
The lead single "Cambodia" reached No.12 in the UK, with the second single "View From A Bridge" reaching No.16. 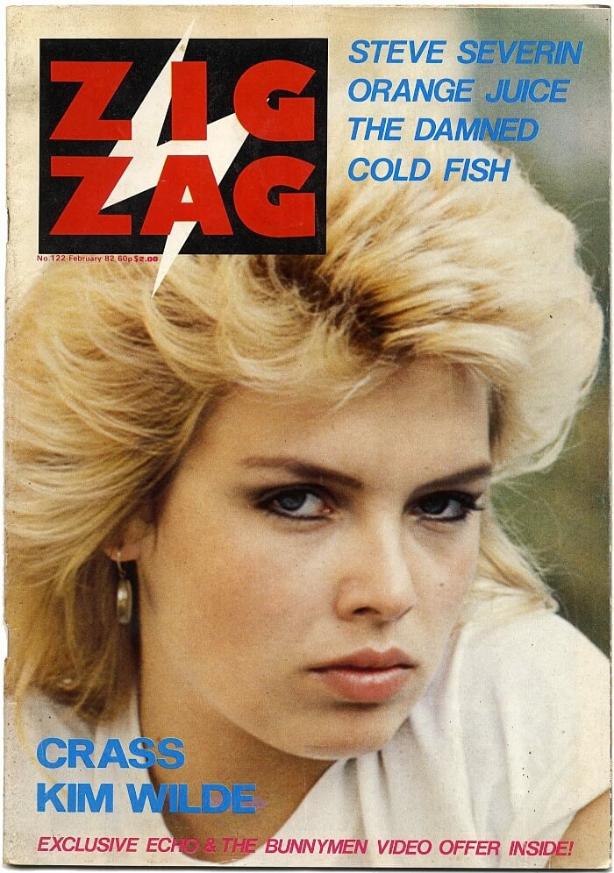 After Kim's third album was a flop, Kim decided to sign to MCA in the summer of 1984. 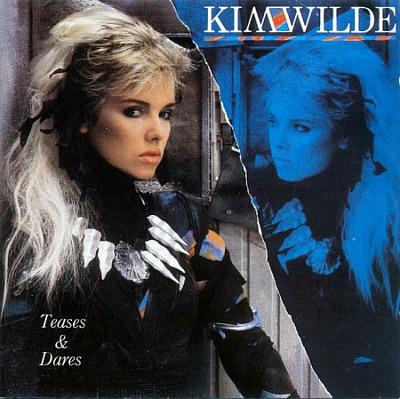 The fourth album was released on 5th November 1984. Kim also had an image change as you can see on the album sleeve, dropping her "girl next door" image for a more sexy sci-fi look. However, Kim was less than happy with the use of this image by MCA on the album sleeve, and quickly returned to a fashion style she was more comfortable with.
The songs feature classy synth arrangements, although the lyrics are a let down and are not the among her finest efforts.
Despite being more successful than her previous album, Teases & Dares still failed to break into the Top 40, stalling at No.66.
However, the lead single broke into the UK Top 30, reaching No.29. Second single "Touch" stalled at No.56. 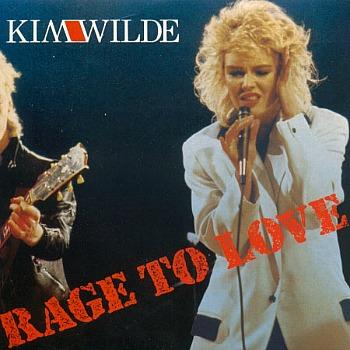 The final single to be released from Kim's fourth studio album, "Rage To Love" was the most successful, reaching #19 in the UK. Produced by Kim's brother Ricky, the single was shorter than the 4:21 album version and was edited down to 3:50 to make it more radio friendly. The B-side featured a cover of The Shirelles song "Putty In Your Hands", which was the 6th track on Side Two of the LP Baby It's You. How I miss the days of turning an LP over to play the other side!

Released on 3rd November 1986, Kim's fifth studio album charted even lower than her previous album, only reaching No.73 in the UK. However, the debut single, a cover of The Supremes "You Keep Me Hanging On" was hugely successful, reaching No.2. 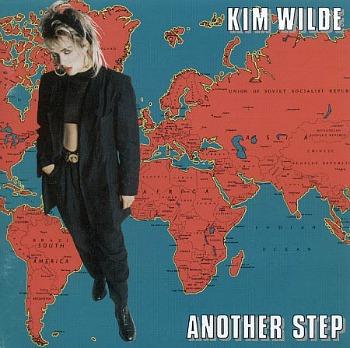 In Australia and some European countries, "Schoolgirl" was released as the lead single from Kim's fifth album Another Step. It was never released in the UK. 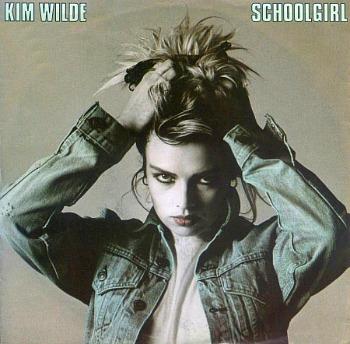 The second single "Another Step (Closer To You)", a duet with Junior Giscombe was also successful, reaching No.6 in the UK 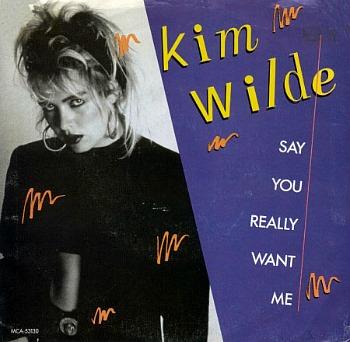 This song was the first to be released as a single (in the US and Canada) from the album Another Step. It was released as the third single in the UK and fourth in Australia in August 1987. The song also featured on the soundtrack album to the 1986 action comedy film Running Scared. The album also included Sweet Freedom by Michael McDonald, I Know What I Want by Patti LaBelle and Man Size Love by girl group Klymaxx. 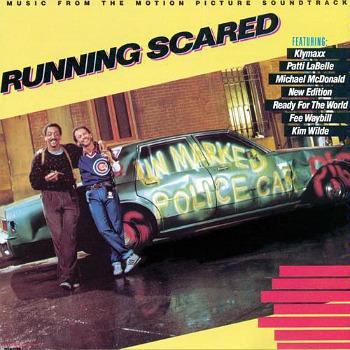 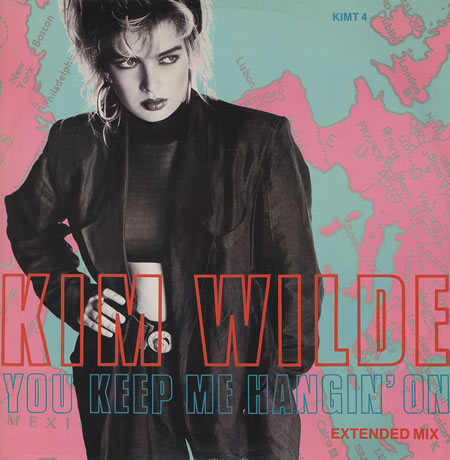 This was the first single to be released from Kim Wilde's fifth studio album Another Step and reached #2 in the UK during 1986. However, for some European countries and in Australia, the first single was Schoolgirl which was not released in the UK.

Kim's version of You Keep Me Hangin' On was a U.S. number one and a UK #2 in 1986.  In 1996, country singer Reba McEntire covered the song, reaching #2 in the Amercian Hot Dance Club Palay chart. The tune was originally recorded by The Supremes on the Motown label and was a U.S. #1 chart-topper in November 1966 for two weeks. 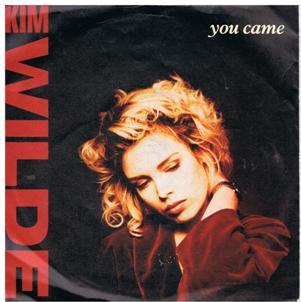 Kim Wilde teamed up with comedian Mel Smith to record the single "Rockin' Around The Christmas Tree" in 1987, which was released to raise funds for Comic Relief.

This was the second single from the album Close and reached No.3 in the UK singles chart. 1988 proved to be one of Wilde's most successful years with other hits including Never Trust a Stranger and Four Letter Word. 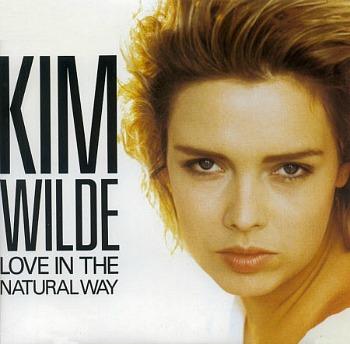 This track was Kim Wilde's seventeenth and final Top 40 hit of the eighties. Reaching #32 in March 1989, it was also the fifth and final single from the best-selling album Close.

Sadly, the hits became more erratic after this, and the British singer's career was somewhat less successful during the 90s.

This is a cover version of Tasmin Archer's 1992 debut single from 1992 which reached No.1 in the UK. Kim's version was released as a double-A side, along with a cover of East 17's No.3 hit from 1993 entitled It's Alright - the video is below. Both tracks featured on Kim Wilde's covers album Snapshots which was released in 2011.

Although she is still having success with hit albums in Germany and Switzerland, in the majority of countries Kim Wilde hasn't really had a hit single since 2006, when a remixed version of You Came charted across Europe, although it wasn't a hit here in the UK.

Chart positions are for the UK Singles Chart 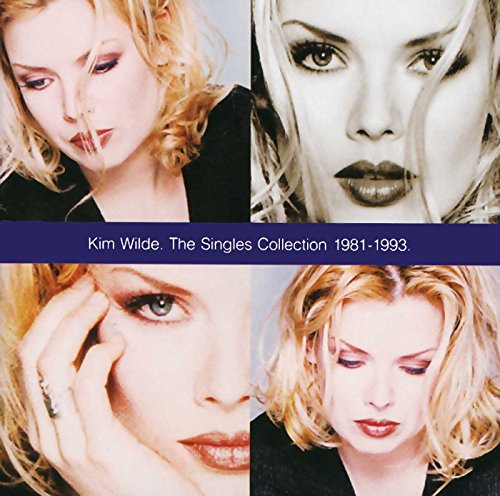