KING "THE TASTE OF YOUR TEARS"

Although King were only active for less than three years, the band did manage a pretty decent assault on the charts, with five Top 30 singles. The lead singer, Paul King, is also remembered for his long hair which was cockatoo-like on top, and also his stylish suits and spray painted Dr. Marten boots - a pretty distinguished fashion style! 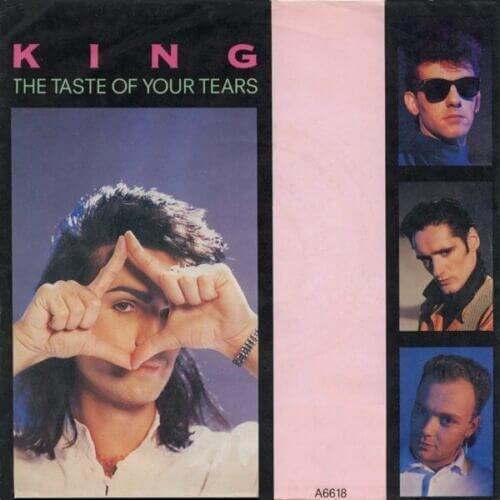 Released in October 1985, the band's seventh single (including re-releases of "Love and Pride" and "Won't You Hold Your Hand Now") entered the UK charts at #37 on 13th Oct while Jennifer Rush was at No.1 with "The Power Of Love". The melodic single would soon became King's 4th consecutive Top 30 hit in the UK, reaching #11 for one week on 10th November, while Feargal Sharkey was at No.1 with "A Good Heart". The song was the follow-up to "Alone Without You" which had reached #8 and was the first single to be released from the band's second studio album Bitter Sweet.

The B-side included the track "Crazy Party", and the 12 inch featured the Breaker Heart Mix of the A-side. An extra track was also included on the 12 inch, "Alone Without You - The Reprise".
The band had one more major hit with "Torture" in Feb 1986 (which reached #23) before splitting-up. Paul King's attempt at a solo career was a failure, with none of his singles entering the Top 40.
King started out as The Reluctant Stereotypes, a Coventry-based ska/rock band produced by Paul Sampson. Frontman Paul King then went on to form the 2 Tone band The Raw Screens, before relaunching as King in 1983 with a very different, pop-orientated sound.
The video makes heavy use of effects, and starts with keyboardist Mick Roberts surrounded by black and white footage of fans at a 60s concert shown in squares and rectangles. Similar footage runs on and off throughout the video, and on a couple of occasions is shown on Paul King's tambourine, which looked pretty clever at the time. The video's main focus is on the band performing, but despite the liberal use of 80s style effects, is actually tastefully done. 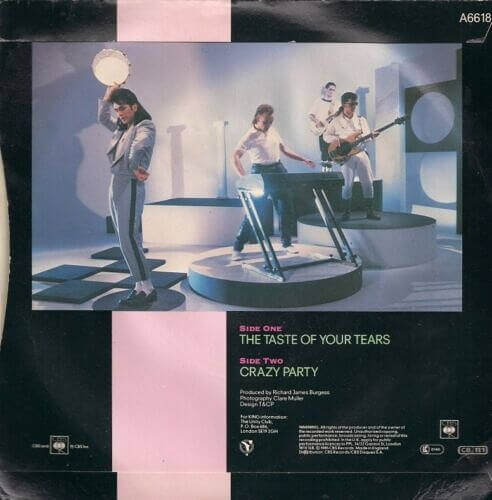 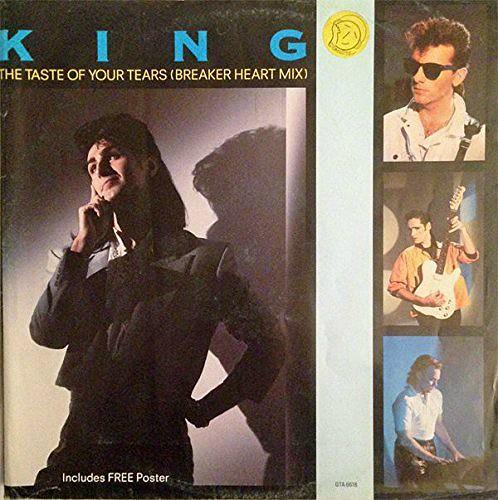 The imagery featured on the sleeves of both the 7 inch and 12 inch single features photos taken from the video shoot for the single.