Released on August 18th 1987, as the lead single from the album Crazy Nights, this song became the first top ten hit in the UK for Kiss, reaching #4. The only other hit by the band to reach the UK top ten was "God Gave Rock 'N' Roll To You", which also reached #4 in 1991.
"Crazy Crazy Nights" was performed regularly by the band at their concerts during the late 80s and into the early 90s. However, after their drummer, Eric Carr, died prematurely from heart cancer in 1991, the song was dropped from the band's playlist until 2010. Carr was replaced by Eric Singer. 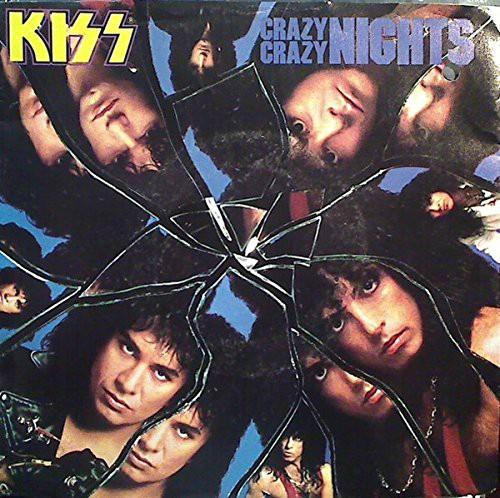 The B-side featured the track "No, No, No".
During the 70s and early 80s, Kiss became renowned for their outlandish costumes and make-up. However, the single came during the band's no make-up period which lasted from 1983 until 1996. The return of the band's original line-up also saw the return of their original fashion style.

Apologies for the poor quality video, but there is no official video upload available which is quite bizarre. Nonetheless, the sound quality is better than the picture quality, thankfully.
The video features the band performing at the Olympic Auditorium in Los Angeles, California on August 8th 1987. All of the fans at the shoot received their tickets free of charge through the radio station KNAC. Apparently, the band also performed other hits songs afterwards, turning the shoot into a mini concert. 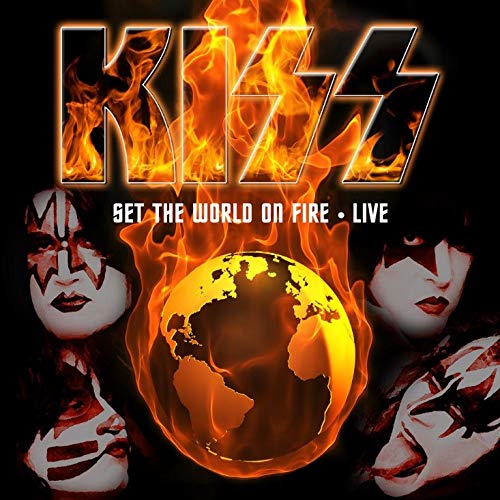 The single performed well in the UK charts, entering at #32 on 27th Sept 1987, quickly climbing to #12 the following week, and then reaching #5 on the 11th Oct chart. The single reached its peak position of #4 on 18th Oct whilst The Bee Gees were at No.1 with "You Win Again". The single dropped to #9 the following week.
The single also reached #34 in Australia, but did not chart highly in the U.S., reaching only #65 on the Billboard Hot 100 and #37 on the Album Rock Tracks Chart which is now called the Mainstream Rock Tracks chart. 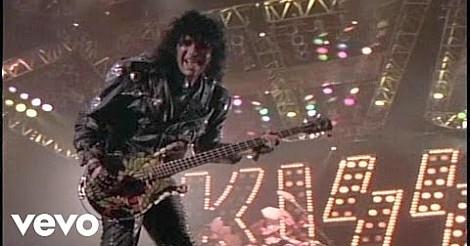