Our video playlist from our Youtube channel features game play for the ZX Spectrum, Amstrad CPC, BBC Micro and MSX versions of Knight Lore. Please note that the BBC version is played using a cheat mode, and this was the only walkthrough we could find for this version.

The classic, 8-bit action-adventure game from 1984 is widely regarded as one of the greatest British computer games ever made, and it helped to popularise the use of isometric graphics. 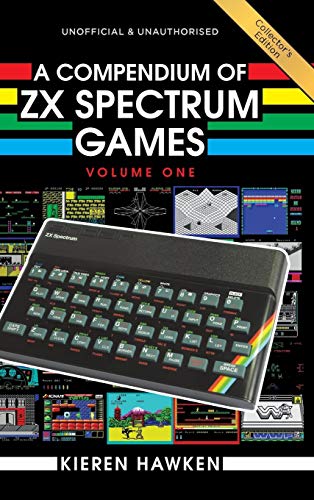 The game was created by the founders of Ultimate Play The Game, Chris and Tim Stamper. This was a time when you didn't require a huge team of experts to create a video game, and many bedroom coders became pretty wealthy developing computer games single-handedly. The game was first made available on the ZX Spectrum, before being ported to the BBC Micro and Amstrad CPC during 1985 - it's actually pretty hard to spot the difference between all of the 8-bit versions, apart from the Amstrad game which uses two colours for each room.

Despite being the first game created in the Sabreman trilogy, the game was released as the third in the series, a year after its completion. All three games in the series were released during 1984.

I remember that the game was never released for the Atari 8-bit computers, and as the owner of an 800XL, I was pretty envious of my school friends who kept reminding me of how brilliant the game was. Mind you, C64 owners would have been envious, too!

Knight Lore tore down the laws of graphics on an 8-bit computer. The graphics was pretty special, and something that was pretty unique for the time was the way in which Sabreman disappeared behind some blocks and objects, but appeared in front of others to give a 3D perspective. This took some pretty rigid programming, and many programmers at the time would have found this pretty difficult to accomplish.
I remember that Knight Lore's unique, 3D perspective was certainly a refreshing change from the many hundreds of side view and top down games around at the time. 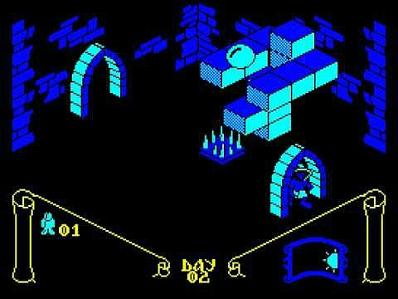 The player takes the role of Sabreman, who is a human in daylight hours, but becomes a werewolf at night. He has 40 days to collect objects in a castle to enable him to brew up a cure for the werewolf curse that has taken hold of him. Each room is in a single colour (As mentioned, the Amstrad CPC version featured two colours, although suffered with graphical slowdown) and consisted of blocks to climb or move, obstacles, nasties (such as spikes), monsters and puzzles. Some monsters will only attack Sabreman when he is a werewolf.

While most blocks are static, some move of their own accord and some are moved by ghosts. Occasionally, one of the blocks may fall after Sabreman has walked or jumped onto it. In most of the rooms , some blocks need to be moved out of the way in order to progress.

There are 128 rooms in total and each one is displayed on a single screen - there is no scrolling. Some rooms are more difficult to complete than others, and some critics believed that some were overly-difficult, making the gameplay rather inconsistent.

Knight Lore was named "Game of the year" at the Golden Joystick Awards during 1984 and also by readers of Popular Computing Weekly. It was also the best-selling game of 1985. The majority of critics had only rave reviews for the game. 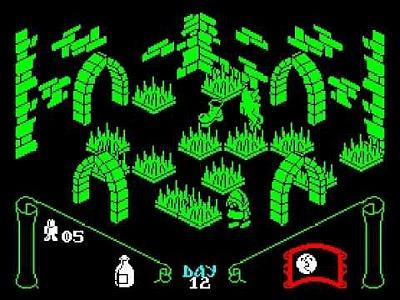 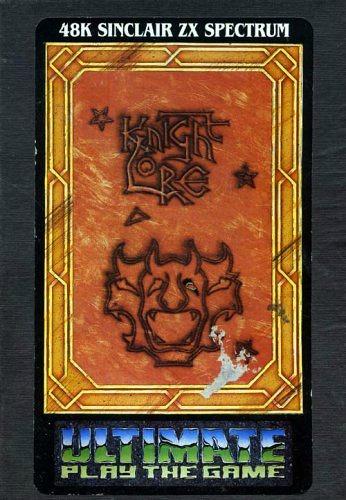 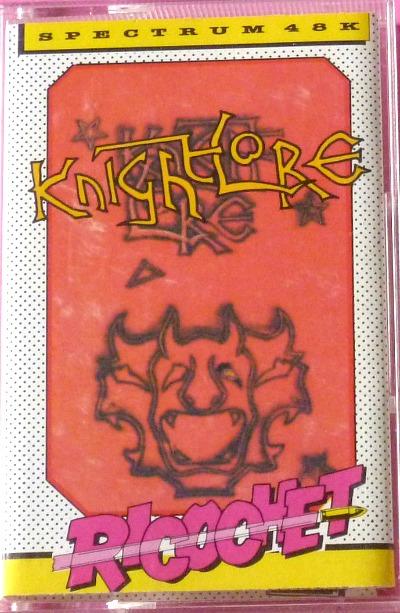 A later release of Knight Lore by Ricochet