Celebrations: The Best of Kool & The Gang

I know it sounds clichéd but they really don't make ballads like this anymore. This really is one to cherish from the 80s, unless, of course, you dislike ballads!
The New Jersey band, Kool and the Gang, first hit the charts in their home country during 1969, with their self-titled debut single. In the UK, the band had to wait until 1979 before scoring their first hit, when the funky disco number "Ladies Night" reached #9. The song featured as the B-side to some European releases of "Cherish". 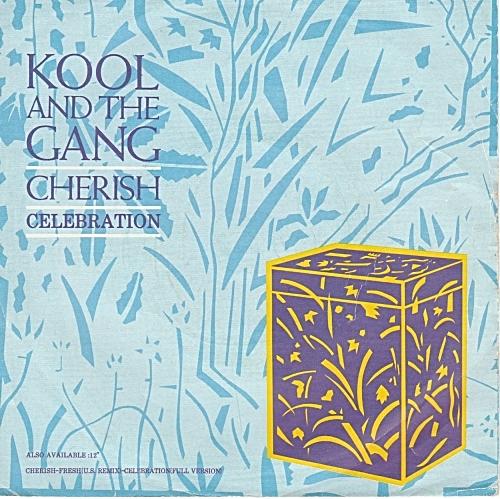 The romantic ballad became the band's seventeenth Top 40 hit single and also their third and final Top 5 hit. The single also became the biggest Billboard Adult Contemporary Chart hit of the 80s, reaching #1 for six weeks.
The song was released as the third single from the band's sixteenth studio album Emergency. It reached #2 on the Billboard Hot 100 on 21st Sept 1985, being held off the top spot for three weeks by Dire Straits' Money For Nothing. It reached #4 in the UK singles chart on 30th June 1985, where it remained for three weeks.
"Cherish" was recorded at Compass Point Studios in Nassau in The Bahamas, which is also near to the beach where the video was shot.

The lyrics were penned by lead singer James "J.T." Taylor (he left the band in 1988), and his inspiration came from his time with the band in the Bahamas after watching the band members' children having fun playing on the beach - a moment to cherish.
In the U.S., an instrumental version of "Cherish" featured as the B-side. The UK 12 inch included "Cherish" (4:45) on the A-side, and "Fresh (US Remix)" (6:30) and "Celebration (Full Version)" (5:00) on the B-side. The UK 7 inch featured their 1980 hit "Celebration" on the B-side.
The original LP version is 49 seconds longer than the single mix and the first verse is sung without any drums or percussion. A 12 inch version (5:40) was also released with additional saxophone parts. This was included on an alternative U.S. 12 inch release and also a UK double 7 inch vinyl release, which also included "Celebration" and "Joanna".

KC & The Sunshine Band - Give It Up

Jackson Five - Can You Feel It