Kylie & Jason "Especially For You"

This was the fifth international single released by Kylie Minogue in time for the Christmas 1988 market, and it was, of course, a duet with Jason Donovan. The song was held off the top spot for three weeks by Cliff Richard with Mistletoe & Wine.

Finally, in its fifth week in the charts, on 1st January 1989 the single topped the UK singles chart, with Cliff sinking to No.5. The song topped the charts for three weeks before being pushed off by Marc Almond and Gene Pitney with Something's Gotten Hold Of My Heart.

However, this single didn't appear on the debut album "Kylie", but was included on Jason Donovan's 1989 debut album "Ten Good Reasons". The single was produced by Stock Aitken & Waterman.

The release of "Especially For You" followed the on-screen wedding of the two actors' respective characters, Scott and Charlene, on the Aussie soap Neighbours. 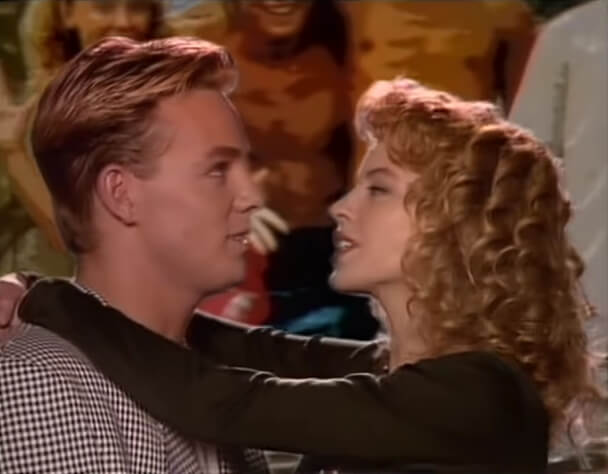 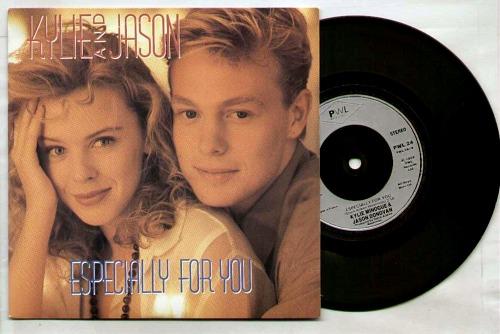 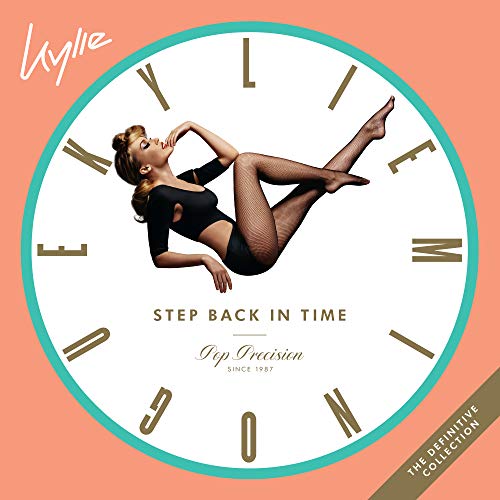 Step Back In Time: The Definitive Collection - Kylie 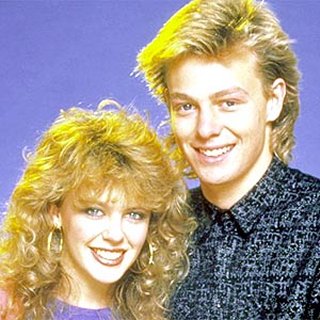 Kylie and Jason in the eighties

Lyrics for Especcialy For You 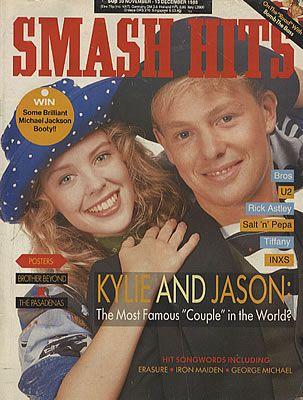 Kylie and Jason on the cover of Smash Hits in 1988 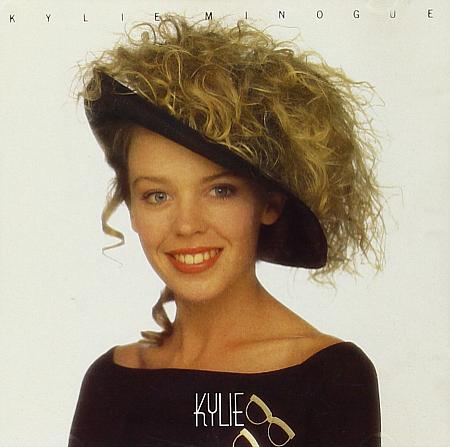 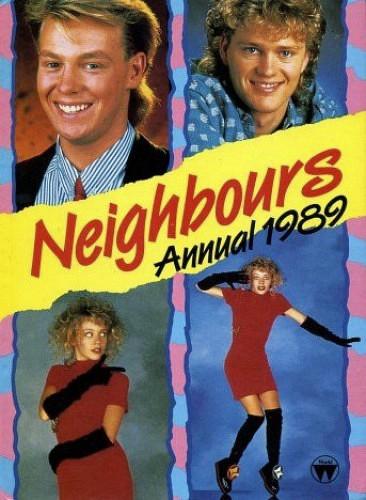 Jason Donovan Sealed With A Kiss

Jason Donovan Too Many Broken Hearts

Jason Donovan Every Day (I Love You More)