KYLIE MINOGUE "Hand On Your HearT"

"Hand On Your Heart" was the first track to be lifted from Kylie Minogue's second Album Enjoy Yourself, and reached #1 in the UK and #4 in her home country of Australia. Both the single and album received mixed reviews from the critics, but that didn't stop Enjoy Yourself from selling over one million copies in ten weeks and reaching 4x Platinum in the UK.

Produced by Stock, Aitken and Waterman and released on the PWL label, in October 1989 the album spawned three more massive hit singles; "Wouldn't Change A Thing" (#2), "Never Too Late" (#4) and "Tears On My Pillow" (#1). 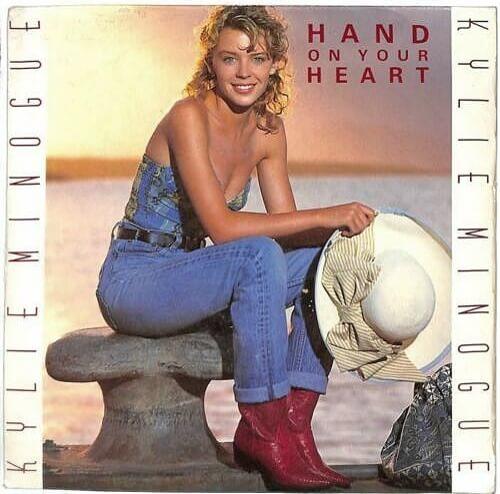 The B-side on all UK single versions included "Just Wanna Love You" (3:34). The CD, 12" vinyl and cassette singles included "Hand On Your Heart" (The Great Aorta Mix). A 12" vinyl remix was also released featuring the Heartache Mix.
The music video is a colourful affair in which Kylie wears a red, blue, and yellow dress with a heart graphic. She sings and dances around rooms filled with red and white striped columns, busts and giant face art. It was filmed in Melbourne, Australia, and was directed by Chris Langham. 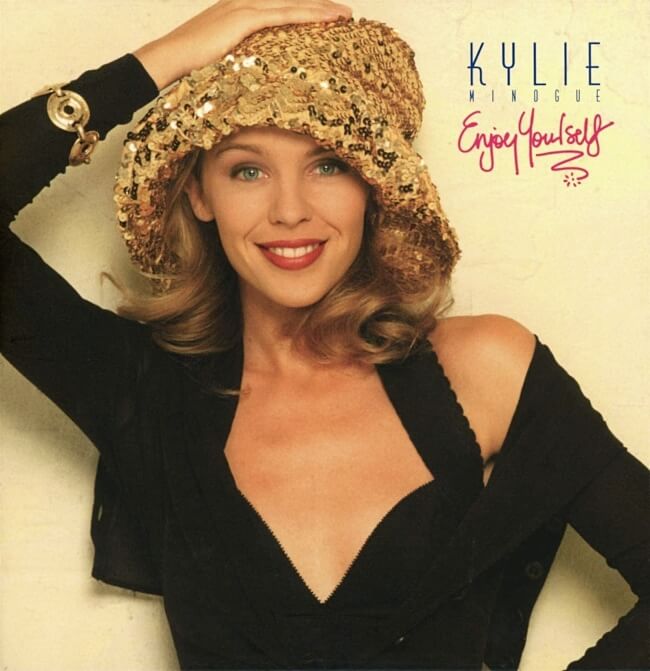 The single entered the UK singles chart at No.2 on April 30th 1989, while Bangles were at No.1 with "Eternal Flame". Kylie pushed Bangles down to No.2 the following week (7th May). However, Kylie was pushed back down to No.2 again for a further two weeks by the Hillsborough charity single "Ferry Cross The Mersey", featuring Gerry Marsden, Paul McCartney, Holly Johnson and The Christians.
Overall, Kylie enjoyed seven Top five hits during the 80s.

Hand On Your Heart Lyrics