The Best of Kylie Minogue

The third single release from Kylie's debut album (the imaginitively titled "Kylie") was actually written for the controversial model and singer Mandy Smith (who was also signed up to PWL at the time) and was to feature on her debut album. However, Smith's version wasn't released until 2005 when it featured as a surprise bonus track on CD2 of the compilation album Stock Aitken Waterman Gold. 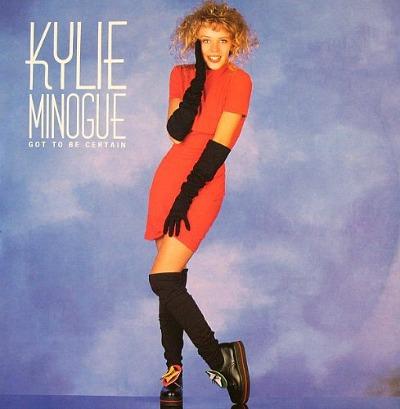 Kylie's version was released on 2nd May 1988 as the follow-up to the chart-topping I Should Be So Lucky. After entering the charts at #15 in the UK, the song peaked at #2 and remained there for three weeks, selling a total of around 315,000 copies. As well as the standard 7" and 12" vinyl formats, the single was also released on CD and cassette single.

After entering the charts at #15 in the UK, the song peaked at #2 and remained there for three weeks, selling a total of around 315,000 copies. As well as the standard 7" and 12" vinyl formats, the single was also released on CD and cassette single.

In the original video featured above (you can see a different version lower down this page) we see Kylie in three different outfits. The first one is a black dress which she shows off by twirling around for the camera, and she can be seen in this dress several times throughout the video.Kylie can also be seen donning a slinky red dress (as on the single sleeve below) with an "amour" loveheart brooch. She first wears the red dress in a room containing a step ladder and furniture covered in white sheets which, I would imagine, is awaiting the arrival of the decorators. Kylie wears the red number again while riding a carousel, but this time with the addition of long, black gloves which she grasps the horse's pole with - this would have been classed as soft porn back in the 80s!Her third outfit is a crop top with nautical style long, striped sleeves and jeans with a big, black belt (big belts were very popular at the time) and which was filmed near the Yarra River in Melbourne, Australia. Indeed, much of the video was shot at various locations around Melbourne.The video is a pretty directionless affair and would appear to be more of fashion shoot for Kylie's various outfits. 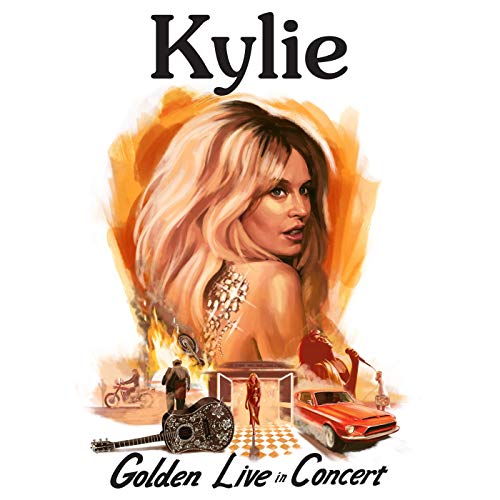 In this second video we see some extra footage with the addition of some dance routines. Kylie can also be seen wearing a fourth outfit which makes her look uncomfortably like a lady of the night!
Overall, the video is more lively than the first one, although still lacks a proper storyline. 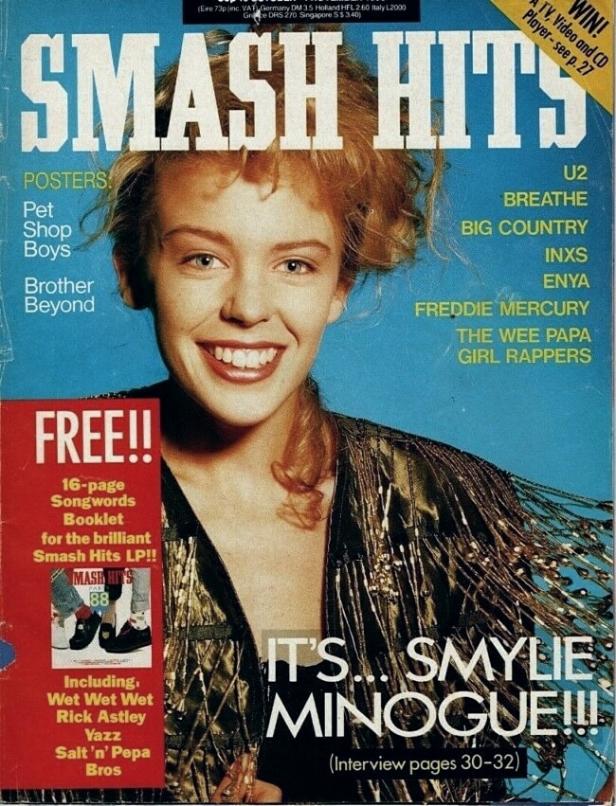 Kylie on the cover of Smash Hits in 1988 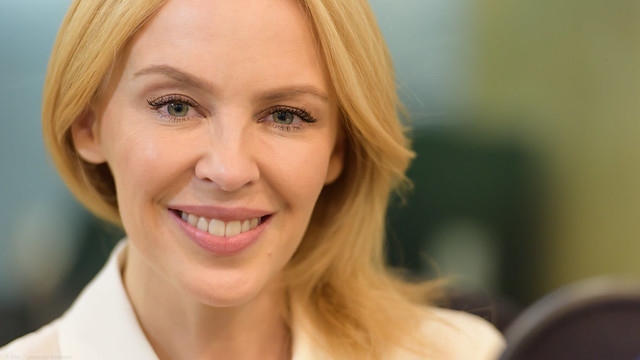 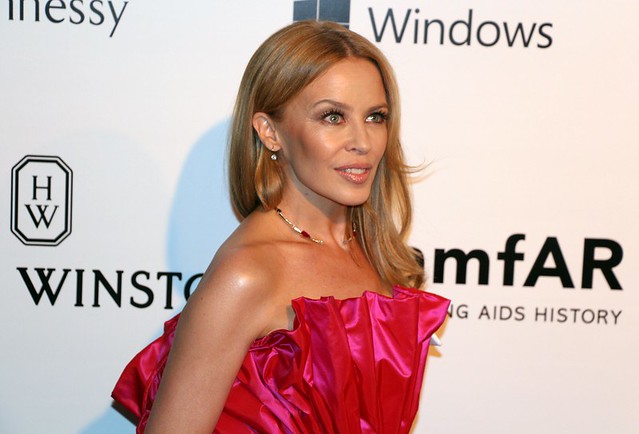 Jason Donovan
Too Many Broken Hearts

Kylie and Jason
Especially For You