As annoying as it was for some, "I Should Be So Lucky" was the song that propelled Neighbour's star, Kylie Minogue, to musical success back in the 80s. Taken from Kylie's debut album Kylie (imaginative title!), this Stock, Aitken and Waterman production entered the UK charts on 9 January 1988 at No.99, before rising to number one, where it stayed for five weeks. It became the third biggest selling single of the year with sales of 672,568.

Despite being penned in just 40 minutes, the song became a global hit, although gained mixed reviews from the critics of the day. The song truly divided opinion, and the critics were generally either scathing or very positive.

S/A/W had actually forgotten that Kylie was arriving at the studio, and were left to create a hit in a panicked state. The song was written and recorded within less than two hours, with Kylie then jetting back to Australia for her acting role in the soap, Neighbours. 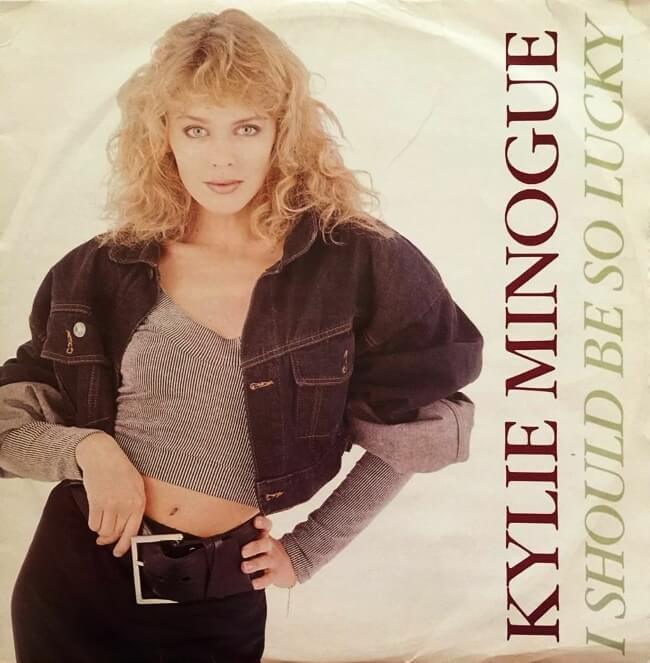 Kylie was less than happy with her initial treatment by S/A/W, and Mike Stock had to act in a very apologetic matter when he travelled over to Australia to discuss and record her follow-up single, "Got To Be Certain", which was initially going to be released by the pop singer and model Mandy Smith, but was handed to Kylie instead.

Just how innocent is that video when compared to some of her later works? Here we see a very young-looking Kylie skipping around her home with a bow in her hair. She takes a bath and lies on her bed staring at her lover's photo, before filing her nails in the mirror. She also tidies the place up.

Other scenes where she is wearing a black dress with white roses and dancing in time to the music are intercut with the home scenes. There is plenty of giggling and face-pulling throughout, which projects a fun-loving, wholesome image.

A separate promotional video was also created, which, I remember, aired on Top Of The Pops in the UK. It was filmed in Sydney, Australia, and includes the Harbour Bridge and Opera House. At the start of the video, we see Kylie signing autographs and climbing into an open-top BMW. She travels through the streets stood up in the back of the car with the wind blowing through her hair, whilst miming to the lyrics. 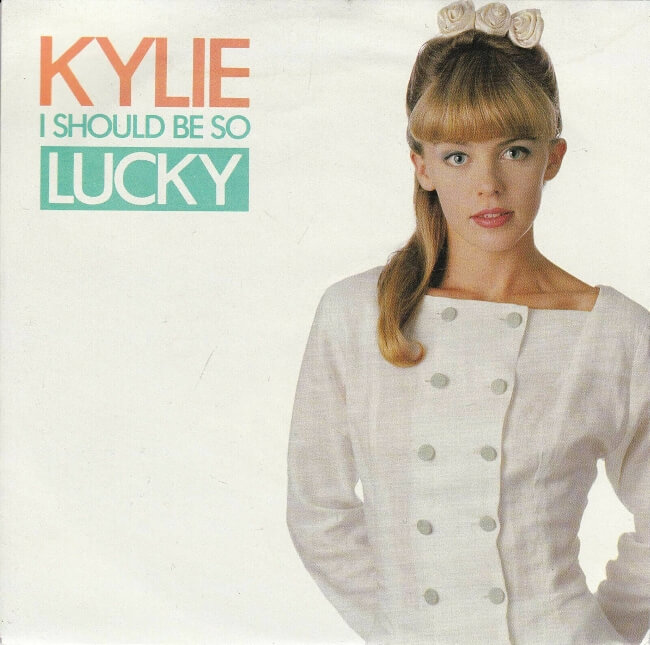 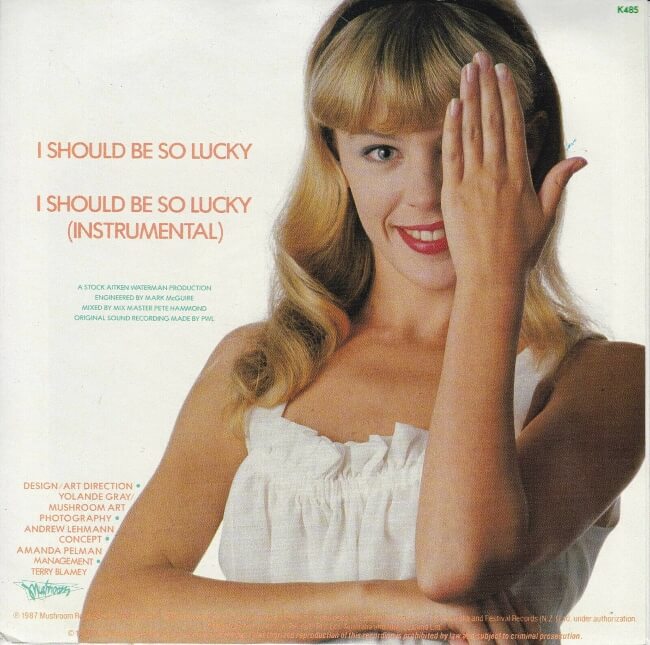 The lyrics have been heavily criticised over the years, and it's quite obvious they were penned in a rush. It would seem that Mike Stock and Peter Waterman tried to find any words that rhyme, and they are not that meaningful. Nonetheless, for a bubblegum pop song they work perfectly, and S/A/W were masters of their craft, churning out hit after hit. The decision to keep the "Lucky, Lucky, Lucky" part (which was initially an improvised joke), no doubt, added singificantly to the single's success.

Lyrics for I Should Be So Lucky