Featuring on her debut album Kylie, the Australian singer's cover of "The Loco-Motion" entered the UK singles chart at No.2 on 31st July 1988, where it remained for four weeks. During this time, Kylie was prevented from reaching the top spot by Yazz and the Plastic Population's "The Only Way is Up". Kylie's version also reached No.3 on the Billboard Hot 100 in the U.S.

The original release spent seven weeks at the top of the Australian Kent Music Report chart during 1987. Kylie performed the song at an Australian Rules Football charity event with the cast of Neighbours, and signed up with Mushroom Records to released the song as a single. This success led to Kylie signing up with PWL in London, and the single was re-worked by Stock/Aitken/Waterman. The song featured in the film Arthur 2: On The Rocks.
In the UK, "The Loco-Motion" was released as Kylie Minogue's third single and came after her No.1 debut "I Should Be So Lucky" and the No.2 second single "Got To Be Certain".

The original video for the Australian 1987 single was filmed as Essendon Airport and ABC Studios in Melbourne, Australia.Footage from this was used to create the video for the 1988 international release. In it, she wears a three-tiered ra-ra dress and also polka dots - so very 80s!
The B-side featured the track "I'll Still Be Loving You" (3:45). Two 12 inches were released in the UK, one containing the "Kohaku Mix" (5:59) and the other containing the "Sankie Mix" (6:35). The U.S. 12 inch vinyl featured both these mixes and also the LP version.
Penned by Gerry Goffin and Carole King, the song was originally a hit for the American pop singer Little Eva, reaching No.2 in the UK and No.1 in the U.S. The single was re-released in 1972, reaching No.11 in the UK.
"The Loco-Motion" became a hit again in 1974 for Grand Funk Railroad, topping the Billboard Hot 100. However, it was not a hit in the UK.
Dave Stewart and Barbara Gaskin released a cover in 1986, but despite heavy promotion, the single stalled at No.70 in the UK. 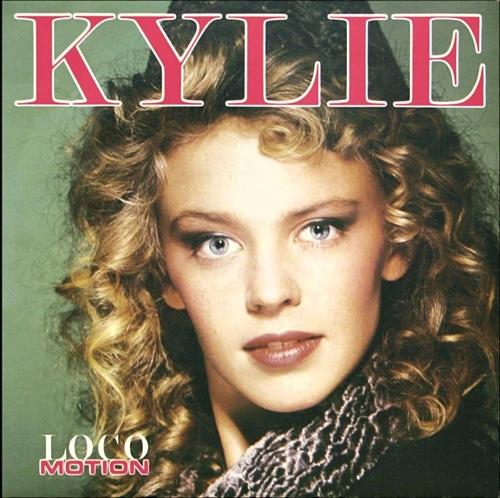 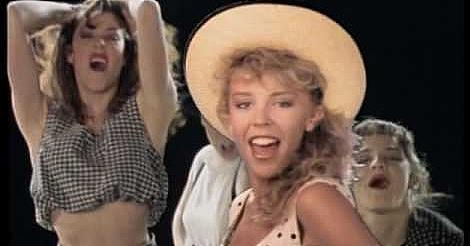 Lyrics for The Loco-Motion