Laura Branigan's chart success was short-lived here in the UK, with "Self Control" being one of only two major hits for the American singer and actress. Her first was "Gloria" which reached #6 in 1982. Her second hit was "Self Control", a cover of a single that had been released earlier in 1984 by the Italian singer-songwriter Raf, and had been a huge hit across Europe.
Branigan's version was released on the Atlantic record label as the lead single and title track from her third studio album. It was arranged by Harold Faltermeyer and Robbie Buchanan. Buchanan also produced the single alongside Jack White. Compared to the original track, this version sounds cleaner and more minimalist, and the (oh-oh-oh) male vocal break was more emphasised by using a repeated percussion break. Personally, I prefer this version which also replaces the synth riff with a guitar riff near the opening of the song at 0:21.
Interestingly, "Gloria" was also a cover of an Italian song which was also covered by Elkie Brooks in 1980.
Chart Performance
The single entered the UK charts at #75 on 1st July 1984, in the same week that Frankie Goes To Hollywood were at No.1 with "Two Tribes" and No.2 with "Relax". The song slowly climbed the charts, spending two weeks at No.6 on the charts for 12th and 19th August, before reaching a peak position of #5 for one week on 26th Aug before slipping back to No.8.
The Video
The video (which caused much controversy at the time) starts with close-up imagery of flowers and a spooky doll which wouldn't look out of place in a horror movie. That's no surprise when you learn that the director, William Friedkin, also directed The Exorcist.
Laura is sleeping in a Chaise Lounge while her lover is sleeping in a bed in the same room. She wakes up and we then see that the room's floor is covered by a wrinkled sheet, with the chaise lounge sitting on a rug on top of the sheet. Maybe she was expecting the decorators at any moment? Laura walks to the window and pulls back the net curtains to reveal an alluring city scape. She then gets dressed and ventures out into the city.
A man in a white mask leads her through a doorway into a room full of people dressed in dance gear, having what I can only describe as a dance orgy. Branigan is uncomfortable with what she sees and flees. When she returns to her bedroom, the dance people are in her room carressing her, as the man in the white mask watches over them. She then loses her self control to the man, who is now bare chested.
We then see the man with wearing his overcoat again and walking to the window and disappearing. When she turns to look at her lover, he is wearing the same white mask. 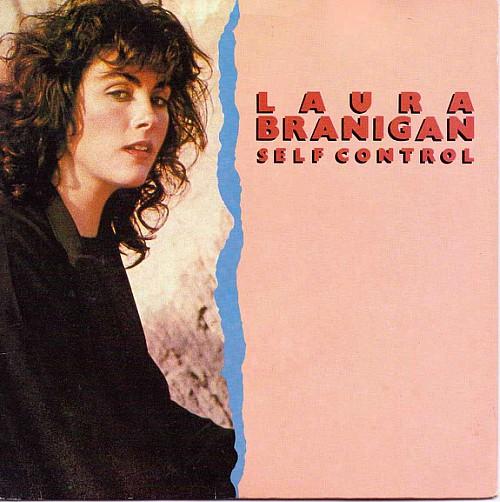 Branigan failed to replicate the success of "Self Control" in the UK, and her second single from the album "The Lucky One" stalled at #56 in the singles chart. However, the song reached #20 in the U.S. and #6 in Canada. The third single from the album "Ti Amo" would only chart at #55 in the U.S. and #100 in the UK, although it was a No.5 hit in Canada and a No.2 hit in Australia.
Laura died in her sleep from an undiagnosed brain aneurysm on August 26th 2004, aged 52.

Lyrics for Self Control 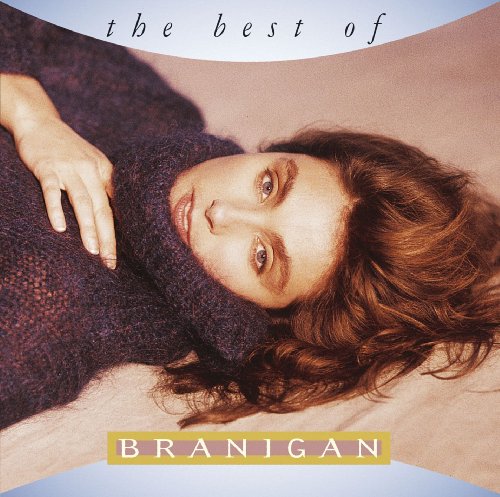 The Best of Laura Branigan