In the first video (above), you can see London Boys performing "London Nights" on Top Of The Pops. You can view a different video further down the page.
London Boys follow-up single to their first chart hit "Requiem", became the europop duo's biggest hit, reaching #1 in Finland, #2 in the UK, #4 in Ireland, #9 in Switzerland and #24 in Germany, the country which they were residing in at the time.
Lifted from the album The Twelve Commandments of Dance (second edition), "London Nights" entered the UK singles chart at #19 on 16th July 1989, reaching #3 on 2nd July, where it remained for two weeks. The single climbed to a peak position of #2 on 25th July, being held off the top spot by Sonia with "You'll Never Stop Me From Loving You".
Back in the 80s, many artists would release numerous remixes of their songs, and London Boys didn't disappoint, releasing several versions on 7", 12", 12" Remix and CD singles, including Single Version (4:00), London Days (Instrumental) (3:56), Maxi Version (8:22), London Remix (7:33), 12" Version (8:10) and Continental Remix (7:40). Most of the remixes were created by Pete Hammond.
The track was written and produced by Ralf-René Maué and the artwork for the cover was produce by photographer Andy Knight. The boys choreographer was Dennis Fuller, who also provided the backing vocals.
The duo's final single, "Kumbaya", was released in 1995 to promote their compilation album Hallelujah Hits. Their last single to chart in the UK was the 1990 single "Freedom" which reached #56.
The boys were at school together in Greenwich, London, but moved to live near Hamburg in Germany in 1981. They teamed up with producer Ralf-René Maué in 1986. 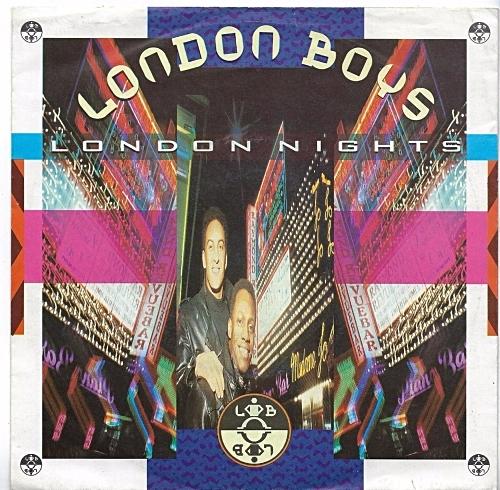 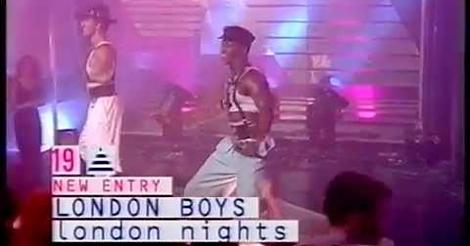 London Boys on BBC Top Of The Pops in June 1989

This Special Hit Compilation released in 2015 includes 10 Hits & Rare Tracks, 4 Extended Hit Remix/Mix And One Special Megamix Of All Hits.