Look-In was marketed as the Junior TV Times, and in 1982 featured many comic strips relating to the U.S. and British TV shows of the time. Strips included The Fall Guy, CHiPs, Worzel Gummidge, Rock on Tommy with Cannon & Ball, Magnum P.I. and Danger Mouse. The price in this year was 18p to 20p per issue.
A new flatter logo was introduced in Issue No 38 in September 1981, replacing the 3D logo which was used during the 1970s. This logo was used throughout 1982. 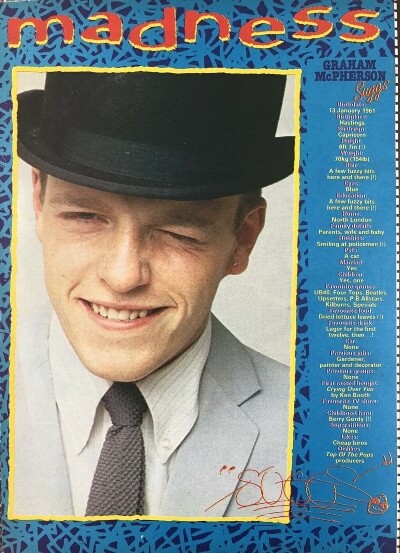 Many posters of pop stars and bands also appeared in the magazine during 1982, including this one of Suggs which featured on issue No.46 - week ending 13 Nov 1982. 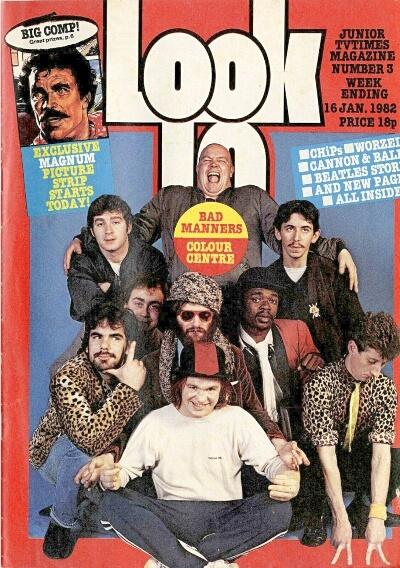 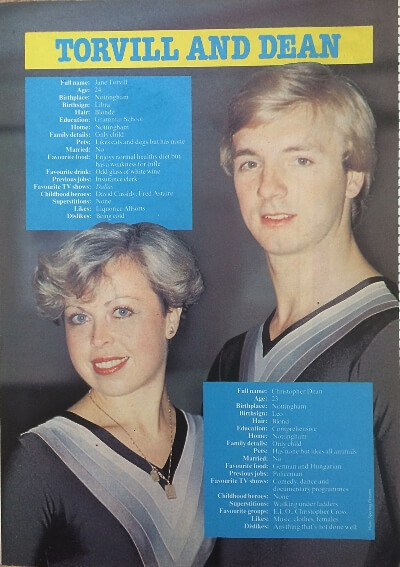 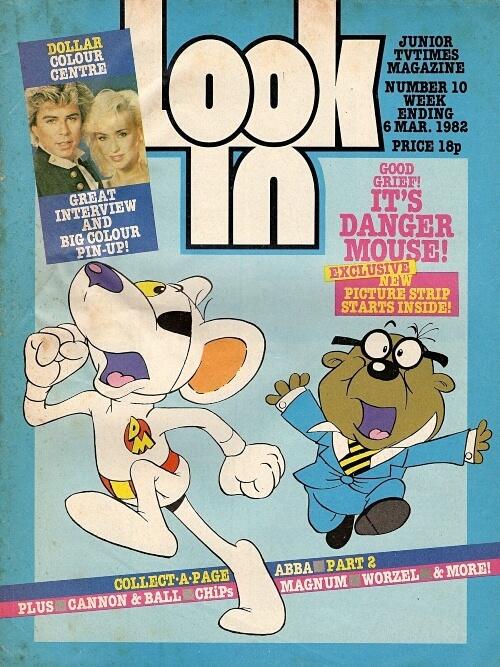 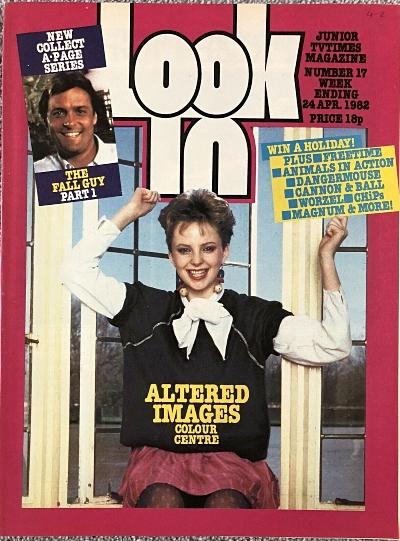 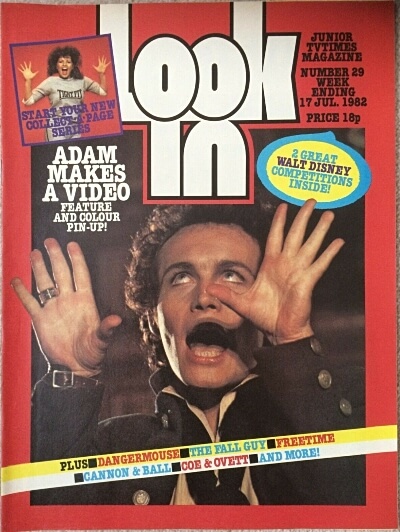 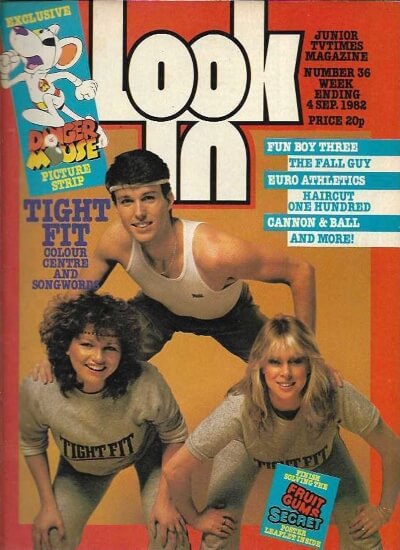 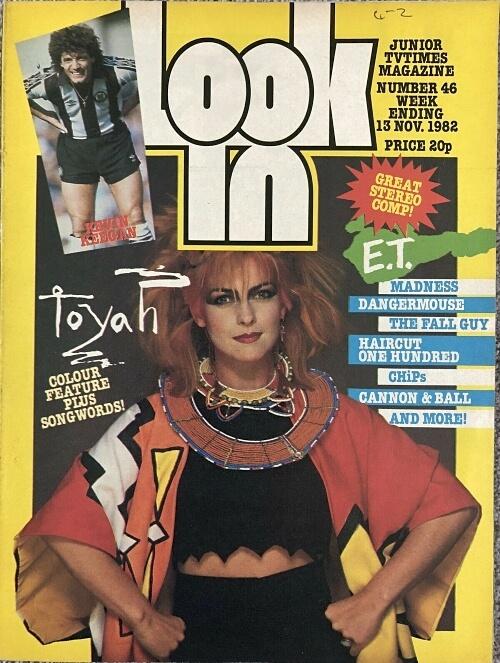 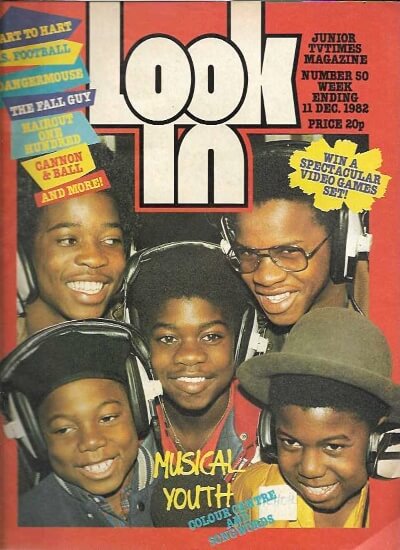