Price at £3.75, the 1989 Look-In annual features many nine celebrity faces you will recognise from 1989 on its cover, including Rick Astley, Madonna, Cilla Black and Alf. Inside there are two picture strip stories; Knight Rider: Kitt's Love Match and Black Beauty: A Dry Spell. The back cover is very disappointing in that it simply features a big yellow star and four rectangular blocks of red and blue. 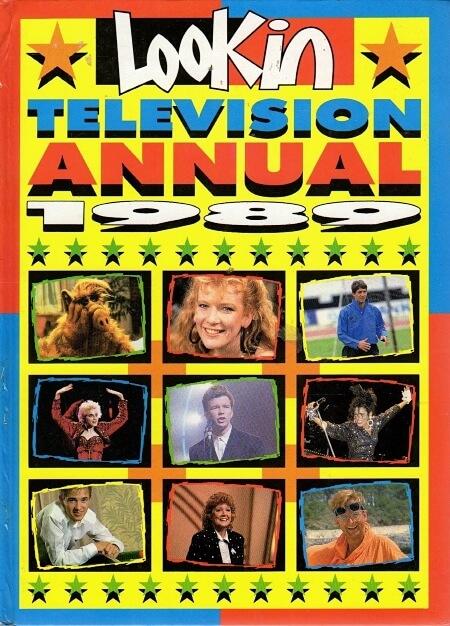 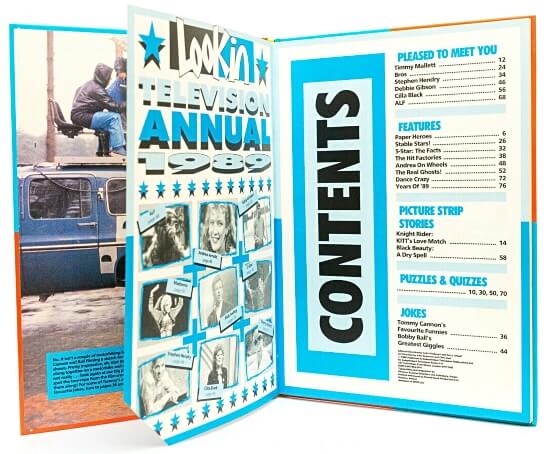