MADNESS "DRIVING IN MY CAR"

Firstly, keep an eye out for Fun Boy Three in the video above (at 1:52) who are trying to hitch a ride, with Terry Hall holding a "Coventry or bust" sign. The nutty boys drive pass them giving them a silly wave, leaving the trio laughing at the side of the road.
"Driving in my Car" the seventh of ten singles to reach the top 5 in the UK singles chart for Madness, reaching No.4 for three weeks from 31st July 1982, spending eight weeks on the chart in total - the song entered the charts on 24th July at No.6. It was also the band's thirteenth consecutive Top 20 hit.
The song was released as a stand-alone single, but was later included on the 1986 compilation album "Utter Madness". It was penned by the band's keyboardist Mike Barson and produced by Clive Langer and Alan Winstanley. The single also reached #3 in Ireland and #20 in Australia.
"Driving In My Car" was included on the re-release of the album The Rise and Fall, along with its two B-sides. Talking of which, both the 7" and 12" vinyl releases included a re-worked version of "Tomorrow's Dream" entitled "Animal Farm (Tomorrow's Dream Warp Mix)". The 12" also included a re-worked version of the A-side entitled "Riding On My Bike", with the lead vocal provided by the band's saxophonist Lee Thompson.
In the video, we see the band dancing around in a workshop pretending to be mechanics, while lead singer Suggs is sat in a white Morris Minor wearing a straw boater hat with a white shirt and bow tie. We then see the whole band dressed in similar attire all crammed into the Morris Minor (which has an 80s style sun strip across the windscreen with "Maddiemobile" printed onto it) and driving along a high street. We also see the band performing with their instruments in a white studio and wearing additional white blazers, the car is also in their with them!
The band's previous single "House Of Fun" which was released in May 1982 topped the UK singles chart. 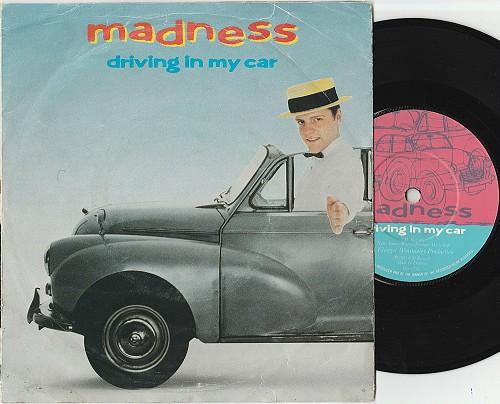 I would like to quickly mention that I once had the misfortune of driving a Morris Minor to deliver it back to the customer at the garage where I was working in the late 1980s. Being a 1950s car, it took a lot of effort to drive, with heavy steering and poor brakes. Changing gear was a nightmare, and the acceleration left a lot to be desired - the amusing line in the song "I had her up to 58" rings very true with me. I also managed to stall the car several times, leading to an angry queue of traffic behind me tooting their horns in frustration! 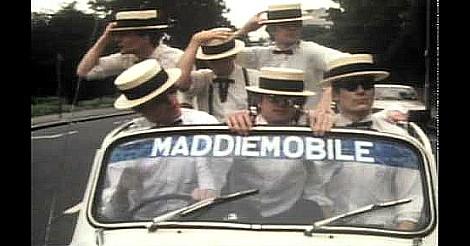 "The Nutty Boys" in their Maddiemobile 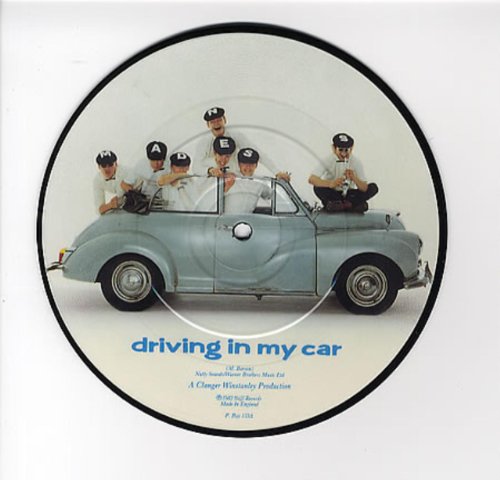 Driving In My Car - vinyl single 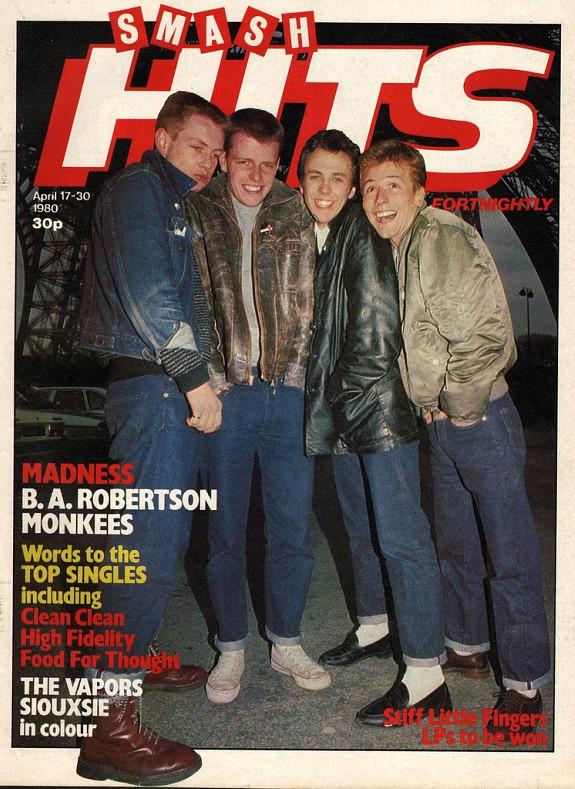 Lyrics for Driving in my Car 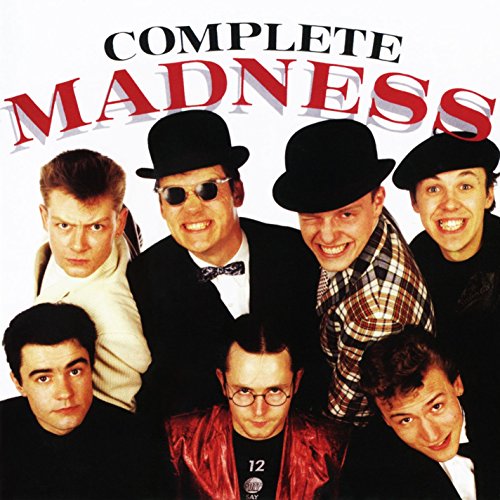 The Beat - Can't Get Used To Losing You