MADNESS "WINGS OF A DOVE"

"Wings of a Dove" was released as a non-album single during August 1983, entering the UK singles chart at No.19 on 14th August, while KC and the Sunshine Band were at No.1 with "Give It Up". The single became the band's fifteenth consecutive top 20 hit, reaching a peak position of No.2 on 4th September - UB40 prevented Madness from reaching No.1 with "Red Red Wine". However, the single did reach No.1 in Ireland.
The single was later included on the U.S. version of the album Keep Moving. It was also included on the band's third compilation album Utter Madness which was released in November 1986.
The 7" vinyl featured "Behind The 8 Ball" on the B-side. The 12" vinyl featured three tracks; "Wings of a Dove (Blue Train Mix)", "Behind the 8 Ball" and "One's Second Thoughtlessness".
"Wings of a Dove" was written by Suggs and Chas Smash, who shared vocals. The musical style is quite different for the band, with Creighton Steel Sounds providing the sound of steel drums and the sound of a gospel choir, which was The Inspirational Choir of the Pentecostal First Born Church of the Living God.
The video starts with the band's bassist Mark Bedford wearing round glasses and a bow tie pretending to be a market researcher, interviewing people at the market about whether they have heard of the band and song. He interviews some people with a banana instead of a microphone.
Next, we see everyone involved in the song's performance boarding a plane, with Chas Smith pretending to be the pilot. At one point, we see the band on the wing of a plane. Near the end, after Chas loses control of the plane, the band bail out in a white, first generation Iveco Daily van which is attached to multiple parachutes. However, it still crashes to the ground. The footage of the Iveco van on parachutes was actually filmed for a French TV ad for the van. The director of the video and owner of Stiff Records, Dave Robinson, had already bought the footage with the idea of using it in a Madness video, and he decided that this was the right song for it. 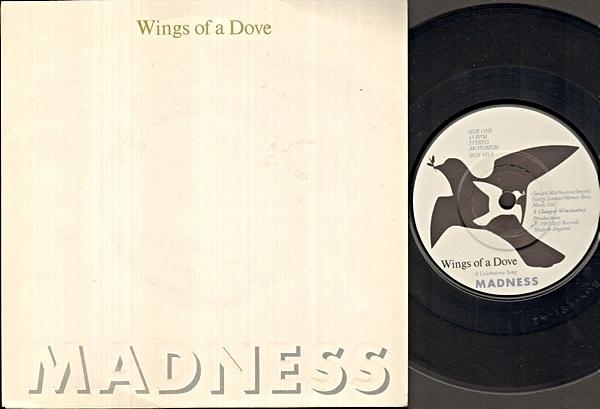 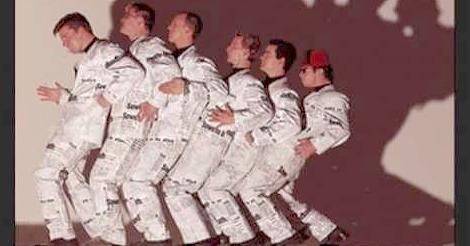 Wings of a Dove Lyrics

Wings of a Dove at Wikipedia

Driving in my Car