Madonna "Crazy For You"

"Crazy For You" was one of Madonna's biggest selling singles of the 1980s, selling around 2 million copies in the U.S., and 670,000 copies in the UK. The song reached No.1 in the U.S., Canada and Australia.
It entered the UK singles chart at No.25 on 2nd June 1985, making it the second-highest entry that week - David Bowie entered the chart at No.23 with "Loving The Alien". The single reached a peak position of No.2 on 23rd June, while Sister Sledge were at No.1 with "Frankie".
"Crazy For You" was penned by John Bettis and Jon Lind for the soundtrack album to the movie Vision Quest, in which Madonna makes a guest appearance and performs the song, along with "Gambler". 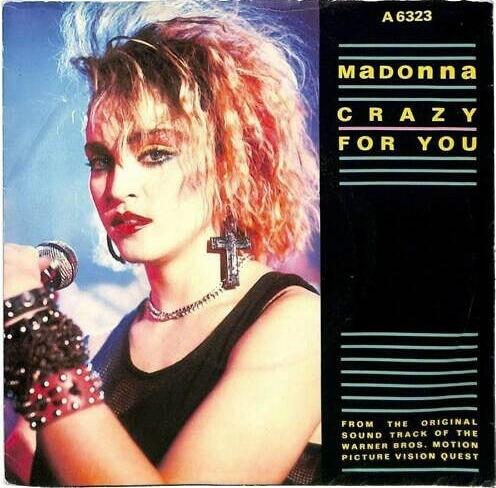 The coming-of-age wrestling movie was only moderately successful at the box office, and reviews were not particularly favourable. Nonetheless, the film has since become a cult classic.
The single was produced by Madonna's then boyfriend John "Jellybean" Benitez, although he was more used to producing more upbeat pop songs, so found it a real test of his production skills. The producers were not exactly impressed with early versions of the song, so Jellybean asked Ron Mounsey to re-arrange it to make it a hit worthy single.
The song was also the first ballad to be released by Madonna, and Warner Bros were not keen on the song being released by Geffen Records, as it was a break away from her usual style. Also, they were still promoting her Like A Virgin album, with more singles still yet to be released from the album, and thought it would be a distraction. They needn't have worried, though, as the singles "Angel" and "Dress You Up" were top five hits in both the UK and US.
"Crazy For You" was well-received by the critics, and was nominated for a Grammy award in 1986 for "Best Female Pop Vocal Performance".
Songwriters Bettis and Lind thought that the musical director Phil Ramone was joking about his choice of vocalist for the song, and were dubious about her vocal capabilities, particularly as they were only familiar with the singer's bubble gum pop singles "Borderline" and "Lucky Star". The single certainly helped to give Madonna a more credible image, and she performed the song in one take, apparently!
Indeed, this was the first song to truly showcase Madge's singing capabilities, and its success led to the film being renamed "Crazy For You" for some European releases.
The B-side of the UK 7" single (sleeve featured above) featured the track "I'll Fall in Love Again" by Sammy Hagar. The B-side of the US 7 inch single featured the track "No More Words" performed by Berlin - they had their own big hit with the single "Take My Breath Away" in 1986, from the Top Gun movie soundtrack. 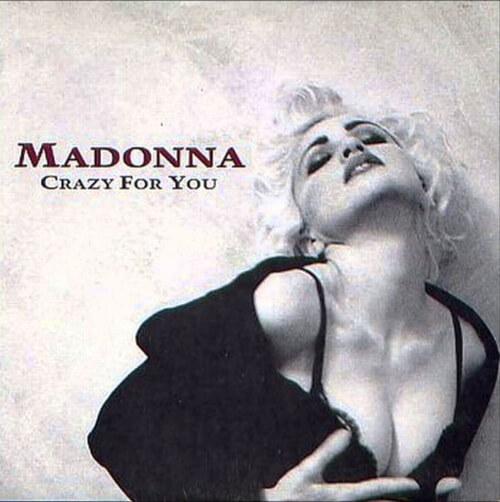 A remix of "Crazy For You" (3:45) was released in the UK during 1991. The 7 inch vinyl featured the B-side "Keep It Together" (Shep Pettibone Single Remix) (4:30). The 12 inch and CD Maxi Single feature the full length version of the Shep Pettibone Remix  for "Keep It Together" (7:45), and also the Shep Pettibone Remix of "Into The Groove" (8:06).
The single re-entered the UK singles chart at No.2 on 24th Feb 1991, but was denied the top spot once again, this time by two songs; "Do The Bartman" by The Simpsons, and "Should I Stay Or Should I Go" by The Clash. 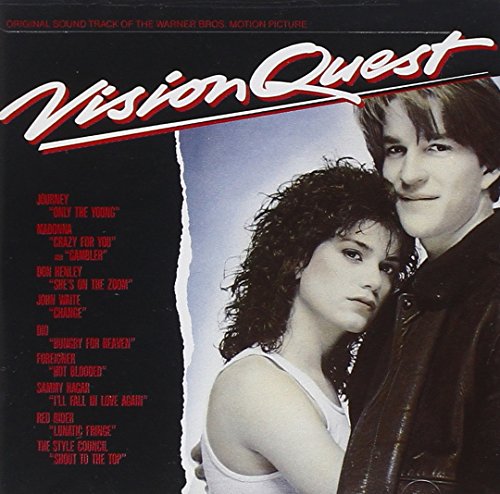