MADONNA "DRESS YOU UP"

The final single from Madonna's second album (Like A Virgin), "Dress You Up" caused much controversy with its lyrics, which I'll come to in a moment. The single entered the UK singles chart at #12 on 1st December 1985, climbing to its peak position of #5 the following week for one week, before falling back to #8. The song was released on July 31st in the U.S.
Madonna was never one to shy away from causing controversy, particularly when she upset religious groups (and Pepsi) by mixing sexual innuendo and blasphemous religious imagery in the video for her 1989 hit song "Like A Prayer". However, the controversy started much earlier than this with tracks on her Like A Virgin album, particularly the title track which celebrated sex without marriage while using religious symbolism. 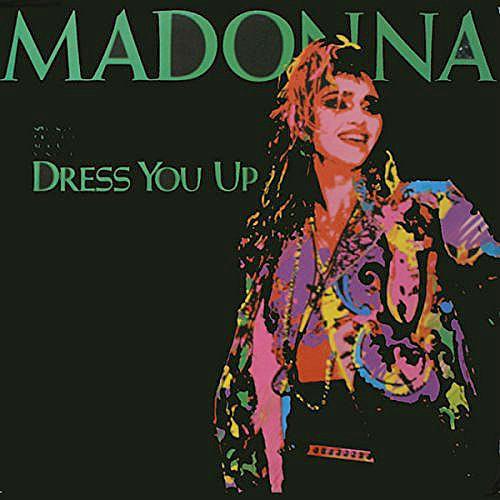 The up-tempo single (which sounds different to the original album version) sold around 5000 units more than the previous single "Angel" (210,000 in total) but this was less than a quarter of the number of sales compared to the best-selling single from the album, "Into The Groove", which sold 881,000 copies.
"Dress You Up" also reached #5 in the U.S. and Australia and reached #3 in Ireland. The song was also a hit in numerous other countries.
In the UK, the song was released as a festive limited edition, star-shaped picture disc. No music video was created specifically for the song. Instead, live footage of Madonna performing the song on The Virgin Tour in Detroit was used.
Producer Nile Rodgers had to be persuaded by Madonna to include "Dress You Up" on the Like A Virgin album, as he initially rejected it due to a lack of time to create a melody to the lyrics. These were submitted by Andrea La Russo and Peggy Stanziale who took longer than expected to write them due to other work commitments.

The song received a mainly positive reaction by the music press. However, some comments suggested that the song was "immature" and that Madonna had a "little girl voice", although the latter could be applied to many of her songs released from her early two albums. There were also suggestion that this one single release too many from Like A Virgin, with Sire Records trying to squeeze out every last drop of profit from the album. 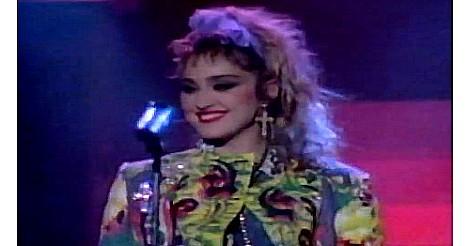 "Dress You Up" was the opening song on The Virgin Tour and this footage was used in the video. Madonna is wearing a black lace bra with a see-through crop top, cropped lace leggings, mini skirt, Crucufix earrings and necklace and punk style studded bracelets.
The religious jewellery was very controversial given the fact that the song's lyrics were pretty explicit. Indeed, the RIAA gave it an "S" rating due to its "sex and obscenity". The Parents Music Resource Center (set up in 1985 by Tipper Gore) suggested the RIAA to give this rating, as the line "I'm gonna dress you up in my love" was, in their own words, 'vulgar music'.

Lyrics for Dress You Up 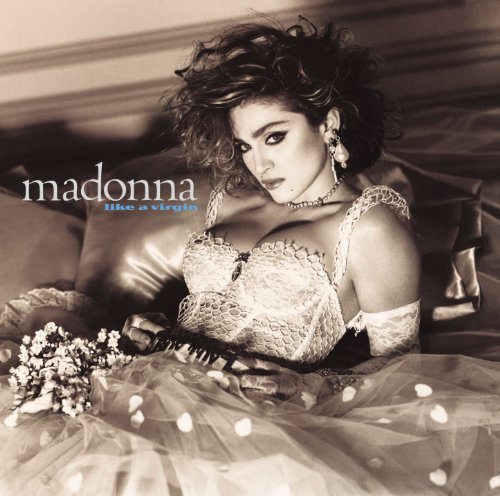