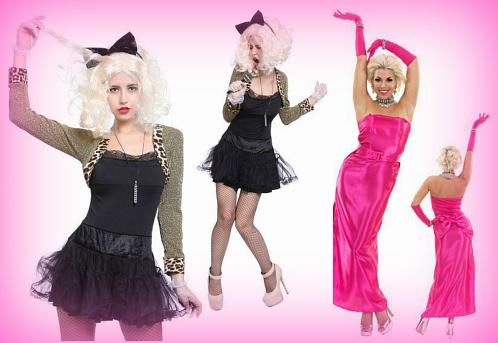 For this page, we have hand-picked the best costumes from Amazon UK and Fancydress.com that can be used to create a Madonna 1980s look. Items with too many negative reviews or inlated prices have been left out.

Simplyeighties.com is a participant in the Amazon EU Associates and Fancydress.com Affiliates Programmes. These are affiliate advertising programme designed to provide a means for us to earn advertising fees by advertising and linking to amazon.co.uk and fancydress.com. 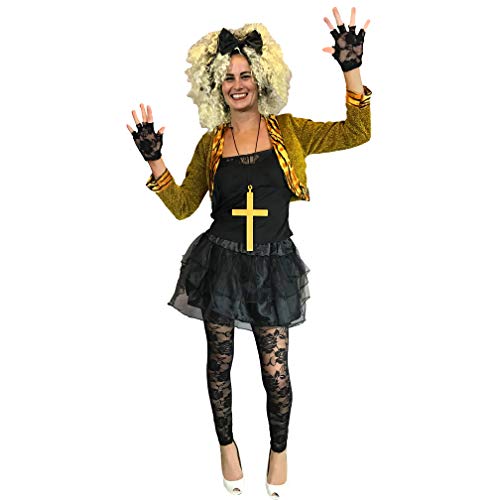 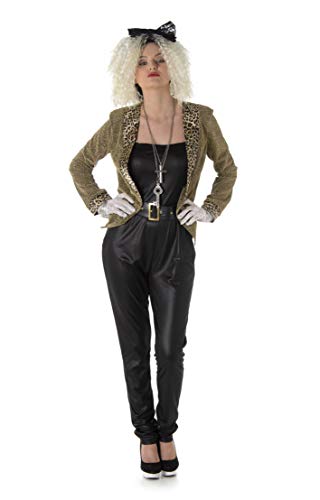 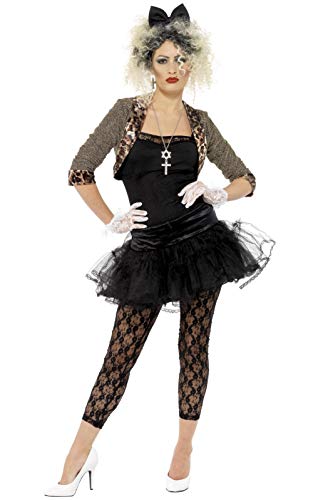 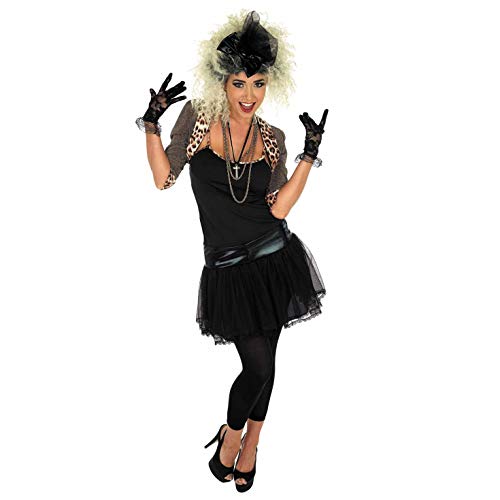 Madonna 80s Costume. Reminiscent of her Desperately Seeking Susan outfit, this is a very popular costume and includes a Bolero style jacket. S to 3XL 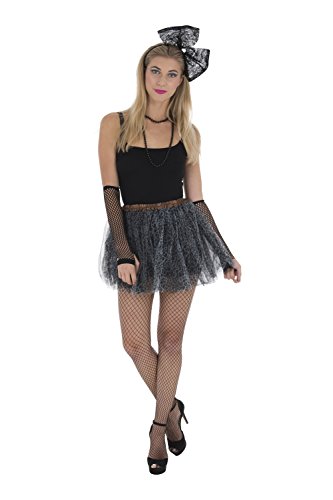 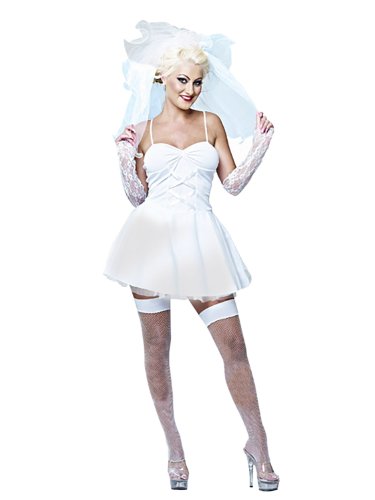 Like A Virgin Bride Costume. White dress with corset style top. X-Large only 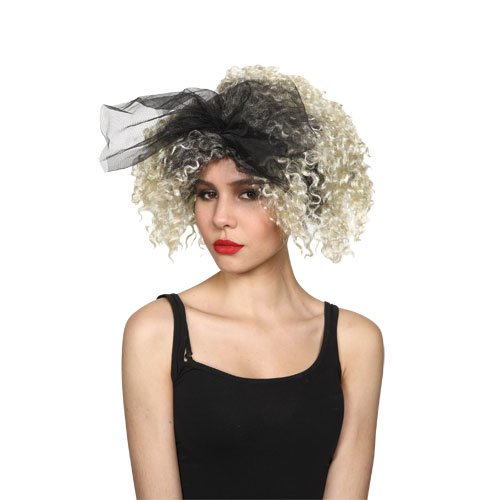 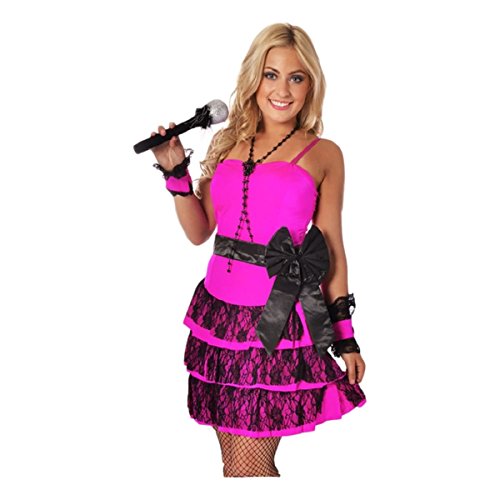 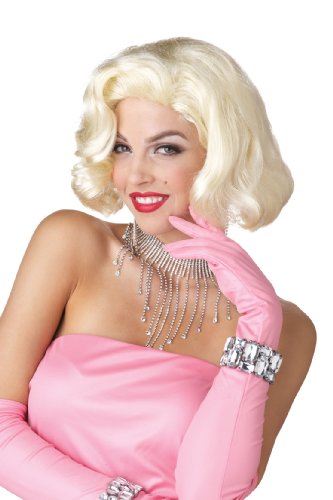 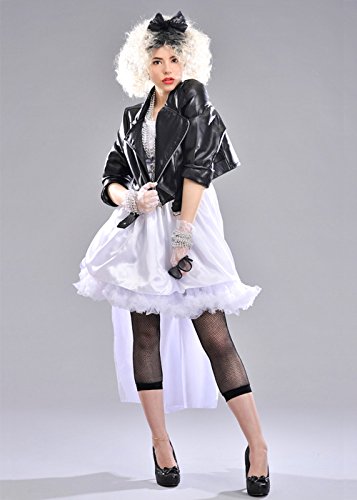 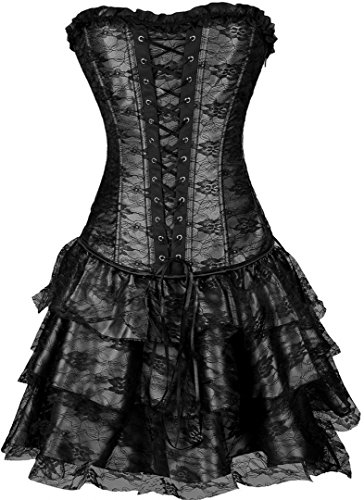 A nicely-priced gothic style outfit which is perfect for creating a Madonna 80s look. Sizes 6 to 16 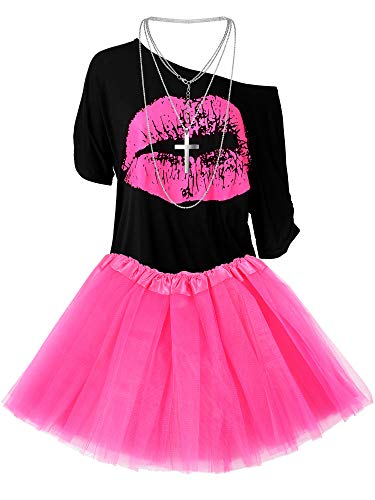 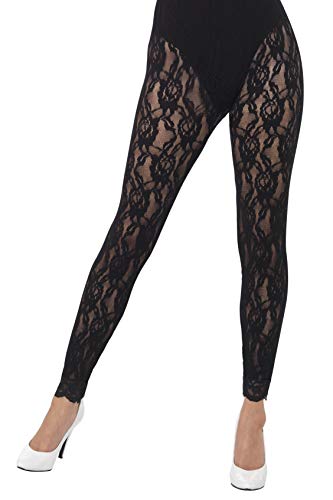 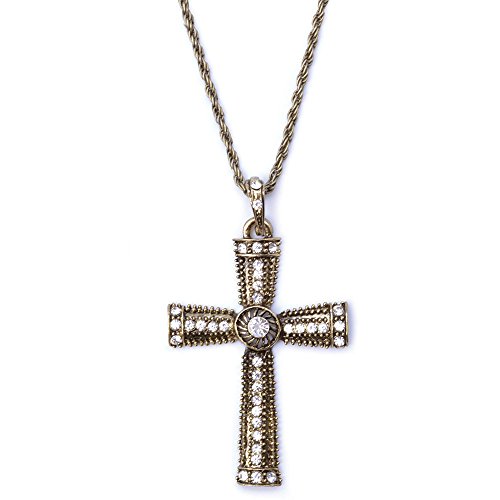 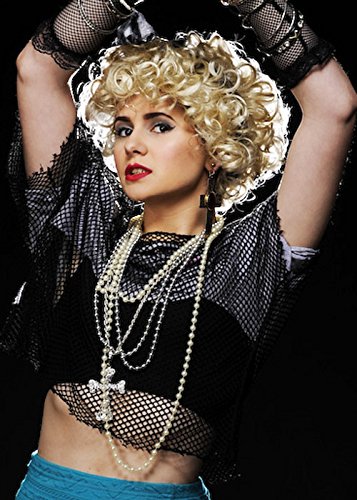 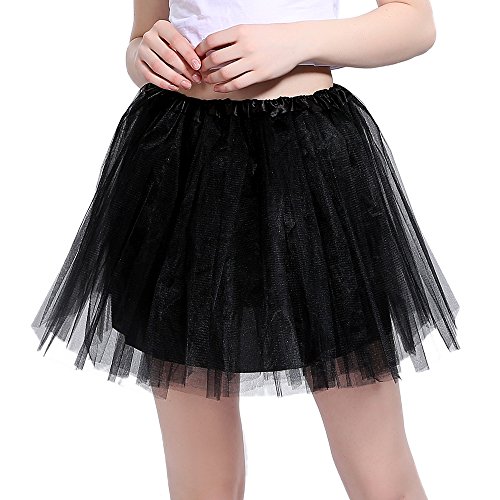 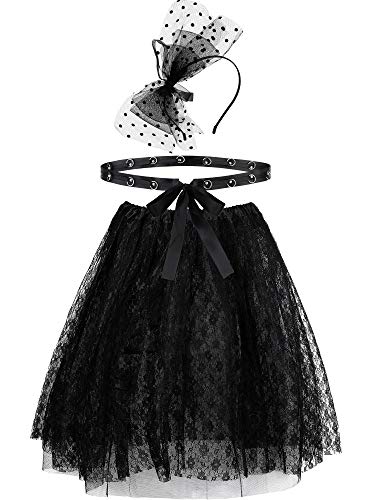 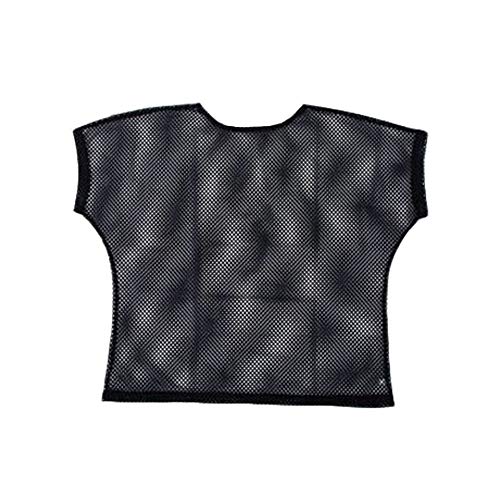 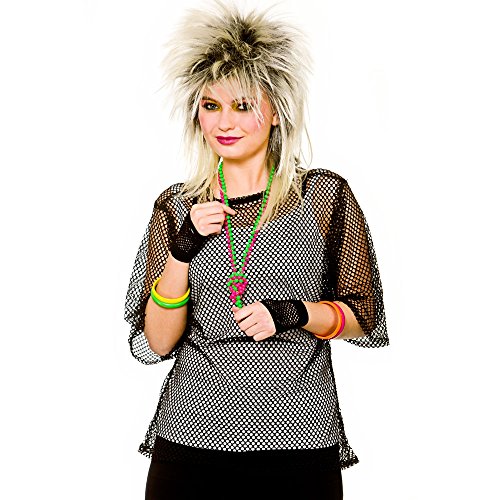 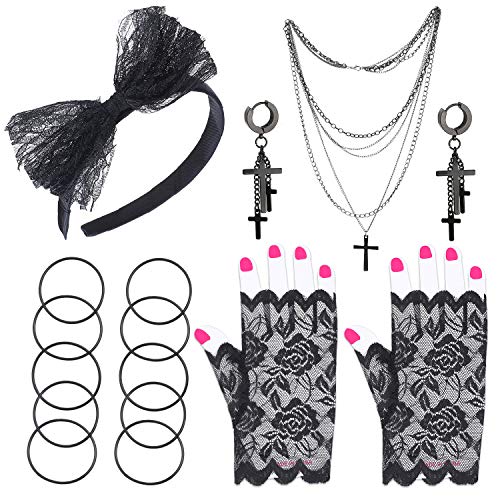 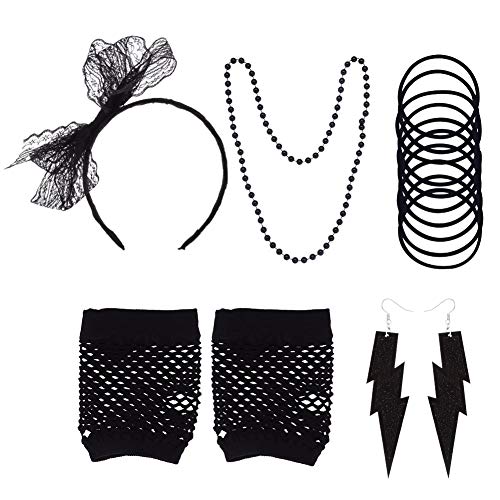 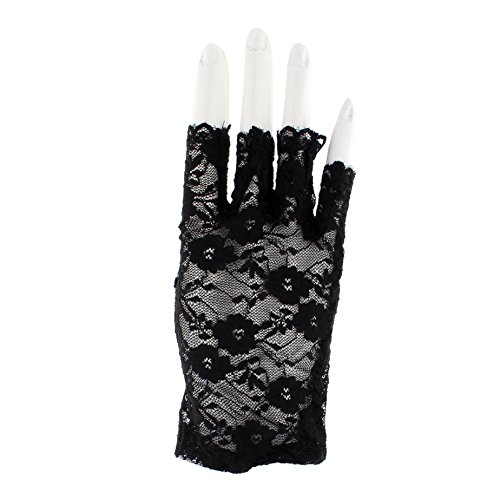 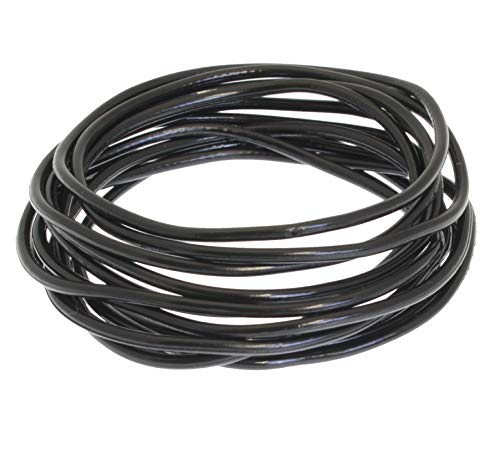 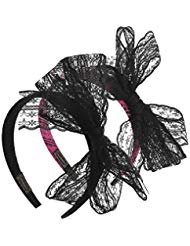 There are many more items on our Madonna Accessories page 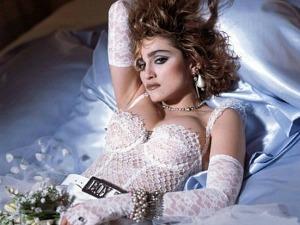 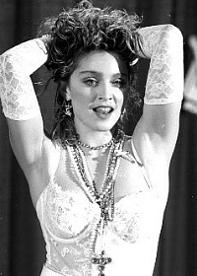 Recreate the Madonna Virgin Bride Style
The essential components needed here are long, fingerless white lace gloves, white bustier, "Boy Toy" belt and a white skirt. As you can see in the second photo, she also wore a large crucifix necklace and white and silver beads around her neck.

During her "Like A Virgin" period, Madonna actually wore a number of outfits, but we'll stick with this iconic bridal look for now to avoid confusion. You can either purchase a ready-made costume, or buy the items separately. Finding identical ones has been near impossible, but for fun fancy dress the following accessories will create a pretty decent costume.

Please note that quoted prices are subject to change.

Here we will create the style from Madonna's early career as an 80s pop star when she was releasing singles such as Borderline and Lucky Star. The main components are a sleeveless fishnet/mesh top covering a black bra (or vest top) with a stack of bracelets on the arms and a crucifix/ star earring.

There are no strict rules, though, as the pop icon wore countless outfits with many variations on the one shown here in the photo. However, here are some suggestions for the main items needed.

A black mesh/fishnet top worn over a black bra should create the main part of your costume. If you're not comfortable wearing a bra as outerwear then you could try a sports bra, cropped top or a vest/camisole top.

Add religious jewellery such as crucifix earrings and necklaces, and a stack of black and white or silver bangles and/or bracelets on each arm.

Madonna also made lace very popular and you can add lace fingerless gloves and lace tights to enhance your look.

Visit our Madonna Accessories page to get lots of ideas 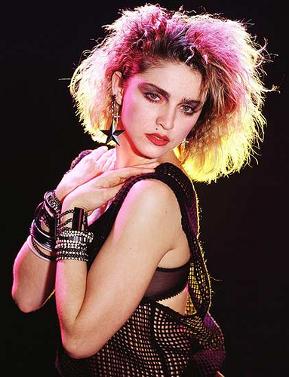 For your bottom half, go for black cropped leggings or footless lace tights.

Get more inspiration with these photos

Since Madonna first hit the music scene in 1983 with her self-titled debut album, she has gone on to sell over 200 million albums.

There is little doubt that Madonna had a heavy influence on the 80s fashion scene. In fact, she created new trends. Early on she wore messy hair with blonde highlights and lace ribbons, bows and headbands. Her arms were adorned with jelly bracelets, stacked bangles and fishnet gloves. She also wore a short skirt over her leggings and religious jewellery in her ears.

Later, Madge introduced us to the Bolero jacket (shrug), bustiers, lace gloves, the "boy toy" belt and a large crucifix necklace. Much to the horror of their parents, teenage girls wanted to copy her look and their bras became outerwear!

Many of today's artists have been heavily influenced by Madonna's iconic costumes, many of which she wore in the 80s and 90s. That infamous gold "Vogue" outfit with the pointed cones and the "Like A Virgin" wedding dress are just two outfits that spring to mind, but, of course, Madge was creating a new look on a regular basis. 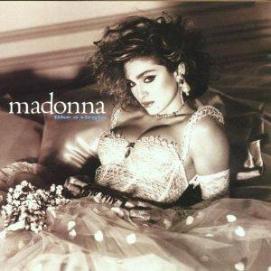