Released by Sire on January 23rd 1985, "Material Girl" was the second single to be released from Madonna's second studio album Like A Virgin, and it's most definitely my favourite track on that album. A lightly remixed version of the song later appeared on The Immaculate Collection in 1990.
The song was penned by Robert Rans and Peter Brown. The video and lyrics suggest that the song is about a materialistic gold digger who has a strong desire for the finer things in life (such as expensive jewellery), and who uses her sexuality to manipulate wealthy men into buying them for her. 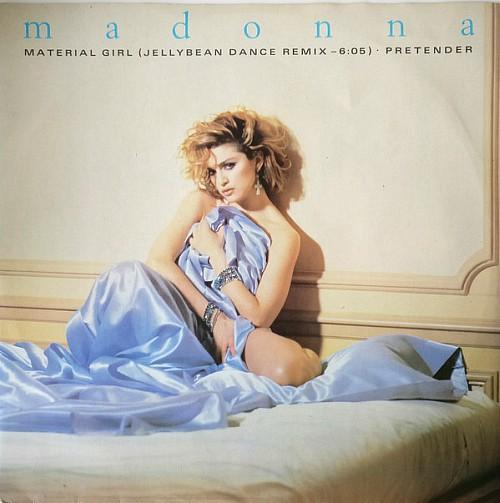 However, what is often missed is that Madonna was actually playing the role of an actress as a materialistic woman, and at the end of the video, she can be seen out of her actress role and getting into an old pick-up truck with the director, suggesting she is not actually wealthy at all. Indeed, the director pretends to be penniless as he realises that she has no interest in being showered in luxury gifts. In one scene, he amusingly hands Madonna a bunch of cheap-looking flowers in her dressing room.
The B-side on both the U.S. and UK 7 inch and 12 inch vinyl releases was the track "Pretender" (4:28). The U.S. 12 inch features the "Extended Dance Mix" (6:05) of "Material Girl" and the UK and European 12 inch single featured the "Jellybean Dance Remix" (6:05), which I believe are the same mixes, just labelled differently.
Chart Performance
"Material Girl" entered the UK singles chart a #24 on the 24th February 1985, climbing to #5 the following week. It reached a peak position of #3 for two weeks starting on March 10th, while Dead Or Alive were at No.1 with "You Spin Me Round (Like A Record)". During its second week at No.3, Philip Bailey and Phil Collins were at No.1 with "Easy Lover".
The single also reached #2 on the U.S. Billboard Hot 100, and the top five in numerous other countries including Canada, Australia, Ireland, Iceland, Belgium and Japan.

Video
The iconic 80s video for the song was directed by Mary Lambert - she also directed "Like A Virgin" and is based around the song "Diamonds Are A Girl's Best Friend" which was performed by Marilyn Monroe in the 1953 movie Gentlemen Prefer Blondes.
Madonna can be seen wearing a pink dress and jewellery, and is surrounded by handsome men in tuxedos who all participate in a choreographed routine with Madonna. The dance routine was directed by Kenny Ortega, who also choreographed the 80s movies Pretty in Pink, St. Elmo's Fire, Ferris Bueller's Day Off and Dirty Dancing.
The opening scene features the actor Robert Wuhl and Madonna's love interest in the video, Keith Carradine as a director. They can be seen watching part of the "Material Girl" video on a big screen and discussing Madonna's future as a big Hollywood star. Scenes featuring Keith Carradine are intermixed with the Monroe style dance routine throughout the video. In one scene, he amusingly hands Madonna a cheap bunch of flowers in her dressing room.
Madonna met her future husband, Sean Penn, during the video shoot.

Other Singles from Like A Virgin
The lead single and title track from the album had also reached #3 in the UK, but was a chart-topper in the U.S. A further two singles were released from Like A Virgin, and these were "Angel" (#5 UK and US) and "Into The Groove", which reached #1 in the UK. 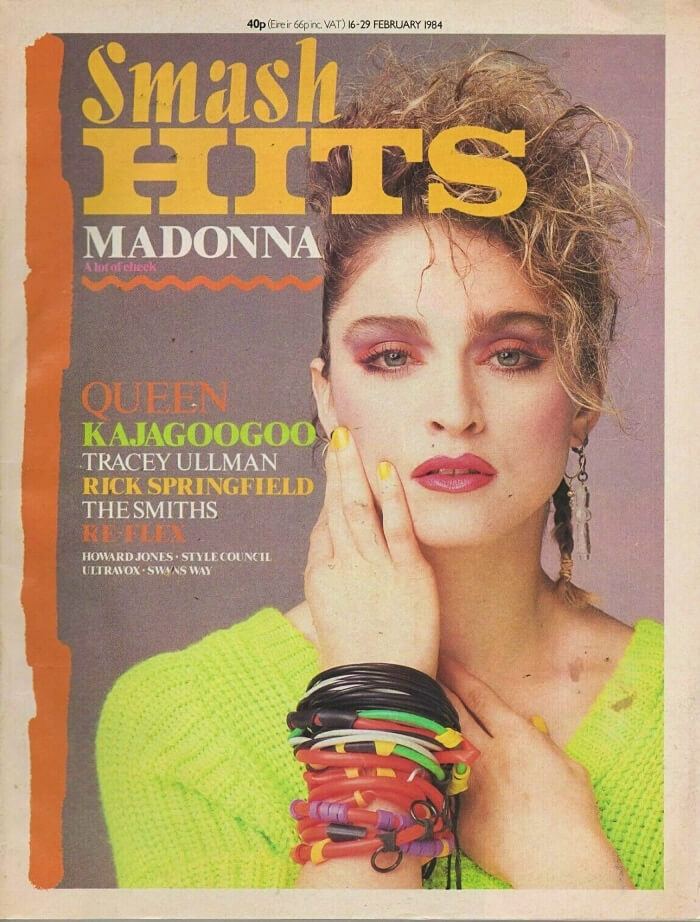 Madonna wearing a stack of bracelets on the front cover of Smash Hits 16-29 Feb 1984. 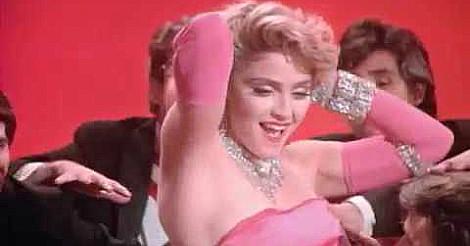 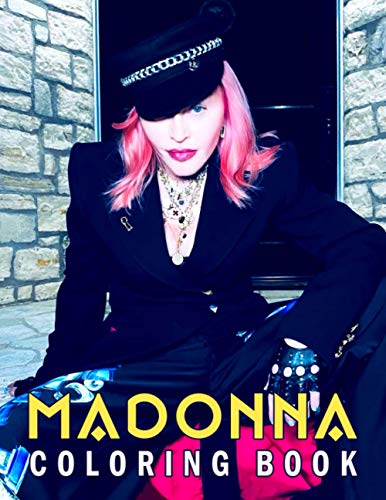