Those of us above a certain age will remember spending many an hour back in the mid eighties tearing our hair out trying to complete the platforming classic Manic Miner. Some of us now have little hair left to tear out, of course, but the golden days of gaming will be forever etched in our memories.

Inspired by the Atari 800 game Miner 2049er, Manic Miner was initially released on the ZX Spectrum, before being ported to other popular platforms including the Commodore 64 and eventually the Amiga. 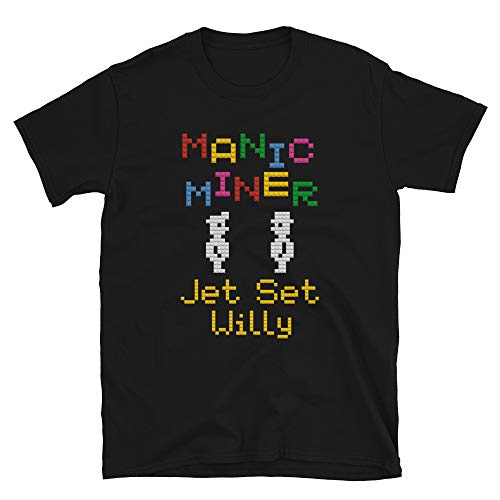 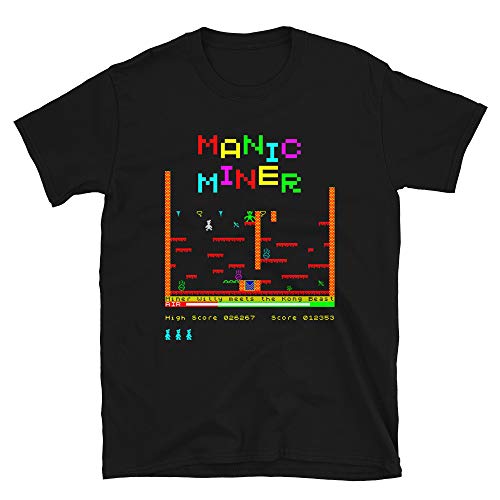 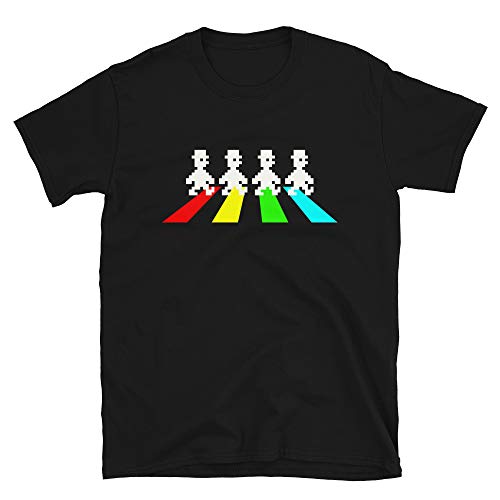 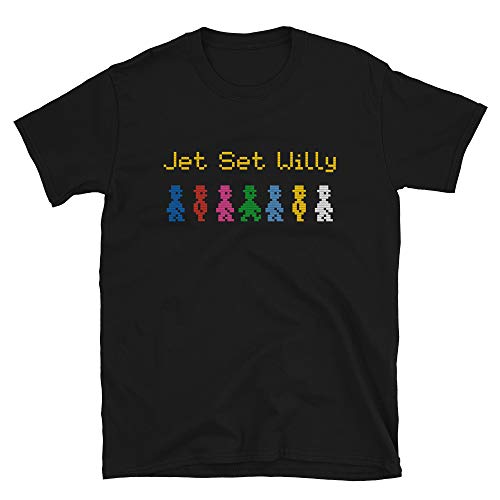 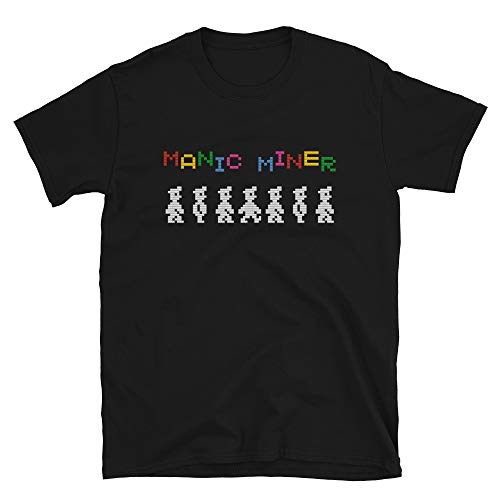 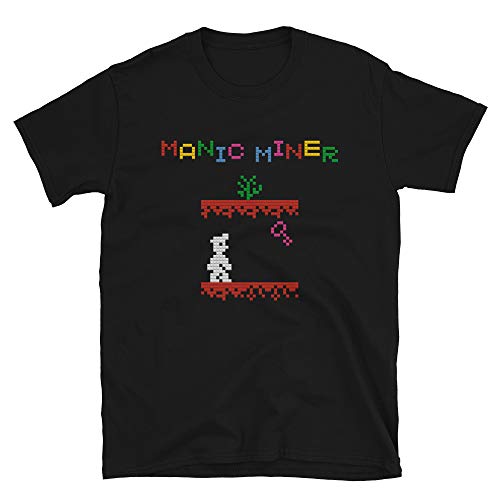 I a found several Manic Miner and Willy shirts on ebay UK which are brand new and can be bought using the "buy it now" option. You can use the generic link below to view all available designs in the UK, US, Canada and Australia. I can't guarantee that there will be anything available in your country, but it's worth a try, at least. 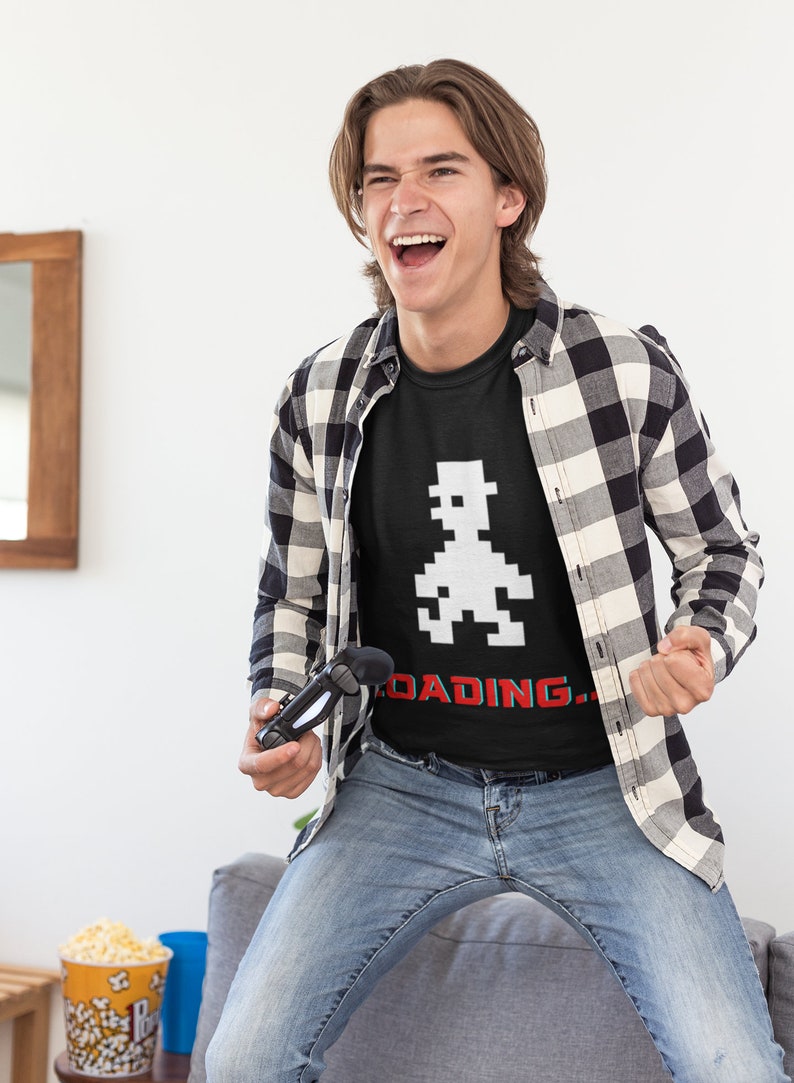 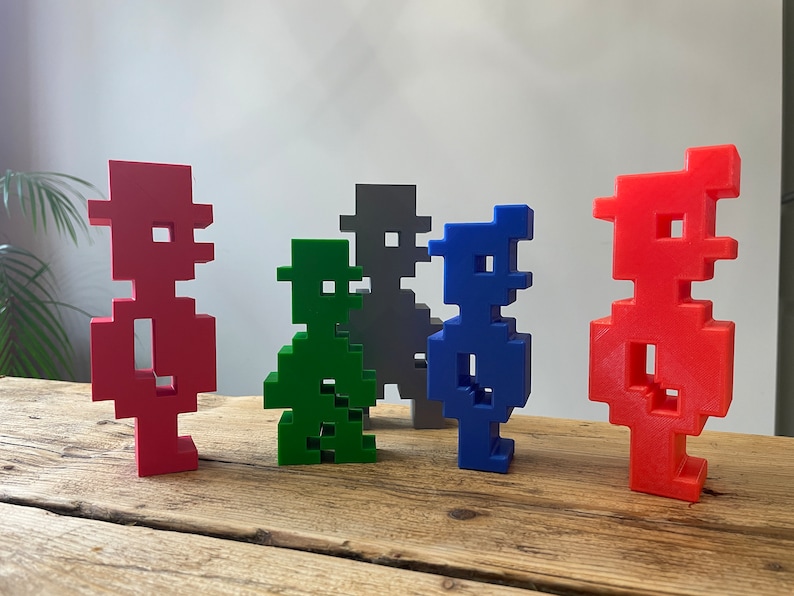 I discovered one of the best T-shirt designs at Etsy and this is available for men. I just had to include the ornament above which would add a nice touch at any retro gaming or 1980s themed party or event, maybe as a table display.

As you will appreciate, the subject matter is very niche and sources for T-shirts are pretty limited. However, I was pleased to have found several designs, and if you want something quirky and retro to wear, then a Manic Miner or Jet Set Willy T-shirt is a great solution.

Although not quite as well known as major characters such as Mario or Pac-Man, Miner Willy quickly found a cult following, and these days the coolest retro gaming fans can be seen wearing T-shirts and drinking out of mugs to celebrate a vintage platform game that once won a Golden Joystick Award in the magazine Computer & Video Games. The sequel, Jet Set Willy, was just as well received and was No.1 for many months in the ZX Spectrum charts. The setting is in Miner Willly's house, which needs to be tidied up after a party. Willy wears a hat, rather than a miner's lamp in this platformer.

Without wishing to sound rude, I really miss gripping onto my joystick and I've never really felt in full control of any game using other methods, particularly with driving games. Rotating an android device or touching arrows on the screen really doesn't float my boat.

Anyway, this article is supposed to be about Miner Willy T-shirts, so let's get down to business! 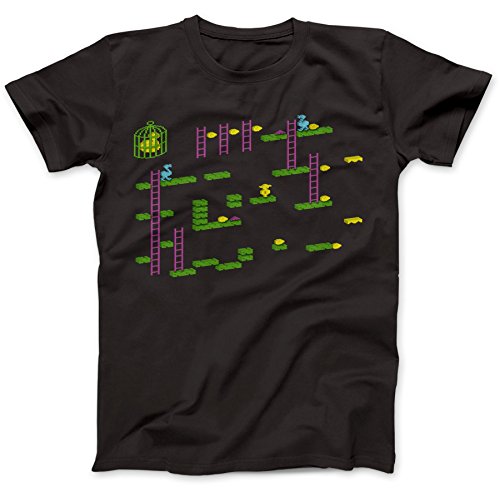 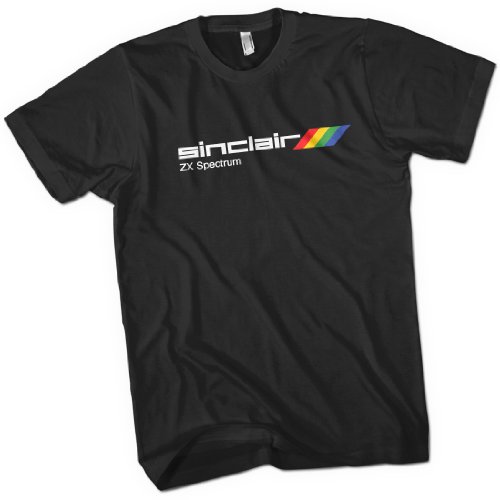