This video is an official clip (by EMI sessions) of a live performance of Kayleigh on BBC Top Of The Pops.

Marillion released five studio albums during the eighties, and "Kayleigh" featured on their third one, Misplaced Childhood. The song was the band's most successful single release, entering the UK charts at No.15 on 12th May 1985 and climbing to it's peak position of No.2 on 9th June for one week. This was also the band's only single to break into the Billboard Hot 100, although it still only managed to reach #74.

The song helped to popularise the use of the name Kayleigh for new-born daughters. The name is based on that of a girlfriend of Fish called Kay, whose middle name was Lee. THe girl in the video is not Kay Lee, as Marillion was no lober dating her at the time. It was actually the model Tamara Nowy, who Fish married in 1987.
The single's cover art was produced by Mark Wilkinson, and he produced all of the album and single cover artworks during the time Fish was the band's frontman.
Released on June 17th 1985, Misplaced Childhood was a concept album that topped the UK charts and achieved Platinum, making this the band's most successful album. It features a softer, more progressive rock sound than on previous albums, and quality rock like this is hard to find these days.

Many would argue that this is how Genesis would have sounded if Phil Collins hadn't have destroyed their sound, and for those who wore their cassette out back in the 80s, then you owe it to yourself to buy the remastered CD!Two more singles were released from the album; "Lavender" which reached #5 in the UK, making this the band's second most successful single and "Heart Of Lothian" which peaked at #29. 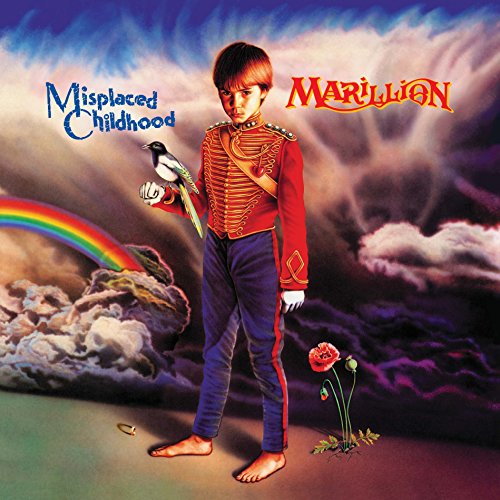